Osteopathia Striata with Concomitant Fibroblastic Osteosarcoma of the Femur. A Potential Malignant Risk?

Copyright: © 2015 Rafael OC, et al. This is an open-access article distributed under the terms of the Creative Commons Attribution License, which permits unrestricted use, distribution, and reproduction in any medium, provided the original author and source are credited.

Osteopathia striata is an uncommon sclerosing bone dysplasia that remains mostly asymptomatic. First described by Voorhoeve in 1924 [1], it is characterized by linear streaks of altered bone density in the metaphyses and diaphyses of long bones, pelvis, and scapulae, thought to arise from disturbances in the endochondral bone formation. Initially thought to be an autosomal dominant disorder, recent molecular analysis confirmed an X-linked dominant inheritance, with germline mutations of the WTX gene, causing osteopathia striata congenita with cranial sclerosis [2]. The radiologic findings of osteopathia striata are characteristic, suggesting the diagnosis; however, the molecular analysis can confirm it . 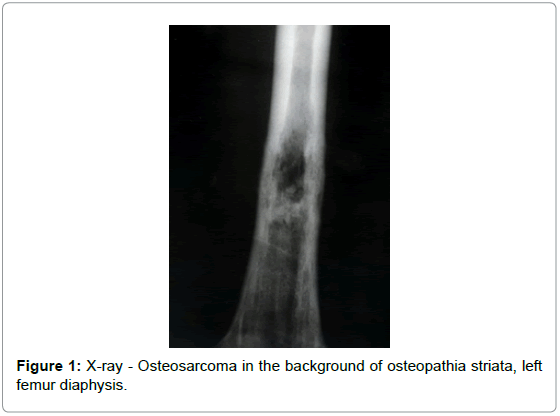 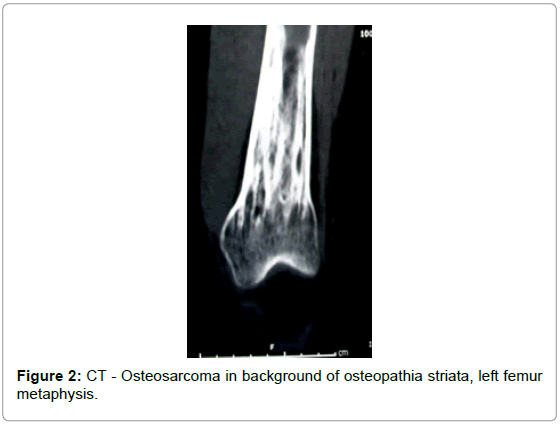 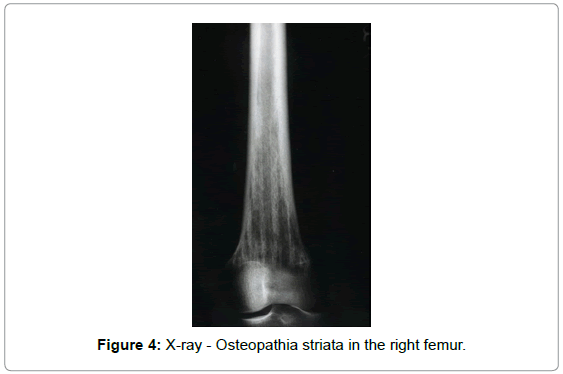 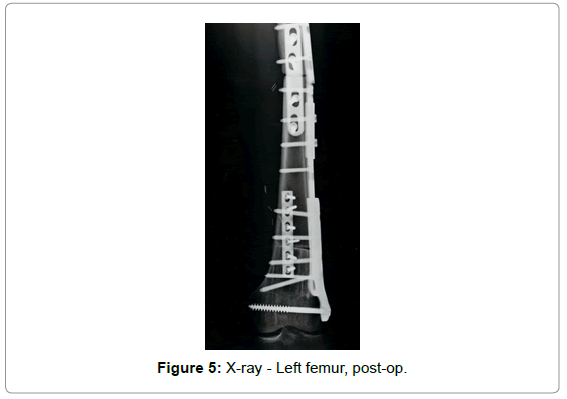 Figure 9: Osteosarcoma in the background of osteopathia striata (polarized light). 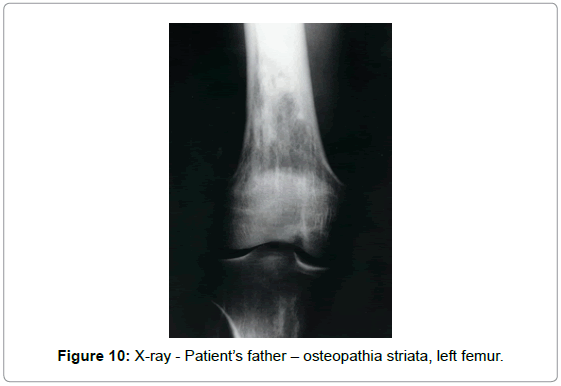 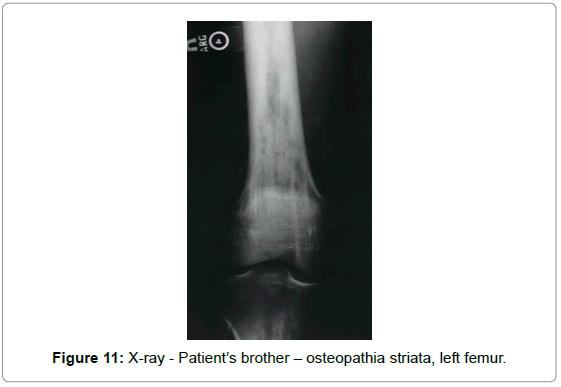 Patient underwent post-operative chemotherapy; however, six months after the treatment initiation a 6-cm mass was found in the left upper lobe of the lung with pleural seeding. Biopsies of the lung nodule, left chest wall, pericardium, and pleura showed metastatic high-grade spindle/pleomorphic sarcoma with focal malignant osteoid formation, all histomorphologically similar to the original femoral osteosarcoma (Figures 12 and 13). The patient succumbed to disease nine months after the initial diagnosis.

Osteopathia striata is viewed as presence of disturbances in development associated with the process of enchondral bone formation. Although referred to as an autosomal dominant, some studies suggested an X-linked inheritance. Most cases were reported in association with cranial sclerosis, which was lacking in our patient. Osteopathia striata is often a marker of other disorders, particularly associated with focal dermal hypoplasia (Goltz-Gorlin syndrome or Goltz syndrome) [4].

More recently, an association with cranial sclerosis with and without cranial nerve dysfunction has been described [5]. Males with osteopathia striata with cranial sclerosis show mutations of the AMER1 gene located on the long arm of the X chromosome; they don’t usually survive and the survival is associated with various internal organs malformations [6]. Other clinical associations include skin abnormalities, mucosal papillomas, eye, renal, and dental anomalies. Therapy is mainly symptomatic, directed at relieving pain.

To the best of our knowledge the current case is the first one of a high-grade osteosarcoma arising from isolated osteopathia striata, not combined with other forms of sclerosing bone dysplasia. Few cases of malignancy arising in sclerosing bone dysplasia have been reported in literature. Of the few reported ones, osteosarcoma was associated with melorheostosis in two cases [7,8], with osteopoikilosis in the third case [9], and with combined melorheostosis and osteopathia striata in the fourth case [10].

Our case illustrates an unusual concurrent osteopathia striata and osteosarcoma in a female, emphasizing the various clinical associations of this disorder. When osteopathia striata is diagnosed, other abnormalities such as cranial osteosclerosis and internal anomalies should be looked for. In addition, family members should be screened for the presence of this skeletal abnormality, as demonstrated in our case. A close monitoring might be beneficial for patients since osteosarcoma might develop. With more cases of simultaneous osteopathia striata and osteosarcoma to be reported in the future, a better understanding of the optimal follow-up and management in these patients will emerge.