P. [V27i; E114g] Compound Heterozygous State in Gjb2 Gene Could Be an Indicator of the Severity of Congenital Hearing Loss

Hearing loss (HL) is the most common sensory disorder, affecting all age groups, ethnicities, and genders. Several genes responsible for hearing loss are related to ion recycling and homeostasis in the inner ear. Mutations in GJB2 gene, the gene encoding gap junction protein connexin26 (Cx26), are most common detected in patients with congenital, recessively inherited, nonsyndromic HL in humans. In order to investigate the molecular etiology of patients with congenital, recessively inherited, and nonsyndromic HL and healthy individuals as control in a family, they were included in this study. Thus, exons of GJB2 gene were amplified by polymerase chain reaction (PCR) and sequenced. In this family, V27I missense mutation and V27I + E114G compound heterozygosity were detected in the results of sequence analysis. The V27I mutation was found in patient with severe HL and healthy individuals. The V27I + E114G compound heterozygosity was detected only in deaf patients. Based on our data, V27I mutations could be considered as a polymorphism not leading to HL. Since V27I + E114G compound heterozygosity was found only in deaf patients, it could be considered as a contributor of HL severity.

Hearing loss is the most common congenital sensory impairment worldwide [1], which affects approximately 3% of the population [2]. In most of these cases, the inheritance pattern is autosomal recessive (75-80%), although autosomal dominant (20%), X-linked (2-5%) and mitochondrial (<1%) inheritance also occur [3]. 30% of cases of prelingual hearing loss disorders are classified as syndromic, in cases where additional physical findings lead to HL; the remainders are nonsyndromic [4].

Hearing loss affects approximately 70 million people worldwide. Environmental causes, account for 50-60% of cases, can range from neonatal insults, such as prematurity, jaundice, or prenatal infection to iatrogenic causes. The genetic etiologies, account for 40-50% of cases, can be inherited as either syndromic or non-syndromic forms, or have a spectrum of inheritance patterns [2,5]. Non-syndromic deafness accounts for 60-70% of inherited hearing impairment and involves more than 100 different genes with autosomal dominant (DFNA), autosomal recessive (DNFB), X-linked (DFN), and maternal inheritance. The most common cause of non-syndromic autosomal recessive hearing loss is mutations in Cx26, a gap junction protein encoded by the GJB2gene which is located at chromosome 13 q11-12 [6]. Expression of GJB2 has been well documented in a variety of cells and tissues. In the cochlea, it is believed that GJB2 plays a critical role in the recycling of K+ by ferrying K+ away from the hair cells during auditory transduction [7].

Autosomal recessive nonsyndromic sensorineural hearing impairment (ARNSHI) comprises 80% of familial HL cases. Mutations in the GJB2, the gene encoding gap junction protein Cx26, are the largest genetic etiologic contributor to ARNSHI [7]. To date, more than 100 mutations either leading or contributing to HL have been reported in literature. The most common mutation in Europe, North America, and the Mediterranean is a deletion of 6 guanine nucleotides referred to as 35delG [2]. The V37I and V27I are other GJB2 variants, which are much discussed in literature and usually considered as a genetic risk-indicator of HL and a determinant of severity of disease [8].

It has been well documented that GJB2 mutations diverge largely among different ethnic groups. 35delG is commonly seen in Caucasians [4], although 167delT has high prevalence in the Ashkenazi Jewish population [9]. This present study was performed to determine GJB2 gene variants of a Turkish family with autosomal recessive nonsyndromic congenital HL.

(2) There exist healthy control sibling at least one.

(3) There is no evidence of any obvious syndrome. The family with hearing loss consists of 4 deaf patients and 2 healthy persons.

A familial HL case showing autosomal recessive non-syndromic sensorineural hearing impairment was included in present study as a case report shown in (Figure 1). Their hearing losses were nonprogressive and were either congenital or prelingual in onset. Cases’ disease severities are indicated in (Table 1).

Table 1: Genotype and disease severity in patients and controls. 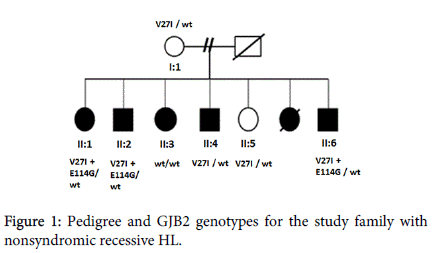 Figure 1: Pedigree and GJB2 genotypes for the study family with nonsyndromic recessive HL. 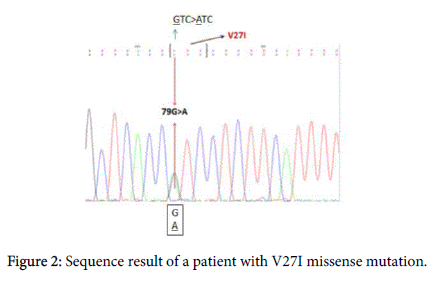 Figure 2: Sequence result of a patient with V27I missense mutation.

Results of GJB2 sequence analysis in the present study showed that V27I mutation shown in Figure 2 was found in both healthy individuals and patients with severe HL. Previous studies have indicated that V27I mutation is usually considered as a noncausative mutation when it is seen alone [10,11]. The V27I mutation was also detected in a compound heterozygous state with E114G mutation, the Glu to Gly at amino acid position 114 shown in (Figure 2), in only completely deaf patients.

In autosomal recessive single gene disorders, the allelic configurations of detected variants play a key role both in determining correct molecular diagnosis and in disease treatment [12]. V27I +E114G heterozygous state in cis markedly devastated the function of the gap junctions that have crucial role in hearing process and it has been shown that E114G mutation was always detected on the same chromosome that carries the V27I variant [13]. So the heterozygous state found in present study could be considered as contributor to disease severity (Figure 3). 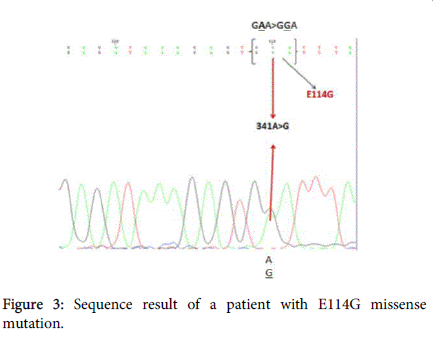 Figure 3: Sequence result of a patient with E114G missense mutation.

To date, over 20 different genes associated with recessive deafness have been identified. GJB2 gene, which is largely expressed in the cochlea, is involved in both syndromic and nonsyndromic HL with a dominant or recessive inheritance pattern. Mutation of the GJB2 gene is the major contributor to autosomal recessive HL and, to a small percentage, autosomal dominant HL. The molecular genetic analyses of the GJB2 gene in a family that consist of both HL patients and healthy individuals showed various variants depending on the severity of the disease. As can be seen in (Figure 1) showing the molecular genetic results of the family, V27I missense mutation in both patients with mild to severe HL and healthy members was identified, although V27I+E114G compound heterozygote was detected only in deaf patients.

The V27I mutation is very often found in patients with HL and it has been considered as a polymorphism not leading to HL [10,11]. Since V27I, the sequence change of the Val to Ile at amino acid position 27, was also detected in healthy individuals in the present study, it cannot be regarded as causative mutation of HL. It might be thought as a contributor because of being located in transmembrane protein domain. The V27I mutation was also detected in a compound heterozygous state with E114G mutation, the Glu to Gly change at amino acid position 114. In autosomal recessive single gene disorders, the allelic configurations of detected variants play a key role both in determining correct molecular diagnosis and in disease treatment. Depending on whether these changes are on the same (in cis) or on opposite (in trans) chromosomes, they can be considered as a causative or noncausative [12].

Previous results of in vitro functional studies on the Xenopus oocyte system demonstrated that [13]. It has been found that the V27I and E114G variants are appeared very often in both deaf probands and hearing controls and the E114G variant is always in cis with the V27I variant. Although in vitro experiments suggest a pathogenic role for the complex allele, the equal distribution of p.[V27I; E114G] in deaf probands and hearing controls makes it a less likely cause of profound congenital deafness [14] Pandya et al. suggested that when these two variants are shown together in cis-configuration, homozygous V27I +E114G or compound heterozygote with another mutation could cause hearing loss [13]. Choi et al. used in-vitro assay and population study to examine the pathogenesis of V27I and E114G variants and indicated that E114G variant is deleterious but V27I+E114G represent a nonpathogenic polymorphism and suggesting that only E114G homozygote or compound heterozygote carrying E114G type with other mutations may cause HL [15]. Also, V27I+E114G/wt genotype was found as the cause of hearing loss in a family involved in a previous study [16]. Two polymorphisms (V27I and E114G) detected in GJB2 gene were not pathogenic variants causing inherited deafness which had been described in a previous study [17]. Moreover, while p.V27I mutation is not leading to HL, V27I + R75W compound heterozygous state was reported as a disease causative mutation [18].

Based on our data, V27I missense mutation and V27I + E114G compound heterozygote detected in GJB2 gene involved in a familial HL case are nonpathogenic variants. Our study indicates that these mutations are not the main causative mutations associated with HL in this family. However, since V27I + E114G compound heterozygous state in our study was found in only deaf patients, it could be thought that these variants impair the function of gap junctions and play a role in increasing the severity of HL. This information will be valuable in considering HL cases or early diagnosis.

Copyright: © 2015 Tufan T, et al. This is an open-access article distributed under the terms of the Creative Commons Attribution License, which permits unrestricted use, distribution, and reproduction in any medium, provided the original author and source are credited.