Copyright: © 2016 Inviati A, et al. This is an open-access article distributed under the terms of the Creative Commons Attribution License, which permits unrestricted use, distribution, and reproduction in any medium, provided the original author and source are credited.

Methods: Fifty one patients (42 female and 9 male) were prospectively recruited. Patients were treated twice a week for 6 weeks as per study protocol. We have assessed the degree of fecal incontinence using the Cleveland Clinic faecal incontinence (CCF-FI) score at baseline, at 6 weeks, at 6 months and at 1 year. Also the anorectal manometric data (mean resting pressure (MRP), squeeze pressure (SP) and, rectal sensation) at baseline, at 6 weeks and at 6 months have been evaluated.

Conclusions: This study demonstrates that stimulation of the posterior tibial nerve could be an excellent procedure for the treatment of IFI. The stimulation of the posterior tibial nerve can improve the fecal continence (CCF-FI score) in the short term and this improvement is maintained after 1 year of follow-up without treatment. 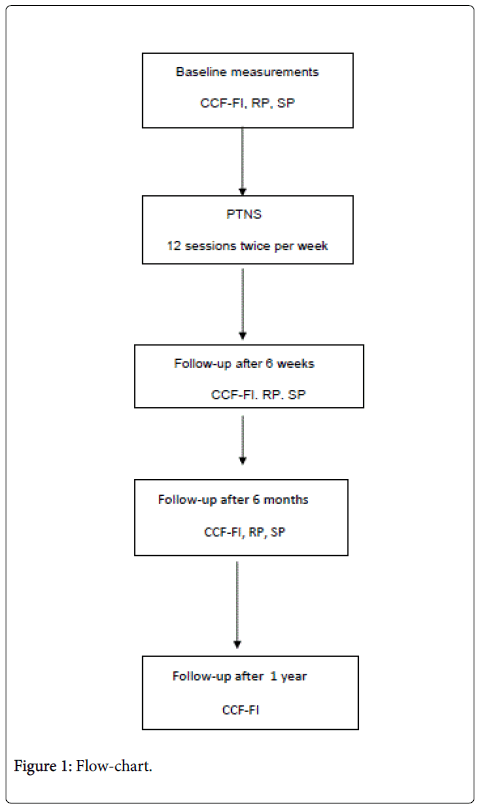 Elevation of the level of intensity of stimulation was allowed whenever the sensation faded owing to adaptation. The treatment protocol consisted of 12 sessions twice per week, with each session lasting 30 minutes.

Continuous variables and CCF-FI scores are summarized as media and standard deviation, median and 1st and 3rd interquartiles. The non-parametric Friedman test was used for continuous variables in multiple comparisons. A p value of less than 0.05 was considered statistically significant. All statistical analyses were done with XLSTAT version 7.5.

Table 1: Median and DS of manometric data and Wexner score. Figure 2: Wexner score (CCF-FI) during each phase of study. 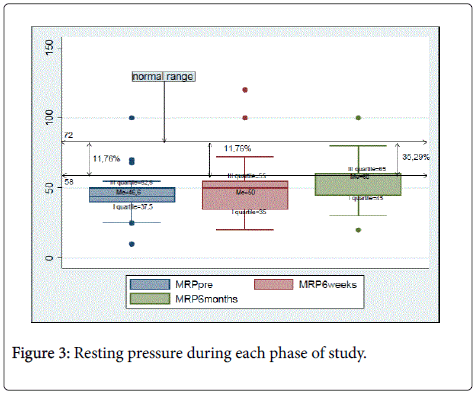 Figure 3: Resting pressure during each phase of study. 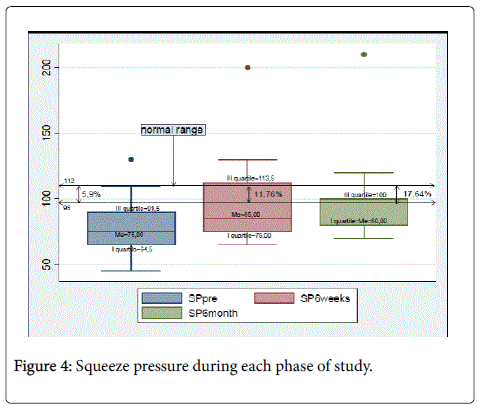 Figure 4: Squeeze pressure during each phase of study. 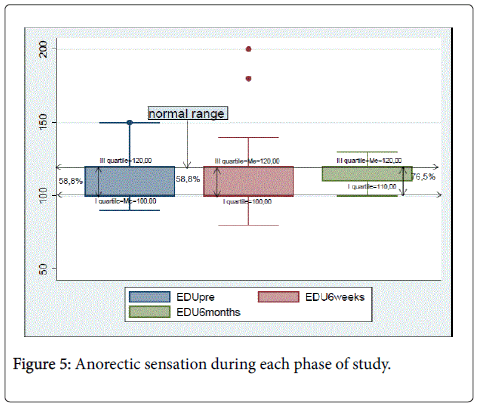 Figure 5: Anorectic sensation during each phase of study.

Therefore this method offers excellent results compared with surgery by reducing the number and severity of incontinence episodes as expressed by CCF-FI scores, through the improvement of the anal sphincters function. Tibial nerve stimulation was first used in urology to treat urge-incontinence and overactive bladder syndrome [14,15]. The exact mechanism of PTNS is unknown but some studies showed, as the current study, an increase in maximal squeeze pressure suggesting facilitation of striated muscle function [16]. Increased rectal sensitivity to balloon distention suggests that peripheral neuromodulation affects afferent sensory nerves. The tibial nerve borns from the same sacral nerve roots stimulated by sacral nerve stimulation (SNM) [17]. Cortical changes during PTNS have been described, suggesting an important role for the central nervous system. Positron emission tomography (PET) has shown that SNM increases blood flow centrally and it seems that activity in some brain areas can be changed after chronic stimulation [18].

Finazzi-Agro et al. [19] were the first to demonstrate by somatosensitive evoked potentials that a plastic cortical-level reorganization could be the mechanism of action after peripheral stimulation, and they reported close relation-ships between the P100 wave amplitude and possible clinical improvement, so that patients with a better response to treatment had higher wave amplitudes. One aspect that has not yet been clarified is the time over which clinical improvement is maintained in patients who initially respond to PTNS. The optimal treatment protocol for IFI is not known. Various different frequencies have been described in literature, varying from daily for 3 months to every other day for 4 weeks [20]. In most series with high success rates, follow-up is not adequate. There are two studies reporting a success rate of 100%, but with only 1 month of follow-up [21-22]. Follow-up is usually < 10 months in most publications. It is therefore not possible to draw conclusion from these on the duration of relief of symptoms nor on the need for retreatment. In conclusion, our study, going over 10 months, showed medium term improvements in CCF-FI score and anal manometry in patients treated with PTNS.