Plasma Cell Mastitis Resembling a Breast Cancer: A Case Report and Review of the Literature

Plasma Cell Mastitis (PCM) is a benign breast entity that occurs in females in middle age with main histopathological characteristic-infiltration of plasma cells and lymphocytes in breast tissue. The importance of PCM lies in his similarity to the breast cancer in a clinical, microscopical and macroscopical presentation. Different stages of the PCM can resemble different diseases, such as tuberculosis, periductal mastitis, inflammatory and ductal breast carcinoma. A 35-year-old woman was presented with a subareolar firm mass in the right breast, 5 cm in size, followed by nipple discharge and retraction, which clinically mimicked breast carcinoma. The patient was treated surgically. We detected centered or subareolar dilated ducts, with fibrous thickening of the wall and foamy macrophages. The sections are composed of fibro-fatty tissue, with areas of indurations that contained hyperemic capillaries and granulocytic-eosinophilic leucocytes. The exudate contained thick-tan-yellow colored secretion, cholesterol crystals, “lipophagic polyps” and calcification. Intraductal epithelium was atrophic, dysplastic with papillomatosis or squamous metaplasia. Late lesions of periductal fibrosis and “Gareland pattern” were reported. Unclear etiology of PCM, mimicking of the other granulomatous lesions and challenges in diagnosis and treatment, as described in the literature, were observed in our case. Our aim was to present rarity of the disease and challenges in the diagnosis and treatment.

Plasma cell mastitis (PCM) is a benign breast entity, without increased risk for carcinoma [1-5]. PCM mainly occurs in females at non-pregnant and non-lactating period. Its main histopathological characteristic is the infiltration of plasma cells and lymphocytes in breast tissue. There was a consideration that PCM represents aseptic inflammation of the breast that occurs as a result from extravasation of intraductal secretions into periductal connective tissue [3].

Having in mind still unknown etiological factors of this disorder, pathological similarity to the other granulomatous lesions, as well as a challenge in its diagnose on mammography (confusion induced by microcalcifications) and treatment possibilities, we are presenting this case with a review of literature.

A 35-year-old woman was presented with a subareolar firm mass in the right breast. The mass occurred after 4 years from stopping the breastfeeding. The mass was 5 cm in size, followed by nipple discharge and retraction, without axillary adenopathy, which resembled clinically to the breast carcinoma. Core biopsy has been done and diagnosis “chronic mastitis” was established. The patient was treated surgically by wide excision, going up to subcutaneous mastectomy (this is considered as the most effective therapeutic method for this benign breast cancer in order to avoid recurrence) with a complementary corticosteroid therapy that have been recently shown to be effective for this disease. Our patient is without the recurrence during past two years after the surgical treatment. We detected centered or subareolar dilated ducts, with fibrous thickening of the wall, foamy macrophages and cheesy material in the lumen; further, calcifications and periductal fibrosis, which was also considered as a conspicuous finding. We have discovered early and late ductal and periductal lesions. The sections are composed of fibro-fatty tissue, with a subareolar or centered dilated ducts and with areas of indurations, that contained hyperemic capillaries and granulocytic-eosinophilic leucocytes, resembling a carcinoma, alongside granulation tissue and hyperemic capillaries (Figure 1A). The exudate contained thick-tan-yellow colored proteinaceous secretion, cholesterol crystals, “lipophagic polyps” and calcification. Periductal and perilobular inflammation with prominent plasma cells, lymphocytes, foamy histiocytes and eosinophilic leucocytes have been also observed (Figure 1B). Intraductal epithelium was atrophic, dysplastic, with papillomatosis or squamous metaplasia. Vasculitis with subocclusive hyperplasic endothelium was surrounded with both histiocytes and plasma cells (Figure 1C). Intraductal dysplastic papillomatosis was also observed (Figure 1D). Finally, we have found the late lesions of periductal fibrosis type and characteristic “Gareland pattern” (Figures 2A-2D). Figure 1: Plasma cell mastitis–early lesions. Granulation tissue with hyperemic capillaries (A, HE × 400); endothelial hyperplasia with dense plasma cell infiltrate (B, HE × 300); vasculitis with subocclusive hyperplasic endothelium, surrounded with both histiocytes and plasma cells (C, HE × 300) and followed with intraductal dysplastic papillomatosis (D, HE × 400). PCM is an uncommon chronic inflammatory disease of the breast that occurs in the middle-aged women, often 4 years after breastfeeding [1-4]. Its pathogenesis is still not completely clear. There are almost no plasma cells in normal breast tissue [13,14]. The infiltration of the breast tissue with a large number of plasma cells, B and T lymphocytes is the main feature of PCM [15]. Some studies have hypothesized that secreted chemokines and some signaling pathways (interleukin-6 (IL-6) and Signal Transducer and Activator of Transcription 3 (STAT3)) have ability to promote the differentiation of plasma cells and maintain the survival of plasma cells in PCM [16,17]. Some of the immunolocalized intercellular adhesion molecule (ICAM) 1 and 2 and E-selectin, may affect inflammatory process in PCM through the margination, extravasation, and attachment of plasma cells and lymphocytes [18]. Moreover, proinflammatory cytokines (IFN-gama and IL-12A were associated with PCM), which indicates that Th1 immune response may closely be related to this disease.

In some cases, it can be difficult to differentiate clinically, microscopically and radiological PCM from carcinoma [5-8].

Ductal inflammation in PCM can manifest by heavy infiltrates of neutrophils, lymphocytes and histiocytes, with the predominance of plasma cells [8-10]. Fibrosis, which produced skin retraction, had been mistaken with carcinoma [11,12]. There was a theory that the aseptic inflammation of the breast was due to extravasation of intraductal secretions into perductal connective tissue. The majority of cases of plasma cells mastitis appear aseptic, but some researchers have reported cases of the co-infection with Corynebacterium sp. in some European countries (United Kingdom, France and Italy) [19,20].

Common symptoms and clinical presentation of the PCM are accompanied with inflammation, breast lumps, breast indurations, erythema, “peau d’orange”, ulcerations, and even cutaneous fistulae with pus discharge. The appearance of recurrences and development of the complications such as abscess and fistulae are important characteristics of PCM [20].

Periductal and interductal inflammation is characterized with heavy infiltrates of neutrophils, lymphocytes and hystiocytes, with streaking predominance of plasma cells. Exudate is prominent around the ducts and acini. For inverted nipple in PCM, was thought to be an etiological factor where the lactiferous ducts get stenosed, which leads to the ductal obstruction.

Deposition of the milk proteins in the mammary duct could stimulate the autoimmune response followed by pathological changes in the different part of the mammary gland [11,12]. Histological picture may mimic tuberculosis, but there is no caseation in PCM and there is occlusive hyperplasia of the endothelial cells and hyperplastic angiogenesis in PCM, which is unlike to be seen in tuberculosis [10-12]. The treatment options for PCM include observation, antibiotic, steroids, drainage, excision and mastectomy but optimal treatment model is still a mystery for many researches and decision about treatment is always individually determined (depended of the pre-existing medical history and the stage of the lesions) [21-23].

The definitive treatment in our case was wide excision, after steroid therapy [11,12].

Histopathological examination is the most definitive method for diagnosis of the PCM and provides differentiation of the granulomatous mass from a breast cancer and other granulomatous diseases of infectious etiology. Acute lesions are characterized by fibrinoid necrosis, which involves segments of the full wall thickness of small arteries. Numerous eosinophils and mononuclear cells may be present in and around the vessel wall (plasma cells, lymphocytes, large number of macrophages). We also confirmed that bacterial infection with a mixture of different bacterial species is a closely associated with pathogenesis of PCM. Furthermore, PCM could be an autoimmune inflammatory disease, triggered by bacterial infection, in which progression proinflammatory cytokines are involved.

Copyright: ©2017 Katic V, et al. This is an open-access article distributed under the terms of the Creative Commons Attribution License, which permits unrestricted use, distribution, and reproduction in any medium, provided the original author and source are credited. 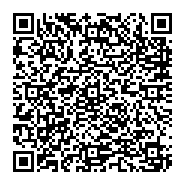