Reduction in Acquisitive Crime During a Heroin-Assisted Treatment: a Post-Hoc Study

1Institute for Human and Social Sciences, University of Liège, 4000, Belgium

3Department of Psychology, Cognition and Behaviour, University of Liège, 4000, Belgium

Copyright: © 2015 Demaret I, et al. This is an open-access article distributed under the terms of the Creative Commons Attribution License, which permits unrestricted use, distribution, and reproduction in any medium, provided the original author and source are credited.

Background: We investigated the evolution of the criminal involvement of severe heroin addicts recruited in a randomised controlled trial comparing heroin-assisted treatment (HAT) to methadone treatment.

Method: During the trial, detailed questions were asked on crimes committed and experienced at baseline and every 3 months during 12 months. We analysed our data in a post-hoc study.

Results: Severe heroin addicts included in the trial showed a high level of criminal involvement in the past but their involvement had decreased at baseline. At the 12-month assessment, crimes committed and experienced decreased significantly in both groups but the difference between the groups was not significant.

Conclusion: A new opioid maintenance treatment, with methadone or diacetylmorphine, can help severe heroin users to decrease their criminal involvement.

Drug and crime are frequently associated in case of regular use of illicit drug [1,2]. The association is especially strong between expensive drugs use, as heroin or cocaine, and acquisitive crime, as selling illicit drugs, prostitution, shoplifting and other thefts [3-5]. However, there is no definite causal link: each heroin user is not delinquent and crimes can precede or follow the first use of illicit drug [1,3,6].

Opioid maintenance treatment can help heroin addicts to reduce crimes intended to acquire income for heroin use [2,7]. If methadone treatment can help most of the street heroin addicts [8,9], for severe heroin users pursuing street heroin use while in Methadone Treatment (MT), Heroin-Assisted Treatment (HAT) is another solution [10]. Patients in HAT showed also a reduction of crimes [5,11-14].

As in other countries, heroin addiction remains a critical problem in Belgium in some urban areas. In 2007, among the 200.000 inhabitants of the commune of Liège more than 1% of the inhabitants aged from 15 to 64 were addicted to heroin [15]. Following the example of other experiments conducted in Europe [13,14,16-18] and in Canada [19], a trial comparing HAT to existing MT was conducted in Belgium. The result of the study was present elsewhere [20]. We focused our present post-hoc analysis on the evolution of the criminal involvement of the 74 heroin addicts included in the trial.

The Ethics Committee of the University of Liège approved this trial on March 16, 2010. It was registered in the European database of all clinical trials with the Eudra CT number 2010-019026-13. The trial was accepted by the National Federal Agency for Medicines and Health Products on May 7, 2010. Each participant signed the informed consent form approved by the Ethics committee.

TADAM, a Treatment Assisted by Diacetylmorphine (DAM) was a randomised controlled trial comparing HAT with MT during 12 months. Between January 17, 2011 and January 16, 2012, 74 participants were included in the trial: 36 participants were randomised in the experimental group and 38 in the control group. The detailed method of the trial has been already described in details [20].

The research team assessed participants on their criminal involvement with the Europe ASI and questions on crimes, committed or experienced. Illicit drug users are also frequent victims of thefts or assaults [3]. 13 questions concerned illegal acts committed: different forms of thefts (as shop-lifting and burglary), fencing, forgery/fraud, prostitution, selling illicit drugs and assaults (including homicide). 5 questions concerned victimisation: thefts, assaults, sexual abuse and being deceived while buying illicit drugs. For each participant, we compared criminal proceedings recorded by the public prosecutor’s department to self-reported crimes during the same period. Our analysis was mainly based upon self-reported data as drug users generally report more criminal acts than are prosecuted [21]. Prosecutions were used to verify the self-reported. If more acts were prosecuted than self-reported during the previous month, we registered the number of prosecutions.

The researchers, independent from the treating staff, assessed participants at baseline at the policlinic of the Liège University Hospital. After baseline, participants treated by DAM where assessed in the HAT centre and other participants were invited at the policlinic or, when necessary, were interviewed in prison or in their residential treatment centre. At each assessment, participants who were not (or were no more) in HAT received between 15 and 60 euro (depending on the presence of medical examination, blood and urine sample). At 12 months, the research team assessed 70 participants (35 in each group).

Participant characteristics at baseline are shown in Table 1. No significant differences were found between the groups. The retention rate in the allocated treatment centre was higher for the experimental group: 27 (74%) versus 13 (34%). The difference was statistically significant (p=0.00052) but this retention rate did not take into account participants treated in MT outside of their allocated centre or abstinent. Including all participants in opioid maintenance treatment or voluntarily abstinent at the 12-month assessment, the difference between the groups was no more significant: 30 (83%) remained in the experimental group (27 in HAT, 2 in MT and 1 abstinent) and 30 (79%) in the control group (all in MT).

Table 1: Baseline characteristics of the 74 participants randomised in TADAM trial.

Among participants criminally involved during the month before baseline (24 in the experimental group versus 23 in the control group), participants who reduced their criminal involvement after 12 months were more numerous in the experimental group (n=20; 83% versus n=17; 74%). The difference between the groups was higher if we included only participants who showed improvement after 12 months: 17 (71%) decreased criminal acts in the experimental group versus 11 (52%) in the control group. However, as shown by our main analysis (Figure 1 and Table 1), no significant main effect of the group was noticed [F(1.62)=1.46; p=0.23] and no significant interaction [F(4.248)=1.56; p=0.19], but both groups significantly reduced their criminal involvement as indicated by a significant main effect of time post-inclusion [F(4.248)=8.96; p<0.001](20). 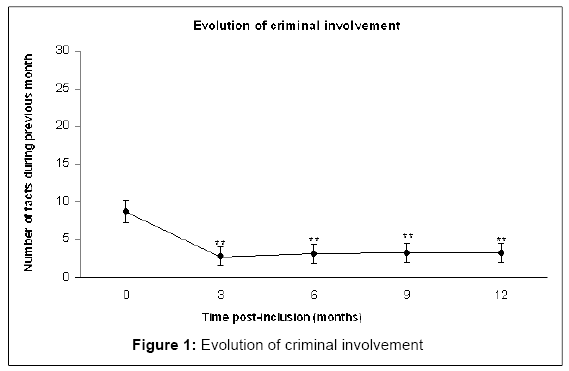 Table 2: Details of criminal involvement before baseline and before the last assessment.

Compared to participants in other trials[13,14,16-19,22], our participants showed the same level of criminal involvement in the past but were less involved in illegal activities at baseline (Table 3). The main crimes committed by our population were acquisitive crime. This lower rate of delinquency at baseline in our trial could be related to the higher rate of social assistance welfare in our population (78%).

Participants of both group decreased significantly their criminal involvement during the project. The number of perpetrators decreased more in the experimental group but the difference between the groups was not significant. Other trials found a significantly greater reduction of crimes in the group treated with HAT than in the group treated with MT [5,13,14,17]. The reduction could be a consequence of less street heroin use and detachment from the drug scene [5].

A few number of perpetrators committed a lot of crimes in each groups: at the 12-month assessment, the 253 prostitution crimes committed during the previous 6 months were reported by only 2 women (in the experimental group). On the same period, 1 participant in the experimental group reported 180 acts of selling illicit drugs and 8 participants in the methadone group reported 156 acts of selling illicit drugs. This configuration (few perpetrators and many acts by perpetrators) had two consequences: first, to find a difference between the groups, a greater number of perpetrators is necessary and, second, the great proportion of acts by perpetrator indicate a specialisation of some participants. Another evidence for this specialisation is that each perpetrator reported at the last assessment in average 1.0 type of fact during the previous months.

Although 93% of the participants reported a delinquent past, 36% did not report any offence during the 6 months before baseline and were not prosecuted. The association between drug dependence and criminality is not ineluctable even for severe heroin users.

The absence of statistically significant difference between both groups in our trial could be related to the small number of perpetrators at baseline (47 during the previous 6 months and 37 during the previous month) combined to the high number of acts committed by each perpetrator. With a small number of participants, as in our trial, prevalence is more sensible to changes than incidence. However, on a societal point of view, the total number of crimes committed has more consequences than the number of delinquents.

Participants could have underreported the number of their criminal activities to give a more socially desirable response, but, even in this case, self-reported data are more sensible than registered prosecutions [21].

Acquisitive crime linked to heroin use can be reduced by an opioid maintenance treatment as HAT. However, even a new methadone treatment for severe heroin users can also help patients to decrease their criminal behaviour related to street heroin use.

The TADAM trial was funded at 80% by the Federal Minister of Social Affairs and Public Health. It was also funded by the City and the University of Liège. Only the perpetrators were involved in the collection, analysis and interpretation of data as in the writing of this paper.

We thank each participant of the TADAM trial; the staff from the HAT centre and from the partner centres; the staff of the University of Liège who always helped us quickly to solve administrative problems; the public prosecutor’s office who let us examine the prosecution records of our participants; the staff of the policlinic of the Liège University Hospital, especially the nurses; the experts of our Scientific committee; the researchers from other countries who gave us information and helped us to visit their HAT centres; the staff from these centres; the Psychiatric Platform of Liège who invited us to the meetings of the addiction network of the Province of Liège; the founders of the trial and the Drug Cell of the Federal Public Service of Health, Food Chain Safety and Environment who were in charge of the administrative follow up of the TADAM assessment.