Ketogenic diet (KD) is also known as LCHF (Low carb high fat) diet. This diet involves carbohydrate intake typically less than 20 g per day, high amount of fat and moderate amount of protein the main aim is to low down the blood glucose level along with insulin level. After the state is achieved body use fats as a source of energy instead of carbohydrates and body becomes the fat burning machine. It is also important to limit protein because in many studies it has been proved that excess protein converts to glucose and can raise the blood sugar level [1-10].

A person is said to be in ketosis when the fasting blood glucose is between 60-80 mg/dl. The difference between ketogenic diet and other low carb diet is a low carb diet may contain much protein.

When a person is “in ketosis”, fasting morning blood glucose levels tend to average between 60 mg/dl and 85 mg/dl and blood ketone levels rise to at least 0.5 mM (with much higher levels recommended for certain conditions). These parameters distinguish ketogenic diets from other low-carbohydrate diets, which may contain much amount of protein and/or carbohydrate to produce these metabolic effects (Figure 1). 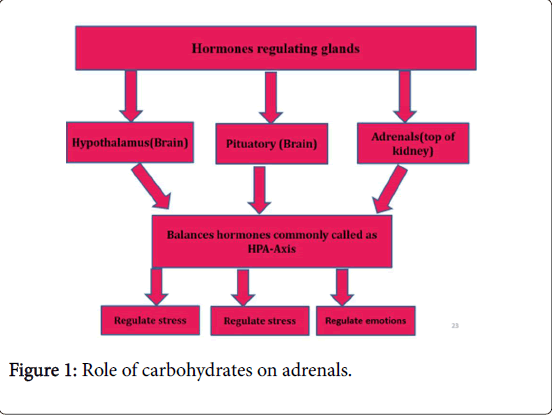 Figure 1: Role of carbohydrates on adrenals.

In long term excessive stress, exercise and poor carbs deficit diet can put high amount of pressure on glands and there will be high production of stress hormone called cortisol. And ultimately the HPA axis will disturbed [11-15].

The ketogenic diet was accepted as a remedy for epilepsy in the 1920s and 30s. The purpose of fasting in the treatment of this disease has been acknowledged to the humankind for thousands of years and was analyzed in detail by ancient Greek and Indian physicians [16-19]. An early discourse in the Hippocratic Corpus, “On the Sacred Disease,” explains how modifications in diet served a role in epilepsy management. He also explains in “Epidemics”, how a man was treated from epilepsy when he refrained completely from ingesting food or drink [20-25].

The primary modern scientific study into fasting as a treatment of epilepsy was accompanied in France, in 1911. Formerly, potassium bromide was used to cure epileptics, but these compound reduced patients’ mental abilities. Instead, twenty epilepsy patients obeyed a low-calorie, vegetarian food plan that was merged with fasting [26]. Two patients showed substantial improvements, although most could not stick to the dietary limitations. However, the diet was found to recover the patient’s mental abilities compared with the outcomes of taking potassium bromide [27].

During the initial 20th century, an American named Bernarr McFadden propagated the aim of fasting as a means of reinstating health. His student osteopath, Hugh Conklin, initiated fasting as a treatment method for monitoring epilepsy. Coklin anticipated that epileptic seizures were triggered by a toxin secreted in the intestine and recommended that fasting for 18 to 25 days could cause the toxin to disintegrate. His epileptic patients were put on a “water diet,” which he stated alleviated 90% of children and 50% of adults. Inspection of the study that was accomplished later showed that, 20% of Coklin’s patients became seizure-free, while 50% confirmed some improvement. The fasting therapy was soon accepted as a part of widely held therapy for epilepsy and in 1916; Dr McMurray informed to the New York Medical Journal that he had magnificently treated epileptic patients by prescribing a fast, followed by a diet free of starch and sugar [27].

It was in 1921 that an endocrinologist Rollin Woodyatt observed that three water-soluble compounds, acetone, β-hydroxybutyrate and acetoacetate (together called ketone bodies) were produced by the liver as a product of starvation or if they obeyed a diet rich in fat and low in carbohydrates. Russel Wilder from the Mayo Clinic termed it the “ketogenic diet” and used it as a treatment for epilepsy.

Later research in the 1960s showed that more ketones are produced by medium-chain triglycerides (MCTs) per unit of energy because they are transferred quickly to the liver via the hepatic portal vein, as opposed to the lymphatic system. In 1971, Peter Huttenlocher formulated a ketogenic diet where 60% of the calories came from MCT oil, which permitted more protein and carbohydrates to be involved in relation to the original ketogenic diet, so that parents could cook more delicious meals for their children with epilepsy. Many hospitals also approved the MCT diet in place of the original ketogenic diet, although some used a combination of the two [27].

Amenorrhea is a condition when women’s menstrual flow/Aunt flow is supressed for more than 90 days or so. The Amenorrhea is classified broadly into two categories. 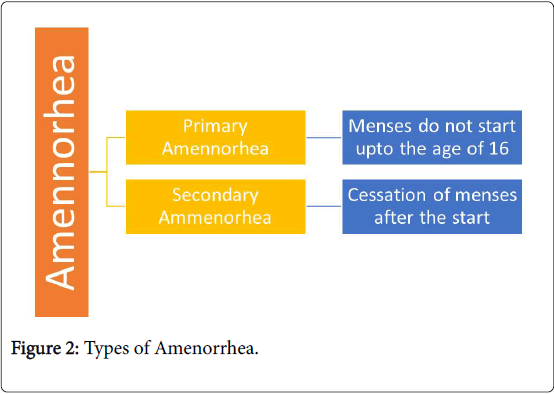 However, the most common secondary amenorrhea is hypothalamic amenorrhea which is related to exercise, stress and eating disorders such as bulimia. Studies suggest that low carb diets, too much stress enhance the stress hormone called “Cortisol”.

Amenorrhea is mostly observed in athletes, marathon runners and women’s performing exerted exercise involving low body weight. The low body weight, few carbs/calories and excessive exercise switch on body’s starvation mode. When the calorie intake and the carb intake is less than the required for maintenance of different body system problem is created.

The major problem is the estrogen deficit state which can cause infertility, vaginal atrophy and can increase the chances of osteoporosis.

In order to represent a starvation state efficiently, each patient must be as close to his or her standard body weight so that we can strategize weight loss in our patients [28].

Twenty-seven (60%) of the adolescents stated a decline in their weight during the intake of the ketogenic diet out of which seven revealed an unintentional weight loss of ≥ 25% of their preliminary body weight. At the same time, 18 patients were cured with VPA (with which weight gain is an identified side effect) while 13 (72%) were capable to lose weight. Four adolescents remarked a decrease in energy related with the weight loss, all of whom were below their ideal body weight at diet commencement.

Nine (45%) girls informed menstrual issues during the consumption of the ketogenic diet precisely, amenorrhea (six) and delayed puberty (three). Only four of nine girls with menstrual abnormalities had weight loss. One adolescent started hormonal therapy (combination oestrogen/progesterone oral contraceptive) to stimulate menses; eight experienced a return of normal menses after diet termination. One girl reported menorrhagia after diet withdrawal; this was subsequently cured with an oral contraceptive. Two individuals stated a rise in seizure activity; two, thinning hair and/or hair loss, both of which were altered with vitamin supplementation; two, increased bruising or bleeding; and two, prejudiced reports of restricted growth [28].

The gap of knowledge however still exists despite of these many research and conclusions obtained. The mechanism of working of different low carbohydrate diets in the body is still not notable. Currently, many health centers of ketogenic diet and ketogenic kitchens around the world are in popular demand. However, most nutritionist, healthcare physicians and dietitians have no accurate certification or training in the ketogenic diet. Therefore, it leads to incorrect macros calculation. It is our hope and belief that when physicians and health care professionals are sufficiently trained there will be no such problems. These questions are not answered till date, while continuous efforts are made to solve the tangled mystery of the diet. It can be foreseen that research and it’s finding will make the good utility of the same more frequent.

Of course, taking pills is the solution to turn back the hormonal system. Hormonal pills can help amenorrhea. These pills contain combination of estrogen and progesterone in low doses. These pills come in 21-day or 28-day tablet pack. However, some are taken for 5 days twice a day. And after the last dose within a week withdrawal bleed can be experienced.

But for long run for weight management along with health Paleo can be adopted.

Paleo diet is about eliminating the grains, legumes and dairy. The former two is due to the presence of phytic acid and the latter is because of lactose which is hard to digest. Paleo is a long term diet which can be followed. The differences can be collated in Table 1.

Calorie counting is now associated with a new diet fever called” IIFM”. IIFM stands for ‘If it fits my macros’. This diet targets to analyze and monitor calorie deficit state together with the account of calories coming from macronutrients/macros-Typically from carbohydrates, proteins and fats. In short, how much you are eating and what you are eating can drastically enhance the weight loss, muscle building parameters and maintain hormonal balance.

The various applications help to stay on track as shown in Figure 3. 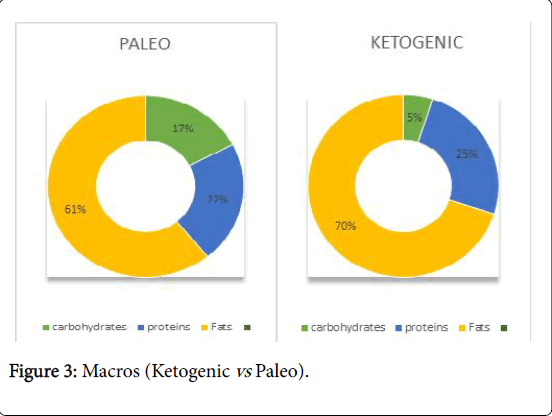 Macros manipulation is a booster for getting the hormones back on track and also requires to convince your body that it’s not in danger. This includes proper sleep, cutting of extensive cardiovascular exercises and probably eating carbohydrates in sufficient amount.

The gap of knowledge however still exists despite of these many research and conclusions obtained. The mechanism of working of different low carbohydrate diets in the body is still not notable. Currently, many health centres of ketogenic diet and ketogenic kitchens around the world are in popular demand. However, most nutritionist, healthcare physicians and dietitians have no accurate certification or training in the ketogenic diet. Therefore, it leads to incorrect macros calculation. It is our hope and belief that when physicians and health care professionals are sufficiently trained there will be no such problems.These questions are not answered till date, while continuous efforts are made to solve the tangled mystery of the diet . It can be foreseen that research and it’s finding will make the good utility of the same more frequent.

At sometimes, it is difficult to restrict yourself during social gatherings and daily busy lifestyles. Therefore, ketogenic diet being more dramatic and causes more harm to women’s hormonal system so is difficult to follow in long run. However, Paleo can produce gradual weight loss, benefits the gut, digestive system as well as do not cause any harm to hormonal system in women. So, Paleo is more likely to be beneficial.

Copyright: © 2018 Verma P, et al. This is an open-access article distributed under the terms of the Creative Commons Attribution License, which permits unrestricted use, distribution, and reproduction in any medium, provided the original author and source are credited.