Copyright: © 2016 Sabin K, et al. This is an open-access article distributed under the terms of the Creative Commons Attribution License, which permits unrestricted use, distribution, and reproduction in any medium, provided the original author and source are credited.

Numerous research has already establish blast as the continuous and devastating threat to rice production in Nepal and on the contrary Nepalese farmers do not have efficient knowledge and understanding about the complexity of disease for the management of the blast epidemic development. The most effective physical tool seems to be provision of resistant genotypes obtained against screening of different rice genotypes: effective management practices against the complexity of blast pathogen. Experiments were conducted for screening 50 rice genotypes under natural epidemic condition against seedling blast (Pyricularia grisea) in Randomized complete block design at Chitwan. Rice grains were sown on July 6, 2015 at field and disease scoring was done on 21, 24, 27 and 30 DAS; Scoring was done based on the standard scale of 0-9 developed by IRRI. Based on the result Taichung-176 and Sankharika showed the highest percentage of incidence and severity of disease. Sabitri, however, was found to be most resistant among genotypes with the lowest percentage of incidence and severity during observation.

Blast is caused by Pyriculariagrisea. It occurs in nearly all rice growing areas of the world. It is considered the most serious disease in both temperate and tropical rainfedenviroments. With increasing nitrogenous fertilizer and higher plant density, blast is known to be devastating [1].Blast was first recorded in china in 1637. The causal organism was named Pyriculariaoryzaeby Cavara in italy in 1891 and was renamed by Rossman 1990 to Pyriculariagrisea [2].

Rice is truly a crop of global importance. Almost half the world’s population, particularly in east and south east asia, depends on rice as the major source of nutritional calories [3]. Every year it is estimated that rice blast destroy food more than enough to eat for 60 million people and 50% of the rice yield is lost in the field by the occurrence of blast [4] Rice is the most prestigious food crop of Nepal. It is grown in a diverse environment ranging from tropical plains to foot of the mountain and higher elevation (3050 masl) in Chhumchure, Jumla. Nepal is considered as one of the origin center of rice. It is one of the most important cereal crops in Nepal. Rice is grown in 1440 thousand ha and the productivity is 2.56 t/ha. It contributes nearly 20 per cent to the agricultural gross domestic product. Nepal has released fifty five rice varieties with full package of growing practices in the last 40 years. The coverage by improved varieties is 85 percent of the total rice cultivated land. Popularly cultivated improved varieties are Radha-4, Radha-12, Masuli, Sabitri, CH-45, Bindeswori in terai, Khumal-4, Khumal-11, Taichung-176, chaining in mid-hills and Chandanaath-3 in high hills (NARC 2014). Radha-12, sabitri, janaki possess higher level of resistance [5]. Seedlings of high yielding masuli were affected in late june in saradanagar, Rampur, kiranganj, mangalpur and ratanagar area of the chitwan district [6]. Radha-12 had 7 fold less neck blast than masuli whereas other genotypes showed less neck blast than masuli [5].

Varying tools have been used as a blast management toolkit such as knowledge tools, communication, physical and policy tools. Each tool is rationalized in terms of having an effect either on initial inoculum or disease (x0), the epidemic infection rate(R) or duration of epidemic (D). Certain tools like biological control agents and confirmatory serological tools are still unknown to blast control. Nepalese farmers do not have efficient knowledge and understanding about the use of fungicide and the effect of nutrient (nitrogen, phosphorus, potassium), and nonnutrient (silicon) amendments on blast epidemic development. Water management to reduce stress on plants at blast susceptible stages [17] are still in the dark to the Nepalese common farmers. Cultural practices seem ineffective due to no clear cut fallow period between any two rice seasons making blast pathosystem a continuous pathosystem and given the dispersal pattern of conidia initial inoculum will always be available for matching alloinfection. Hence, the most effective physical tool seems to be provision of resistant genotype. Seed possessing resistant genes to blast have been the basis for plant protection for centuries [13].

Field experiment was set up in Agronomy farm of IAAS, Rampur, Chitwan. The experiment was conducted in single factorial RCBD design with 3 replication. Each plot was 5 mX1 m, in each replication 50 rows was made to sow the 50 different genotypes. Seed was sown randomly in such a way that, genotypes was not repeated in line in the replications. Seeding was done in 2nd week of July. Percent disease incidence will be calculated by using the formula:

Disease scoring: Disease scoring will be done according to standard scoring scale developed by International Rice Research Institute (IRRI) using a scale of 0-9.

• Small roundish to slightly elongated, necrotic gravy spots, about 1-2 mm in diameter, with a distinct brown margin, lesions are mostly found on the lower leaves.

• Lesion type is the same as in 2, but significant number of lesion are on the upper leaves.

Disease intensity/index: Disease severity will be scored on the basis of standard scoring scale developed by International Rice Research institute (IRRI). 5 plants from each row showing the symptoms will be selected at random for observation and scored at a scale of 0-9 and average will be taken.

Disease severity will be calculated as:

Ti+1-ti: time interval between the readings

Total AUDPC value lied in the range of 17.78-210%. AUDPC 1&2 were calculated based on the disease severity percentage and calculated using formula as presented in the materials and methods above. Lowest total AUDPC was observed on Sabitri whereas highest was observed on Taichung-176 followed by pusa basmati, NR 11111-B-B-23-2, Sankharika and NR 10490-89-3-2-1. Based on the Total AUDPC value rice genotypes were listed on the five categories from resistant to highly susceptible which are shown in the Tables 1 and 2.

Table 2: Based on the AUDPC value rice genotypes are listed on the five categories from resistant to highly susceptible.

During 21 DAS lowest disease severity was observed on kanchi masuli followed by sabitri whereas on all other days of observation lowest disease severity % was observed on sabitri. However, during all days of observation Taichung-176 showed highest disease severity percentage along with varieties sankharika, pusa basmati, NR 11050-B-B-B-1 and NR 11111-B-B-23-2. Experiment by Manandher et al. [11] presented sankharika to be most susceptible variety and established that it is adversely affected by blast pathogen whereas Taichung-176 were found to be highly susceptible variety by Manandhar et al. [9]. Kumar et al. [21] reported pusa basmati as most susceptible to blast disease.

Similarly sabitri showed lowest level of AUDPC value and was categorized as the resistant genotype along with Radha-4 which is supported by Chaudary et al. [5] suggesting that Sabitri and Radha varieties to be resistant to blast pathogen; whereas Taichung-176 pusa basmati and Sankharika were categorized as the most susceptible varieties which coincides with the result presented by (Manandhar et al. and Manandhar et al.) and Kumar et al. [9,11,21]. Similary, NR 11111-B-B-23-2 and NR 10490-89-3-2-1 were also categorized as the most susceptible and more conclusive result are yet to be drawn of these genotypes.

50 rice genotypes were sown in 6th July in Randomized complete block design at chitwan. The experiment was only limited to seedling stage and its purpose was to identify the resistant and susceptible variety among the different rice genotypes collected all over the country along with some of the breedling lines provided by the NARC khumaltar. Sankharika, Taichung-176, pusa basmati, NR 11111-B-B-23 and NR 10490-89-3-2-1 were found most susceptible and sabitri and Radha-4 were found to be resistant.

As Taichung-176, sankharika was found to be most susceptible to blast on both field and lab condition as NARC has described Taichung-176 as susceptible variety to mid-hills and sankharika to Terai region. Sabitri was found to be most resistant among all genotypes. Further research is recommended on the varieties mentioned above for further certainty; in addition, further research work such as comparison of plant yield with disease can be done and also molecular study of the plant varieties is further recommended.

I would like to express my sincere gratitude to prof. Dr. Sundarman Shrestha and Mr. Shankhar Gaire, Faculty of Plant pathology at Agriculture and Forestry University for their guidance and support during all the activity of this research. I would also like to acknowledge Mr. Bikash adhikari for his help during all the field activities; Mr. Ramesh Acharya for his support; Mrs. Shawantana Ghimire Khanal for her encouragement to write this paper. 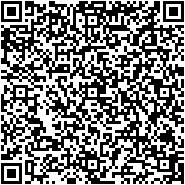