When the concentration of serotonin is increased in the central nervous system, it can induce serious adverse reactions known as the serotonin syndrome (SS). We report a case of SS which occurred during the switching of combined antidepressant treatment. The symptoms and treatment of this patient are described. Due to the widespread use of serotonergic drugs, the risk of SS appears to be increasing. Clinicians should be aware of the possibility of SS, especially in patients with a history of serotonergic drug intake, particularly large doses, combinations, when therapeutic doses are adjusted, or when switching from one to another, and in those who present with clinical features of SS.

Currently, serotonergic drugs such as serotonin reuptake inhibitors (SSRIs) are widely used to treat psychiatric disorders due to their effects on serotonin systems [1,2]. However, when the concentration of serotonin is increased in the central nervous system (CNS), it can induce serious adverse reactions known as the serotonin syndrome (SS) [3]. A previous study suggested that the clinical features of SS can be classified as: (1) mental symptoms, (2) autonomic signs, and (3) neurological symptoms [4].

Previous reports have indicated that SS may be caused by serotonergic drugs, such as SSRIs and tricyclic antidepressants (TCAs) [5-7], particularly when these drugs are overdosed, used in combinations, and occasionally due to increasing therapeutic dose [8-10]. However, there are few reports on the occurrence of SS during the switching of combined antidepressant treatment. This report describes a case of SS which occurred during a treatment switch, its diagnosis and treatment.

A 63-year-old female was admitted with a 20-year medical history of depression. History collection during hospitalization indicated that she had hypomania followed by depression, therefore, her diagnosis was revised to bipolar disorder according to the ICD–10 [11] and she has received oral paroxetine and clomipramine for the past five years. The doses of paroxetine and clomipramine were 40 mg/day and 150 mg/day, respectively, and her condition was stable with good social function. When the patient attended a general follow-up recently, the clinician switched the prescription from paroxetine 40 mg/day and clomipramine 150 mg/day to paroxetine 40 mg/day and venlafaxine 50 mg/day. To be noted, clomipramine was immediately replaced by venlafaxine without a slow dose reduction. After two days of the new prescription, she appeared nervous, with mild hand tremor, insomnia, hypermyotonia and auditory hallucinations, and these symptoms became progressively more severe with time. On hospitalization, these drugs were withdrawn. Initial physical examination identified agitation, hyperhidrosis, mild extremity tremor, hypermyotonia, hyperreflexia, auditory hallucinations and persecutory delusions, without focal neurological findings. Her blood pressure was 151/83 mmHg, heart rate was 87 beats/min, respiratory rate was 20 breaths/ min and temperature was 36.4°C. Initial laboratory results showed that serum alanine aminotransferase (ALT, 62 IU/L) and aspartate aminotransferase (AST, 45 IU/L) were mildly abnormal. The leukocyte count, neutrophil (NEUT), hemoglobin, platelets, blood glucose, blood electrolytes, blood creatinine, fibrinogen, creatine kinase (CK, 69 IU/L), thyroid hormones, and female hormone levels were normal. EEG, ECG, chest radiography, and brain MRI scan showed no obvious anomalies. Two days after hospitalization, hyperpyrexia (38.7°C) was noted. Her symptoms grew progressively worse over the next 7 days. Dynamic monitoring showed that body temperature fluctuated between 36.4 and 40.3°C, heart rate between 80 and 126 beats/min, and respiratory rate between 20 and 26 breaths/min. Laboratory results fluctuated in the abnormal range, the leukocyte count ranged from 9.39 to 12.98 × 109/L, NEUT from 7.4 to 10.46 × 109/L, ALT from 93 to 176 IU/L, AST from 107 to 503 IU/L, and CK from 3772 to 15707 IU/L.

On the second day after the appearance of hyperpyrexia, antibiotics were administered to prevent infection, and further assessments (including bacterial infection, viral infection, acute or chronic hepatitis, etc.) were carried out to identify the relevant pathogenesis, however, no positive findings were observed.

We then reviewed her medication history, and excluded possible organic diseases such as nervous system diseases or infection. The possibility of SS was considered. On the fourth day after the appearance of hyperpyrexia, the patient was started on therapy for her symptoms and supportive treatment including diazepam (5 mg intravenously), cyproheptadine (4 mg thrice daily), and maintenance of her body internal environment. Following three days of treatment, her physical symptoms gradually alleviated. The patient received olanzapine 2.5 mg/ day which was gradually increased to 15 mg/day to control psychotic symptoms. After this treatment, she was emotionally stable, and her psychiatric symptoms disappeared. Laboratory findings showed no obvious abnormalities. The patient was discharged and is being followed up as an outpatient.

SS is still a clinical diagnosis and before its diagnosis can be established, all other diseases should be excluded and patient’s medication history should be reviewed carefully. If SS is not managed appropriately, it can have serious consequences leading to various complications, such as infection, multiple organ failure, and rhabdomyolysis [12], and may be potentially life-threatening. In the present case, the reasons for misdiagnosis resulting in a wrong treatment should be noted, and this may be caused by the lack of careful assessment by the initial clinician, and the patient not recognizing hypomania during the course of her disease. Therefore, a comprehensive and careful evaluation should be performed before prescribing medication, which should be continued in order to adjust treatment if necessary. In addition, the use of high doses or combinations should be avoided as far as possible. Furthermore, this case shows that the adjustment of prescriptions should be based on the patient’s history of drug usage, especially in patients receiving large doses of medication. We considered the possibility of SS in our patient; however, there are no guidelines on the treatment of SS. The management of patients with SS relies on early recognition, discontinuation of offending drugs, supportive care, and the prevention of complications [13]. Although their effectiveness has not been reported, previous reports have indicated that β-blockers, benzodiazepines, chlorpromazine and cyproheptadine may be beneficial in the treatment of SS [6,14].

In conclusion, when prescribing medication, a comprehensive and careful evaluation of the patient’s condition and dynamic observation and adjustment of the treatment are very important. Due to the widespread use of serotonergic drugs, the risk of SS appears to be increasing. Clinicians should be aware of the possibility of SS, especially in patients with a history of serotonergic drug intake, particularly large doses, combinations, when therapeutic doses are adjusted, or when switching from one to another, and in those who present with clinical features of SS.

Copyright: © 2018 Wang H, et al. This is an open-access article distributed under the terms of the Creative Commons Attribution License, which permits unrestricted use, distribution, and reproduction in any medium, provided the original author and source are credited. 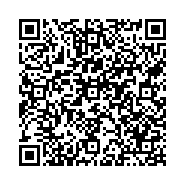