Copyright: © 2015 Ejike O. This is an open-access article distributed under the terms of the Creative Commons Attribution License, which permits unrestricted use, distribution, and reproduction in any medium, provided the original author and source are credited.

The study aimed to evaluate the sex practices of secondary school students, to high-light risk behaviors and suggest behavioral changes necessary for preventing and/or reducing HIV transmission. 1009 multi-staged sampled secondary school students aged 10-20 years completed the anonymous interviews. 221(21.9%) of them reported having had sexual intercourse prior to the interview. There were more males than female’s (p<0.001). 221 of the students have been sexually active in the past 12 months while 70 were active in the past 4 weeks. The median sex frequency was 2 times and highest among the 14-15 year olds. The age for first sexual intercourse peaked at 12 years for both sexes, more males than girls (p<0.03). The 16-17 year olds were the most sexually active with 75(33.9%) of them (7.4% of the study population) affirming they had sexual exposure. 98.2% of the sexually active student practiced high risk sexual behavior; more than 5 sexual partners per student, had sex with married people, accepted money for the sexual relationship and did not know their sexual partners well. A substantial number of the students knew that their sexual partners had other sex partners. A good number also practice homosexuality and lesbianism. Appropriate information about sexuality education and the negative consequences of early sexual exposure, STIs/HIV/AIDS and teenage pregnancy should be provided in public schools.

Childhood and youth are both periods of accelerated learning, and a time during which young people can acquire the necessary knowledge, attitude, values, and skills that can help them to maintain healthy behaviour, and avoid behaviours that put them or others at risk [1-5]. Secondary school students represent a sexually active group [2]. Their sexual behaviour will influence the spread of HIV to others at risk. They are also at a vantage stage of development in which they are receptive to information and intervention. Furthermore, schools represent strategic institutions where STI/HIV/AIDS prevention and health promotion education should begin [2,3]. The prevalence of adolescent STI’s including HIV/AIDS, pregnancy and school dropout rates are high in Nigeria [6,7]. In response to this, Nigeria’s reproductive health policy focuses on preventing risky sexual behaviours during adolescence. Part of the obstacles to the programme is inadequate and incomplete information on the sexual knowledge, attitudes and behaviours of adolescents [4] and partly because it is not taught in a formal setting. Given the early age at which many young people become sexually active, there should therefore be special emphasis on early information and education of pre adolescents and adolescent boys and girls, both in school and out of school. As adolescents mature and become sexually active, they face serious health risks with regard to STI’s. Most face these risks with too many sexuality myths, too little factual information, guidance about sexual responsibility and access to health care [4]. In the early days of HIV/ AIDS epidemic, national AIDS programmes and community groups seeking to stem the tide of HIV spread had no choice but to experiment with prevention programmes. The was no way of knowing with certainty what prevention strategies would work best, especially for convincing people to change their sexual or other risk behaviours. After more than a decade and half of experience, what does work is to create a supportive social environment in which people can be informed about the whole range of options for safe sexual behaviour. The aim is to encourage them to assume responsibility for their own behaviour and give the necessary social and health services support. What is more, these have been found to work in a matter of months, not the years or even decades once believed necessary to change human behavior [2]. With these in mind, the study was embarked on in the hope that the findings from the study will provide useful data that can help in the fight against HIV infection and AIDS.

The study was undertaken in secondary schools in Enugu metropolis the capital of Enugu State of Nigeria. Institutional approvals were obtained from the schools and the students were adequately briefed. The study was conducted from October - December 1997. The subjects were students in Junior Secondary 2 (JS2) classes through Senior Secondary 3 (SS3). They were selected by multi staged simple random sampling. From each class 20-25 students were selected by simple random ratio until the required sample size was obtained. Volunteers were used to administer the questionnaires anonymously and to ensure confidentiality. The questionnaire used was a modification of the ‘Model’ KABP instrument proposed by WHO’s Global programme on AIDS with specific concerns of African researchers in mind [7]. The data was entered into a portable computer using EPIINFO 6 software. Descriptive and analytical methods were used. Data is presented in tables and charts for clarity and chi squared test applied where necessary.

The age at first sexual intercourse commenced at 12 years for both sexes, more boys than girls (p<0.03) but then increased steadily with increasing age of the students (Figure 1). Peak age for sex in females is 15 while for males it is 17 yrs. The 15-18 year olds were the most sexually active with 84(38.0%) males and 55 (24.88%) females (13.77% of the study population) affirming they had sexual exposure. There is a sharp drop in sexual debut after the age 18 in females and 19 in males. 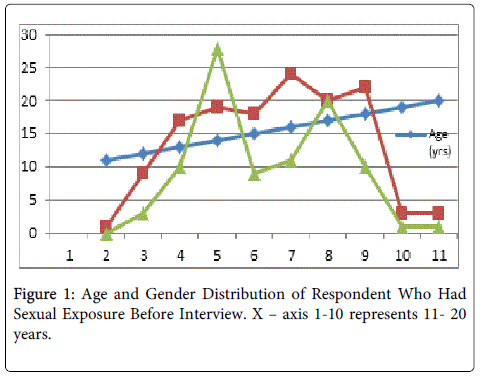 Table 1: Sexual bebaviour of 217 students who had sexual partners within 12 months of recruitment.

Seventy students, 47(67.1%) males and 23(32.9%) females reported having sex in the past 4 weeks prior to recruitment. The reported median frequency over the four weeks was 2 times and sexual activity was highest among the 14-15 year olds (Table 2).

Table 2: Sex frequency of 70 students who had sex within 4 weeks prior to recruitment.

Abstinence is the main safe sex practice being promoted for young people. In as much as it is prime and practicable for HIV prevention, it is not an alternative practice to many young people. This is especially so, since quest for education ensures many years in school and possibly away from parental guidance and delays marriage. Offering young people good options to choose from have had positive impact in HIV prevention in situation where sexual networking is common [11,12]. Promotions of safe sex practice become urgent and have an important place in the promotion and control of HIV prevention.

Condom use is vigorously being promoted but young people are unable to freely obtain a condom. Either because of prejudiced attitudes of the larger community, or they are unable to afford them or do not know where to get them. Young people are further embarrassed should condom be found in their possession. Young people are not socially equipped to negotiate condom use or safe sex practice in the context of social networking.

Lack of factual information about AIDS and sex education constitutes part of the problems in STI/HIV/AIDS promotion. Protected sexual intercourse, mutual faithfulness and HIV screening of intending spouses among other STI/HIV/AIDS education must be taught in a formal setting or context in schools. Sex education is yet to find a place in the school’s curriculum. Yet sex practice and age at first sexual intercourse is common and dropping year by year.

Safe Sex Practice means ability to express sexuality in ways that prevent the transmission of HIV infection. The best protection is to choose sexual activities that do not allow semen, vaginal fluid or blood to enter the vagina, anus, and mouth or to touch the skin where there is an open sore [1,2,12].

Therefore sexual abstinence and postponement is closest to the above definition and remains of prime consideration in interrupting transmission of STI/HIV/AIDS. However for those who cannot or lack the will or want to continue sex practices, specific safe sex practices includes [1-5]

• A monogamous relationship that is mutual and faithful

• Condom use at every sex act

• Avoiding sex when one has a genital ulcer or wound.

Safe Sex Practices including abstinence may have limited utility for many girls because sex may be corrosive or forced.

There is a trend to early, risky and increasing sex activity among the respondents of this study population. Factual information and preventive messages are inadequate among these young people. Lack of sexuality education in any formal setting especially in schools may be an important contributory factor. Concerted effort should be made to package culturally acceptable, factual and comprehensive STI/HIV/ AIDS interruption, prevention and promotion messages at every opportunity to young people.

• Findings from this study suggest urgent need for the implementation of sexuality education programmes amongst secondary school students by Government, education authorities, religious bodies, parents, NGO’s and the entire community.

• Establishment of school and community clinics where reproductive health services and counseling can be obtained.

• Training of Peer educators on SEX/STI’s/ HIV/AIDS. This has been found to be very effective in reaching young people both in and out of school.

• Development of culturally acceptable communications through entertainment media. Young people are easily reached through this medium.