Copyright: © 2016 Saleh M. This is an open-access article distributed under the terms of the Creative Commons Attribution License, which permits unrestricted use, distribution, and reproduction in any medium, provided the original author and source are credited.

During the past 20 years Canada and several other state members of the WHO have been using regular sales tax increases as part of a policy to curb tobacco use. The WHO recent report (2015) on tobacco use classifies smoking as a disease. This report shows that the effect of tax increase on tobacco use is marginal and is difficult to isolate from the effects of other tobacco use measures such as restrictions on marketing, sales to minors, and public education. It is proposed that the unreasonable increase in tobacco taxes introduces additional stress on the smokers and further compromises their health. It is further proposed that tobacco use is treated as a form of selftherapy rather than a disease.

The World Health Organization (WHO) recently released the WHO Report on the Global Tobacco Epidemic, 2015. This is the fifth in a series of periodic reports covering analyses on the tobacco epidemic. This particular report was focussed on the effectiveness of tobacco control by means of taxation. Two terms used in this report, and regularly on the WHO website, are “epidemic” and “taxation”. Both of which deserve commenting on. The use of tobacco or tobacco dependence as it is often referred to, is indeed considered a disease by the WHO and the vast majority of tobacco use reports from Member States of the WHO. 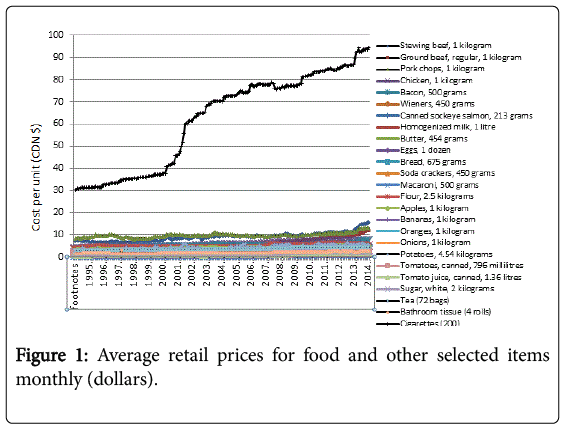 From 2001 to 2013, where the price of cigarettes has more than doubled, there was only about 2 % reduction in daily or occasional smokers in both males and females aged 12 or older (Figure 2) [3]. These figures are certainly not significant considering the change in smoking prevalence and accuracy of the data. Although the collection of the data must have been well planned and executed there will always remain non-sampling errors. It can be argued that price increases and excessive taxation may deter young smokers and those casual smokers who do not feel any emotional or mental benefits from smoking, this strategy however imposes unfair financial burden on serious or long term smokers; smokers who actually need that therapy. This financial burden may then lead to stress and further negative impact on the health of the smoker. This is being made worse by isolating smokers in society and further degrading the life style of an already marginalized population. Smoking is not healthy and may contribute to a number of diseases. We should continue with our efforts to curb smoking by controlling sales and educating the public, particularly children and young adults. We should not however continue imposing financial and social stress on those who may need this therapy to enable them to be effective members of society and be more productive than being forced to quit the therapy. No one has shown to date that serious or long term smokers become more productive after they quit smoking. 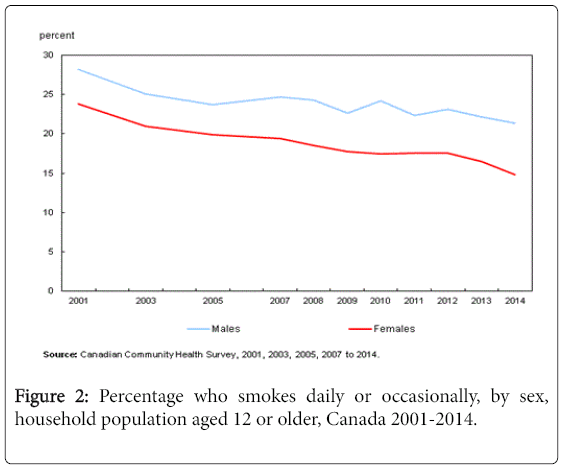 Disease can be defined as an abnormal state of health. The act of smoking itself is not an abnormal state of health, although smoking itself can lead to disease under certain conditions. The use of tobacco may in fact reflect a special state of health, special state of mental health to be specific. In other words, people use tobacco as a form of therapy to help them live a “normal” life. Normal is used here to describe a life that is consistent with the standards and expectations of the society in which the smoker lives. This can vary from one society to another but in general it means a specific level of expectation from society to which members must perform despite their mental diversity and mental capabilities. The capacity to accomplish these “life tasks” is present in people to varying degrees. To some, smoking could be a viewed as a medication to help those who need it to meet those life challenges. But a medication to what? Tobacco smoking may be viewed as a way to relief the user of something that is perceived as stopping him/her from accomplishing the day-to-day tasks of life. Examples could include anxiety, social phobia, negative thoughts, lack of concentration, or others.

What is becoming more and more is that smoking aids in maintaining a mental balance and focus. This is turn allows the smoker to be more functional and more successful at meeting life challenges. Is this merely a speculation or there is in fact scientific evidence to support this idea? There is a large number of research articles that deal specifically with mental health and smoking. It has been noted for example that the rate of smoking is much higher among individuals with psychiatric conditions [4]. Smoking amongst those with mental illnesses is about twice as high as those with no mental illnesses [5]. In another study, it was shown that smokers exhibit aberrant cognitive and affective function and perform worse on a sustained attention task compared to their non-smoker counterparts [6]. Smoking has been shown to associate with symptoms of anxiety and depression [7]. Smoking has also been shown to correlate with high impulsiveness and the continual search for stimulation [8]. At the molecular level, it has been shown that there is an association between polymorphism (44 base insertion/deletion) in the promoter of the serotonin transporter gene and smoking [9]. These are a few examples but certainly show that smoking is not simply a “bad habit” but is much deeper than that. Health educational programs for teenagers were found to have little or no effect in curbing smoking amongst teenagers [10].

In a perspective by Prochaska, several arguments were presented to “break the link” between smoking and mental illnesses [11]. The author outlines five myths that in the view of the author hinder efforts of smoking cessation strategies. The first myth proposed by the author is that the tobacco industry has fostered the belief amongst smokers that smoking is a form of self-therapy. Is this really a myth or is it real? What’s interesting is that in the same article the author writes that nicotine is a drug that transiently enhances concentration and attention. So it appears that smoking does provide the smoker with some form of therapeutic effect and is therefore not simply a myth. Another myth proposed by the author was that smokers with mental illnesses do not want to stop smoking. The author argues that data from surveys suggests otherwise. Some of the conclusions from those surveys show that 20 % - 25 % of smokers intend to quit smoking within the next 30 days and another 40 % say that they intend to quit smoking in the next 6 months. But those are simply words and not actions. Smokers are well aware of the health risks of smoking but either refuse or unable to quit smoking, why? It is doubtful that the reason is simply dependence on nicotine because nicotine replacement therapy (NRT) and the use of nicotine agonists and antagonists failed to significantly curb smoking. This is in addition to the many educational programs and social interventions put in place to further support efforts at curbing smoking, particularly amongst teenagers. Smoking is now banned from all buildings and around building entrances, in restaurants and bars and even in some public areas. There is additionally, the introduction of high tobacco taxes to support those anti-smoking programs. Smokers are aware of the existence of health support services that can help smokers to quit smoking but they are not common places for smokers. The positive effects of nicotine on concentration and attention maybe one factor but what other therapeutic effects could the remaining 2499 chemicals present in tobacco smoke provide the smokers with? It is clear that not all smokers smoke for the same reason because they do not have the same physiological and mental profiles. Smokers must get more from smoking than do non-smokers, as suggested by Kuehn [12]. It appears that nicotine has even more positive effects on cognitive deficits in people with ADHD, Alzheimer disease, and Schizophrenia [13].

According to one life-long smoker: “I am aware of the health risks of smoking but I accept the trade-off with the benefits I receive from smoking. Smoking had helped me focus and concentrate to successfully complete my education and build a career. I would rather have a shorter but full life than a longer but unproductive life”.

What is interesting is that the comments from this long-time smoker echo the finding that perceived psychological and social benefits outweigh health risks associated with smoking [7]. Smokers must obviously feel a real benefit from smoking to continue to function in society. As such, smoking should be considered a form of therapy rather than a disease. The composition of tobacco smoke is very complex and we know very little about the bioactivity of most of its components. Interest in tobacco smoke and its composition began over 60 years ago. By 1968, tobacco smoke was said to contain 1,200 different chemicals [14]. With the advancement of biochemical and analytical techniques, todays estimates changed that number to 5,000 [15]. While some of these chemical components are certainly toxic the potential biological benefits of the rest of the components remain largely unknown.

What are the alternatives for smokers? NRT or nicotine agonist’s therapy (NAT) are the two main forms of alternative therapy available to smokers. None of the currently available NRT or NAT has been shown to produce long term smoking cessation and so the smoker will need to be on NRT or NAT for long term, in a way replacing tobacco smoke with nicotine or a drug such as Varenicline. Gradual decrease of dosage and the complete termination of these treatments will most likely not work because the mental illnesses will not disappear by being on NRT or NAT for a few weeks or months. NRT suffers from only a few side effects but has been shown to be not very effective. Etter and Stapelton [16] suggested treatment with NRT over several episodes because of the modest effects of a single NRT treatment episode. It must be emphasized that these modest effects were not specific for smokers with mental illnesses and who would be even more challenging to respond to NRT. The spectrum of side effects of nicotine agonist therapy are unappealing to the smoker. Varenicline for example suffers some of the following side effects: nausea, taste problems, dry mouth, headaches, dizziness, insomnia and abnormal dreams, weight gain, panic attack, abnormal thinking, mood swings, dysarthia, tremor, incoordination, and restlessness [17]. Withdrawal symptoms could include irritability, depression, insomnia, and exacerbation of the mental illness including depression [17]. We therefore need to revisit our analysis of tobacco addiction and instead of viewing it as a disease to view it as a form of therapy. If we can specifically identify the causes for dependence on tobacco smoke, we will then have a better chance of developing more effective medication that will allow smokers to become less dependent on tobacco to address their emotional or mental needs. There is more to smoking than simply trying cigarettes a few times. Exposure to cigarettes at a young age is not an absolute requirement to long term smoking. Those who try it several times and find no benefits from it simply drop it. Those who do feel benefits from smoking accept the trade-off of health risks and benefits to become long term smokers.