Different natural biopolymers are becoming the issue of an expanding number of studies reporting their potential applications in food, pharmaceutical and cosmetic technologies, as well as in tissues engineering [1-4]. In this respect, the utilization of charged polysaccharides like chitosan (CH) or pectin (PEC) appears to be one of the most interesting way in manufacturing of biodegradable new materials [4].

CH is a cationic biopolymer under pH 6.0 and derives from the N-deacetylation of chitin, the natural polysaccharide responsible for the hardness of the crustacean shells [5]. CH is a copolymer consisting of β-(1–4)-2-acetamido-D-glucose and β-(1–4)-2-amino-D-glucose units with the latter usually exceeding 60%. Due to its non toxic, biodegradable and biocompatible properties, CH is extensively used in the biomedical area as wound healing material and for sustained release of drugs [6]. Moreover, CH-based edible films and coatings allow extending and preserving shelf life of different foods [7-11].

PEC is, conversely, an anionic polysaccharide at pH higher than 4.6, widely occurs in fruits and vegetables and is generally used in food and pharmaceutical industries as gelling and thickening agent [12]. Mainly extracted from citrus peel and apple pomace, PEC represents a heterogeneous group of acidic biomacromolecules and, because of its gelling characteristics, as well as bioadhesivity, biocompatibility and non toxicity properties, it is also a promising biopolymer able to act as a drug delivering vehicle. In fact, PEC has been successfully used in mucoadhesive systems to increase the retention time of the dosage form in the gastrointestinal tract, thus enhancing drug absorption after oral administration [12,13]. Furthermore, the degree of esterification or amidation of the galacturonic acid residues inside the macromolecule is often used to characterize the different PECs and defines the different properties of the various polysaccharide preparations [14].

Dinamic light scattering technique is a particularly useful tool for exploring homo- or hetero-association of biomacromolecules like proteins and polysaccharides, and allows to study the influence on it of different experimental factors, such as the change in pH or ionic strength of the solution [15]. Micro- and nano-particle charge is one of the main factors determining the physical stability of both emulsions and suspensions, as well as solutions, and such physical stability can be monitored by measuring particle “zeta-potential” [16]. When all the particles have a high either negative or positive zeta-potential value (> ± 30 mV), they will repel each other and, as a consequence, the emulsions, suspensions or solutions become more stable. By contrast, whether the zeta-potential is in the range between 0 and ±10 mV, the tendency to flocculation dramatically increases [17]. Zeta-potential cannot be measured directly but it can be calculated by using theoretical models and experimental determination of the motion of dispersed particles. The charge intensity of the polysaccharide occurring in the film forming solution (FFS), as well as the hydrodynamic diameter of its particles (Z-average), may provide crucial information on how the biopolymer will behave during the process of polyelectrolyte multilayer construction, being also useful both in the choice of the biomaterial to be used and in the establishment of the more suitable experimental conditions. Among these, FFS pH value and ionic strength are critical parameters governing the polymer film formation.

In the present editorial we report the results of our studies devoted to determine the zeta-potential and the Z-average of FFSs prepared with two different charged polysaccharides, CH and PEC, in the presence of different sodium chloride concentrations, in order to obtain useful information on FFS stability for consequent possible multilayer nanostructure preparation.

2 g of CH, obtained as previously described [18], were dissolved in 100 mL of 0.1 N HCl and the solution, after overnight stirring, was diluted to 1 mg/mL and its pH adjusted to pH 3.5 by using 0.1 N HCl. In addition, 1.0 g of citrus peel low-methylated (7%) PEC (Aglupectin USP from Silva Extracts srl, Gorle, BG, Italy) was dissolved in 100 mL of deionized water and the solution was stirred until PEC was completely solubilized. Then, the solution was diluted to 1 mg/mL and the pH adjusted to pH 7.0 by using 1.0 N HCl. FFS zeta-potential, particle size and conductivity were determined by a Zetasizer Nano-ZSP (Malvern®, Worcestershire, UK) with automatic titrator unit (MPT-2). The two different FFSs, containing either CH or PEC, were automatically added with different amounts of sodium chloride (0-0.24%, w/v) under constant stirring at 25°C. The device was equipped with a heliumneon laser of 4 mW output power operating at the fixed wavelength of 633 nm (wavelength of laser red emission). The instrument software programme calculated the zeta-potential through the electrophoretic mobility by applying a voltage of 200 mV using the Henry equation. All the results are reported as mean ± standard deviation.

Different NaCl concentrations were added to the CH and PEC FFSs to evaluate the influence of the increased ionic strength and electrical conductivity (EC) on both Z-average and zeta-potential of the polysaccharide particles. Our findings indicate that CH FFS showed highly positive values (+68 mV) of zeta-potential, which dramatically decreased to around (+47 mV) in the presence of very low NaCl concentration (0.02 %) (panel A of Figure 1) and at an almost unvaried FFS EC (around 0.5 ms/cm) (panel A of Figure 2). The increases in FFS saline concentrations until 0.24%, with concomitant enhancement of EC to 4.5 ms/cm, did not determine significant further decreases in the CH FFS zeta-potential. Figure 1: Influence of different concentrations of NaCl on CH (panel A) and PEC (panel B) Z-average (•) and zeta-potential Figure 2: Influence of different conductivity on CH (panel A) and PEC (panel B) Z-average () and zeta-potential

Conversely, PEC FFS exhibited a negative zeta-potential value in the absence of NaCl (-36 mV), which progressively decreased until to -23 mV with the increase of NaCl concentration up to 0.1% (EC, 1.5-2.0 ms/cm) (panel B of Figures 1 and 2). Further enhancements in NaCl concentration until 0.24% (EC, 4.0 ms/cm) led to a zeta-potential value, however, never lower than -18 mV. It is worthy to note that these results are in agreement with previous data reported by McConaughy et al. [19] showing that the increase of galacturonate solution ionic strength significantly lowered polysaccharide zeta-potential value.

In conclusion, the reported data suggest that a concentration of NaCl in FFS higher than 0.04% (EC>0.6 ms/cm) should be used to stabilize CH nanoparticles, whereas a concentration of NaCl close to 0.06% (EC ~0.8 ms/cm) seems appropriate for PEC nanoparticle stabilization. In fact, we obtained under these experimental conditions the best compromise with a monitored both highly positive (> +40 mV for CH) or negative (~ -27 mV for PEC) zeta-potential and the lower polysaccharide Z-average (<400 nm for CH and ~450 nm for PEC, respectively). More in general, our findings outline the existence of a relationship between the properties of the charged polysaccharides and the ionic strength and conductivity of their environment, thus providing insight on how it is possible to monitor biopolymer FFS stability to obtain multilayered films in view of their potential application in food, pharmaceutical and cosmetic industries.

Copyright: © 2016 Sabbah M, et al. This is an open-access article distributed under the terms of the Creative Commons Attribution License, which permits unrestricted use, distribution, and reproduction in any medium, provided the original author and source are credited 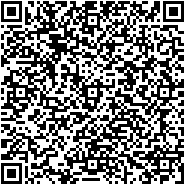