Studies on Colpophtos with Hand-made Devices in Early Periods

Copyright: © 2017 Maeda K. This is an open-access article distributed under the terms of the Creative Commons Attribution License; which permits unrestricted use; distribution; and reproduction in any medium; provided the original author and source are credited.

The author attended the Department of Obstetrics and Gynaecology on 1949, where he met a Hinselman’s colposcope which was binocular and prepared small electric lamp, without photographic device, while the chief of Toitsu Kogagu-Denki Ltd, Mr H. Suzuki brought Prof. K. Koga a hand-held monocular colposcope (Figure 1A) to test it in Kyushu university in 1950s, and Maeda was asked to study it in clinical gynaecology, where Maeda intended to take colposcopic photos to report the utility of new apparatus (Figure 1B).

Ganse [1] already published a Kolpofoto book, where he used a ring type speed light in front of 200 mm lens and Exacta Varex camera, we had neither Exsacta camera, nor a speed light even in common photography in Japan at the period, therefore we decided to use 250 W spot-light for the lighting, reducing its heat by inserting another spotlight lamp in the electric line of lighting lamp during the focusing preventing the patient to be burned by the spot-light heat, where the heat reducing lamp was removed by a foot switch immediately before taking a colpophoto. The camera was the Asahi-flex type I. A normal colpofoto is shown in Figure 2. The system was revised 1960s using Hektor 135 mm F4.5 Leica lens extending the focus to 200 mm inserting an extension tube between the lens and camera making the lens aperture controllable.

Although we used Fuji-color film after introduction of revised system, the cervical cancer was changed to grey-scale tone in Figure 3, because the characteristic details of a cancer colposcopy was correctly shown by black and white monochrome picture.

Used monochrome film was Fuji Neopan SS panchromatic, where the lens was covered by a blue filter to clearly record the red capillary vessels of neovascularization in carcinoma in situ (Figure 4), because red capillalies was shown white with the panchromatic film, which was sensitive to red color [2,3].

Modern colposcopes are stereoscopic; prepare observation lamp, photo-taking speed light and digital camera with many memories. It is a common clinical examination, and our experiences were only a history in early period. 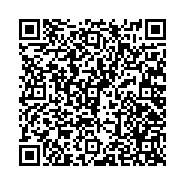