Superficial Siderosis of the Central Nervous System: A Case Report

Superficial siderosis of the central nervous system is a rare disease caused by insidious hemorrhage into the subarachnoid space with resultant hemosiderin deposition in the subpial layers of the brain and spinal cord. The cardinal features of this disease are deafness and cerebellar ataxia. The present case refers to a 47-year-old man with chronic and progressive sensorineural deafness, cerebellar ataxia and headache. Magnetic resonance imaging provided a clue to its possible etiology. This case report alerts to the possibility of superficial siderosis of the central nervous system the differential diagnosis of patients with progressive deafness and cerebellar ataxia.

Superficial Siderosis of the central nervous system (SSCNS) is a rare disease caused by repeated and insidious hemorrhage into the subarachnoid space with resultant hemosiderin deposition in the subpial layers of the brain, cranial nerves and spinal cord producing a progressive neuronal damage [1]. Later in the course of the disease, obstructive hydrocephalus, ependymitis, spastic myelopathy and dementia may occur. We encountered a case of SSCNS in a 47-year-old man.

The present case refers to a 47-year-old afro-descendent man with a 15-year history of slowly progressive hearing loss, imbalance, and incoordination and holocranial headache. Neurological examination revealed bilateral and asymmetric sensorineural deafness, appendicular cerebellar ataxia and bilateral pyramidal tract dysfunction (pyramidal syndrome). There was no head or back trauma and his medical history were unremarkable.

Neuropsychological evaluation showed no cognitive impairment. T2 weighted magnetic resonance imaging (MRI) showed hypointense rimming around brain, brainstem, cerebellum, spinal cord and may also provide a clue to its possible etiology (Figure 1). Blood tests extensive investigations were performed, including liver, kidney, electrolytes, thyroid, and coagulation function and were normal. Cerebrospinal fluid examination showed absence of red blood cells or xanthochromia. Cerebral and medullary angiography did not demonstrate structural vascular abnormalities. Cochlear implant was discarded in this case after confirmation of retrocochlear (vestibulocochlear) component as the main cause of sensorineural deafness. Symptomatic treatment for the formation of free radicals with vitamins C and E and iron chelation with trientine dihydrochloride were instituted. At the follow-up visit 6 months later, there was improvement of ataxia.

Described more than 100 years ago, SSCNS has been divided into two distinct entities, according to the distribution of iron deposition in the central nervous system: cortical superficial siderosis and infratentorial superficial Siderosis [2,3].

Neurodegeneration is due to oxidative damage of toxic iron of red blood cells extravasation in the subarachnoid space in a long period of time. The posterior fossa of the central nervous system its mainly affected, in particular the cerebellum and vestibulocochlear nerves [4].

Despite extensive investigations, including trauma, tumors, dural defects and vascular diseases, the main cause of bleeding is frequently undetermined. The cardinal features of SSCNS are deafness and cerebellar ataxia, and these occur in approximately 90% of cases. Other manifestations include cognition impairment, autonomic and sensory dysfunction, extraocular motor palsies [5]. The imaging study is highly sensitive tool to the diagnosis of SSCNS even in the absence of the core symptoms. Magnetic resonance imaging (MRI) show curvilinear hypointensity, reflecting hemosiderin and ferritin deposition in the subpial and subarachnoid spaces.

The natural history of SSCNS is not completely understood and therapeutic approaches focuses investigation of the cause of bleeding but with mild benefit. Surgical treatment consists in repairing and interrupting blood leakage into subarachnoid space of central nervous system while pharmacological treatment includes different strategies, mainly iron chelation [5].

Since the neurological damage is related to the time of iron toxic exposure, an early and accurate diagnosis and prompt intervention are necessary to prevent severe deficits and can spare expensive search for other diagnosis. This case report alerts to the possibility of SSCNS in the differential diagnosis of patients with progressive deafness and cerebellar ataxia.

Copyright: © 2018 Brooks JBB, et al. This is an open-access article distributed under the terms of the Creative Commons Attribution License, which permits unrestricted use, distribution, and reproduction in any medium, provided the original author and source are credited. 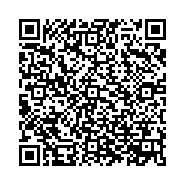