Background: Diabetes is a chronic illness requiring continuous medical care. Depression is comorbid with diabetes and is associated with poorer glycemic control, and increased complications.

Objectives: The main aim was to assess the prevalence of depression among patients with diabetes mellitus type II to find a correlation between age, gender, HbA1C level, duration of time since the diagnosis of diabetes, number of admissions, methods of controlling diabetes, place of residence, smoking, comorbidities, and educational levels.

Materials and Methods: 169 diabetic patients participated. The methods of data collection included the Beck questionnaire Inventory and an oral interview. Then other data were obtained and were analyzed using SPSS 21.

Conclusions: Depression has high prevalence among diabetic patients, and it is affected only by gender. The control of diabetes among them is very poor, and most of them have other comorbidities.

Reports from the International Diabetes Federations (IDF) indicate that the prevalence of diabetes mellitus has reached epidemic levels globally [1]. People with diabetes have an increased risk of developing a number of serious health problems, particularly if their diabetes is poorly controlled. Chronically high blood glucose levels can lead to serious diseases affecting the heart and blood vessels, eyes, kidneys and nerves. In addition, people with diabetes have a higher risk of developing infections. In many countries, diabetes is a leading cause of cardiovascular disease, blindness, kidney failure and lower limb amputation [2].

Depression is a common illness worldwide, with an estimated 350 million people affected. Especially when long-lasting and with moderate or severe intensity, depression may become a serious health condition. It can cause the affected person to suffer greatly and function poorly at work, at school and in the family.

Effective treatments for depression, fewer than half of those affected in the world (in many countries, fewer than 10%) receive such treatments [3]. Depression is a common problem among those suffering from diabetes mellitus [4].

Depression and severe psychological distress are frequently comorbid with diabetes and are associated with reduced adherence to medication and healthy lifestyle regimens, poorer glycemic control, and increased complications [5]. Diabetes complications are also greater among individuals with depression [1]. Recent studies have shown that coexisting depression increases the risk of death among people with diabetes [6-8].

The main aim of this study is to assess the prevalence of depression among patients with diabetes mellitus type II and to find a correlation between age, gender, HbA1C level, duration of time since the diagnosis of diabetes, number of admissions, methods of controlling diabetes used, place of residence, smoking, comorbidities, and educational attainment levels.

This cross-sectional study was done on patients with diabetes mellitus type II, who had been admitted to the Shahid Rahimi Hospital in Khorramabad, west of Iran, from summer 2014 to winter 2015.

The aim of admission was not just the control of diabetes or its complications. The patients were admitted with various complaints. The most important inclusion criterion was suffering from type II diabetes. Other criteria were full awareness and ability to talk and respond to questions orally.

Those patients who were unable to respond or had not taken the HbA1C test were eliminated. Eventually 169 patients were selected.The methods of data collection included a questionnaire and an oral interview. After the patients were convinced and consents were obtained, the study started.

We got other data from the patients including age, educational attainment levels, marital state, place of residence (urban or rural areas), duration of time since the diagnosis of diabetes mellitus, the method of controlling diabetes (taking tablets or insulin injection), and comorbidities. Then, the HbA1C test was administered.

According to Beck depression inventory questionnaire, we have asked about 21 part of this questionnaire (including Sadness, pessimism, past failure, loss of pleasure, guilty feelings, punishment feelings, self-dislike, self-criticalness, suicidal thoughts or wishes, crying, agitation, loss of interest, indecisiveness, worthlessness, loss of energy, changes in sleeping pattern, irritability, changes in appetite, concentration difficulty, tiredness or fatigue, loss of interest in sex) [9].

Then we have given score to each section. After that we have calculated the final score for each patient. According to the final score, we could be able to classify the depression to mild (score 5 to 9), moderate (score 10 to 18) and severe depression (more than 19) [10].

According to the formula “n=Z2p(1-p)/d2” we estimated 170 patients as the sample size. The collected data were analyzed using SPSS 21 software.

The results were segregated according to these items: age, sex, educational attainment levels, smoking, the number of admissions, the method of controlling diabetes (taking tablets, insulin injection), the place of residence (urban or rural areas), duration of time since the diagnosis of diabetes mellitus, comorbidities and the HbA1C test.

The distribution and severity of depression for age, HbA1C level, duration of time since the diagnosis of diabetes, educational attainment levels, smoking, number of admissions, place of residence (urban or rural areas), method of controlling diabetes and comorbidities:

Table 1: The distribution and severity of depression and age.

Table 2: The distribution and severity of depression and HbA1C.

Table 3: The distribution and severity of depression and duration of time since the diagnosis of diabetes. 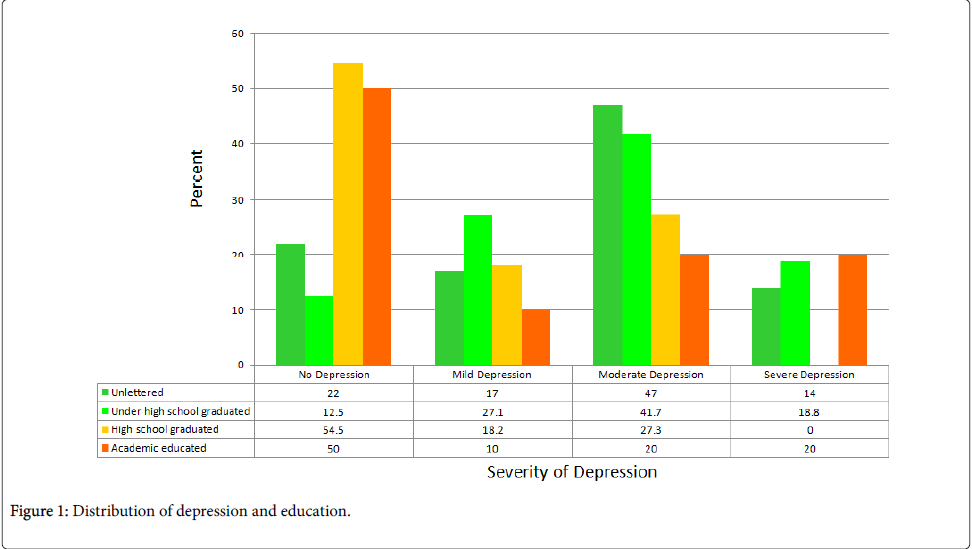 Figure 1: Distribution of depression and education. 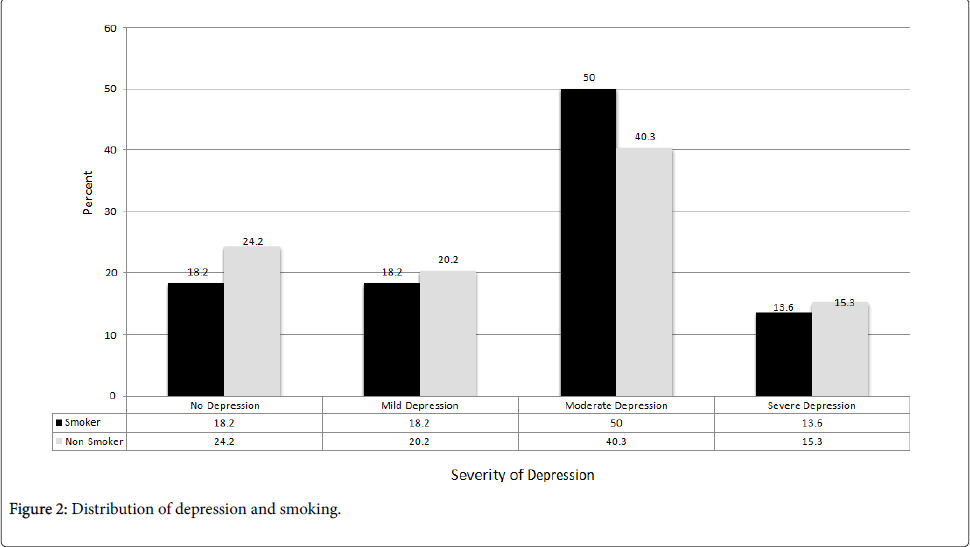 Figure 2: Distribution of depression and smoking. 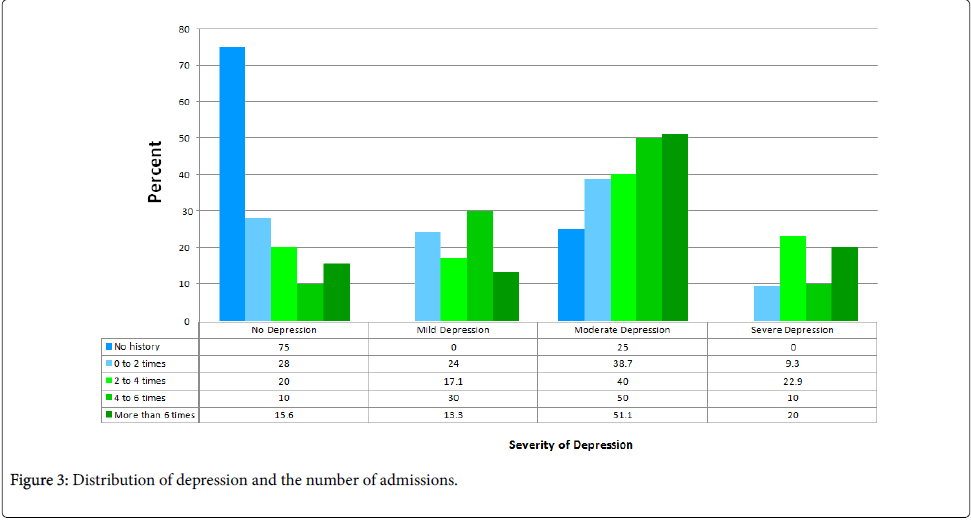 Figure 3: Distribution of depression and the number of admissions. 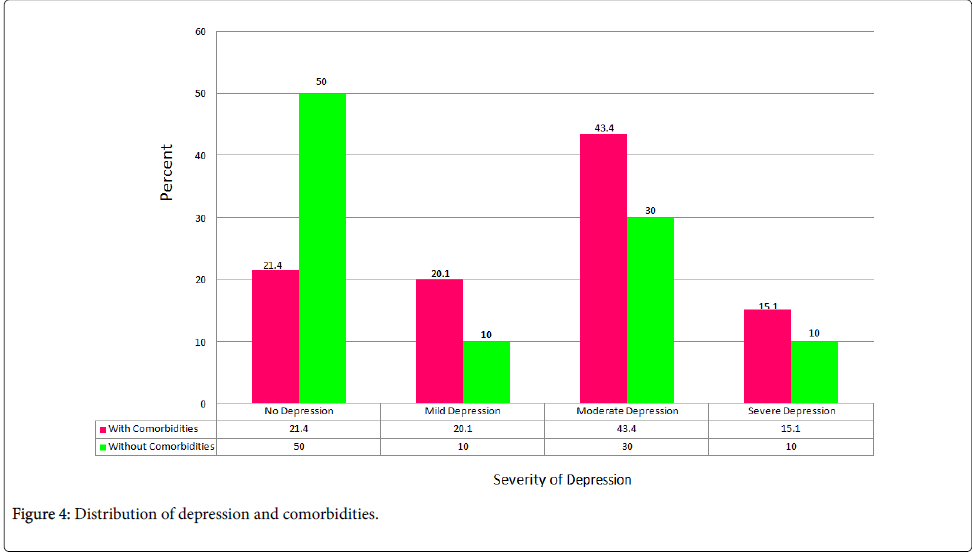 Figure 4: Distribution of depression and comorbidities. 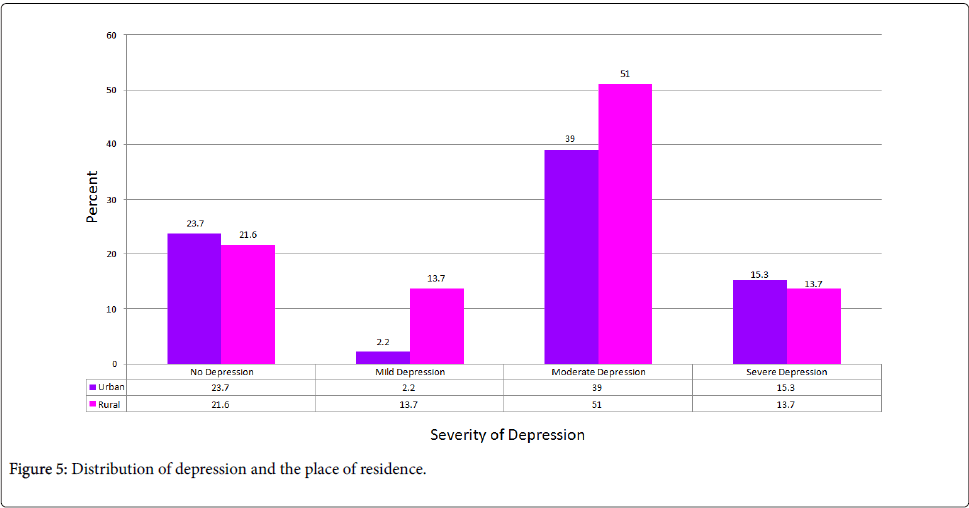 Figure 5: Distribution of depression and the place of residence. 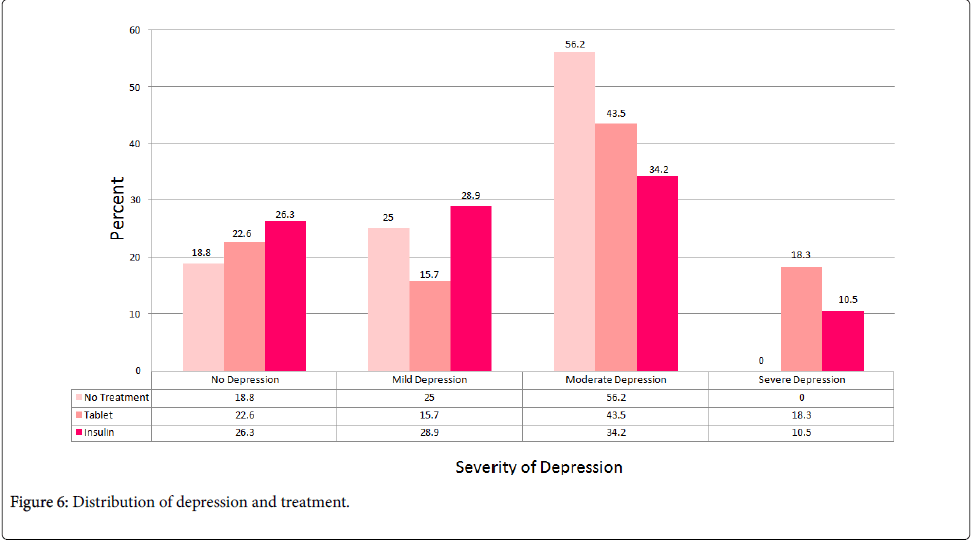 Figure 6: Distribution of depression and treatment. 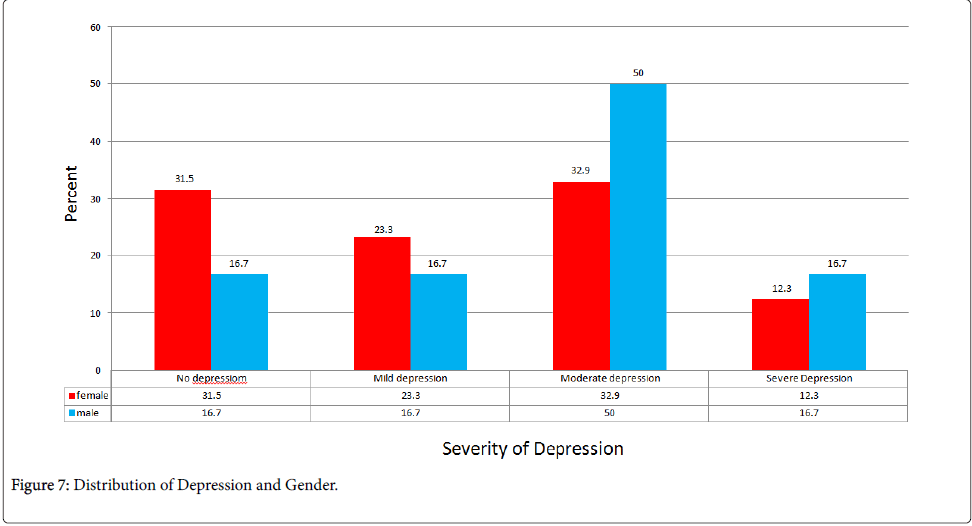 Figure 7: Distribution of Depression and Gender.

This study showed that depression is very common among patients who were admitted to the Shahid Rahimi Hospital of Khorramabad, Iran and the prevalence was 76.9%.

The high prevalence of depression in this study may seem incredible, but unfortunately it is real and the factors like being admitted in the hospital didn’t have significant effects in this high prevalence.

In this study, we interviewed the patients face to face, and we made sure that the symptoms are reliable and had started at least 2 weeks earlier before admitting to the hospital. We ignored the symptoms that were started in the hospital.

In Khoram abad, there isn’t any center to educate diabetic patients how care about themselves. Most of the patients were illiterate and they didn’t know how to get aware about diabetes, so most of them were complicated or had other comorbidities and also depression.

On the other hand, there were not any psychological consult about diabetic patients who were admitted to the hospital and many of them became missed, so they were not referred to the psychiatrist after discharge.

Because of all reasons above, the high prevalence of depression in diabetic patients in Shahid Rahimi hospital, is true and real.0

In this study, among all the factors mentioned above, only gender had a significant relationship with depression, and depression was higher in females.

The prevalence of depression in diabetic patients in this study was independent from many factors. Therefore, the control of depression will be very important and difficult and will need fundamental planning.

In addition to the conclusion above, this study had more conclusions, too:

59.17% of the patients were illiterate and only 5.91% were academically educated.

So they are not able to study about diabetes, its treatment, control or its complications (Figure 8).

94% of the patients had other comorbidities (e.g. hypertension, hyperlipidemia, ischemic heart disease, diabetes complications, etc.), so they need serious medical care in contrast with patients who have no comorbidities (Figure 9). 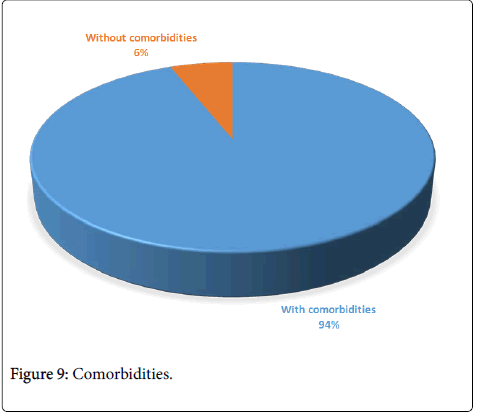 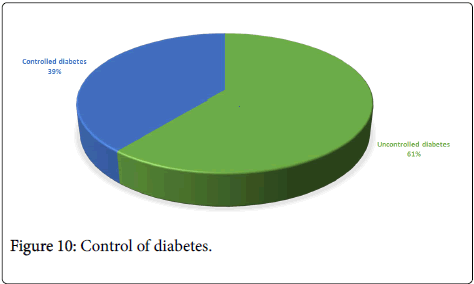 At the end of the study, we have recommended our suggestions to the internal medicine group of Shahid Rahimy Hospital and we have referred the depressed patients to the psychiatrist.

We make the following suggestions according to the conclusions above:

1. Psychiatric consultations for all diabetic patients who are admitted to hospitals.

2. Improvement of diabetic clinics in Khorramabad and other cities of Iran and the creation of diabetic files for each patient, and encouraging the patients for follow-up and regular visits with their doctors.

3. Development of training programs about diabetes for the diabetics.

Copyright: © 2016 Norouzi Z, et al. This is an open-access article distributed under the terms of the Creative Commons Attribution License, which permits unrestricted use, distribution, and reproduction in any medium, provided the original author and source are credited.