The Relationship between Zinc and Insulin Signaling: Implications for Type 2 Diabetes

Copyright: © 2016 Myers S et al. This is an open-access article distributed under the terms of the Creative Commons Attribution License, which permits unrestricted use, distribution, and reproduction in any medium, provided the original author and source are credited.

Type 2 diabetes (T2D) is a debilitating metabolic disorder that is typically characterized by chronic hyperglycaemia and is concomitant with a range of other complications including cardiovascular disease, stroke, peripheral neuropathy, and renal disease [1]. The aetiology of T2D is highly complex and reflects multifaceted interactions with genetics and the environment, and thus requires a multipronged approach to develop better management and treatments options that are more patient tolerable. These are urgently needed to reduce the clinical symptoms and features of the disease.

In this perspective, emerging research on insulin signaling processes associated with T2D has suggested that zinc is a novel metal ion that plays a critical role in the insulin signaling cascade and thus, could be utilized for therapeutic utility. Zinc is an essential ion that has a vital role in numerous enzymatic reactions and is critical for immunity, growth and development, and metabolism [2]. Recent studies have emphasized zinc as having a dynamic role in cell signaling transduction pathways in the control of insulin signaling transduction and glycaemic control [3]. Accordingly, aberrant zinc signaling is associated with a range of life-threatening diseases such as cancer, heart disease and stroke, Alzheimer’s disease, and T2D [4].

In cellular homeostasis, the activity of bioactive zinc requires that the delivery of this metal ion to tissues and cells, its intracellular bioavailability and distribution are tightly controlled. These processes are modulated by a family of transmembrane zinc transporter proteins that regulate the uptake, distribution and storage of zinc and are designated as the zinc importers (SLC39/ZIPs; or ZIP1-14), and zinc exporters (SLC30/ZnTs; or ZnT1-10) [5]. Of the zinc transporters, ZnT8 is undeniably the most well-characterized and understood. ZnT8 is predominately expressed in pancreatic β-cells where it has an essential role in the transport of zinc into insulin secretory granules which is fundamental for the synthesis, storage, and action of insulin [6,7]. Mice with a pancreatic β-cell-specific ZnT8 knockout are glucose intolerant, while mice with a global ZnT8 knockout are glucose intolerance, have reduced insulin secretion and develop T2D [8,9].

Recently, another zinc transporter, ZIP7 was shown to activate cell signaling molecules that are associated with insulin signaling [10]. These studies demonstrated that a reduction of ZIP7 in skeletal muscle cells was concomitant with reduced insulin receptor and insulin receptor substrates 1 and 2, reduced glucose transporter protein GLUT4, a reduction in the phosphorylation of the cell signaling molecule AKT, and finally, compromised glycogen synthesis [10]. Similarly, ZIP6 and ZIP7 function as zinc influx transporters controlling cytosolic zinc concentrations and insulin secretion in pancreatic β-cells [11]. These studies implicate ZIP6 and ZIP7 in controlling insulin signaling and processes associated with insulin storage and secretion.

Thus, given that zinc is an essential regulator of cell signaling cascades and the storage, distribution and release of zinc in cells is intrinsically regulated by zinc transporter proteins, it is rational that aberrant regulation of zinc flux will contribute to disease processes such as T2D. Additionally, the processes associated with dysfunctional zinc signaling are typically due to changes in the zinc transporter proteins in cells rather than an issue of zinc accumulation or deficiency. Consequently, therapies that target the zinc transporters directly to improve or correct aberrant zinc metabolism and homeostasis could therefore be a more efficient treatment than zinc supplementation. 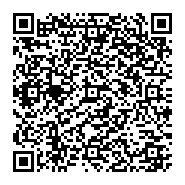