Obesity is a major public health problem that is reaching pandemic proportion. Currently two thirds of the American population is either overweight or obese and worldwide, 39% of the population is overweight and 13% are considered obese [1,2]. This rapid rise in obesity is associated with increased in diabetes mellitus type 2 (DM2), hypertension (HTN), chronic kidney disease (CKD) and cardiovascular diseases (CVD), the major killer of adults in the USA. Parallel to this epidemic is the rapid rise of sleep disorders such as Obstructive Sleep Apnea (OSA). These disorders lead to increased morbidity and mortality and generally go undiagnosed and undertreated, particularly among minority groups. Accumulating evidence indicates common pathophysiologic background underlying all of these related disorders. Among these include: increased inflammation, increased oxidative stress, endothelial dysfunction, dyslipidemia and hypercoagulability. We discuss the rising epidemic of sleep disorders and its interrelationship with DM2, HTN, CVD and renal disease highlighting the racial disparity in diagnosis and treatment of these disorders that disproportionately affects minority populations. We also discuss the various treatment modalities and the cutting edge developments in this field.

With the rise in obesity in the USA and around the world, there has been a rapid increase in the prevalence of DM2, HTN, CVD and (CKD). Alarming recent reports indicate that 21 million people or 9.3% of the USA population have diabetes, and of those, 8.1 million were undiagnosed [3]. HTN is a very common disease in patients who are obese, particularly those with diabetes occurring in up to 71% in this population [3]. Furthermore, DM2 is by far the most common cause of chronic kidney disease (CKD) and End Stage Renal Disease (ESRD) in the USA.

Sleep disorders including OSA are quite common among obese populations and appear to share some of the underlying pathophysiologic mechanisms as DM2, HTN, CVD and CKD.

Sleep disorders disproportionately affect minority populations. The recently published Multi-ethnic study of atherosclerosis (MESA) which objectively and subjectively screened patients and documented a higher prevalence of sleep disorders in blacks, hispanics and asians compared to caucasians. Of the four ethnic groups, blacks demonstrated the highest levels of sleep disturbance, shorter sleep duration, worse sleep quality and daytime sleepiness [10]. After adjusting for age, sex, location and BMI, these relationships remained evident. Although minority groups had higher levels of sleepdisturbance compared to caucasians, minorities were less likely to have been formally diagnosed [10]. This may be a result of poor access to health care services. The difference in the prevalence of sleep disorders in minority groups is likely secondary to a multitude of environmental and genetic variations across different ethnicities. Further research is necessary to identify these differences in order to better strategize for screening and therapeutic modalities tailored to improve recognition of sleep disorders and improve outcomes among these vulnerable populations [10].

Diabetes is a major health concern around the world, and the prevalence of DM2 has almost doubled in the past 30 years to about 8.7% of the population worldwide [11]. DM2 is more prevalent in patients with OSA and depending on the severity OSA, the prevalence of DM2 ranges between 29-60% [6]. One breakthrough study demonstrated that patients with a higher respiratory disturbance index had a higher degree of glucose intolerance and insulin resistance when looking at fasting glucose levels and 2-hour oral glucose tolerance tests [12]. Although DM2 and OSA share many of the same risk factors such as obesity and metabolic syndrome, there is evidence that OSA can increase risk of diabetes independent of age, sex and BMI [12,13] Animal studies have demonstrated that intermittent hypoxia leads to insulin resistance in non-obese mice demonstrating that there may be a pathophysiologic mechanism independent of obesity [14].

Although there is clinical evidence that there is a relationship between DM2 and OSA/SDB, there are very few studies that demonstrate a causal relationship between the two. There is emerging evidence that intermittent hypoxia increases sympathetic activity leading to decreased insulin sensitivity and impaired glucose tolerance [15]. Sleep fragmentation was also shown to decrease insulin sensitivity through increased adrenocortical activity. Patients with more fragmented sleep were found to have higher levels of morning cortisol and increased sympathetic nervous system activity indirectly measured through assessment of heart rate variability [16]. Another hypothesis is related to disturbances in specific stages of sleep secondary to OSA. Selectively disrupting “slow wave sleep” has been shown to cause variable hormonal disturbances, specifically, decreased insulin sensitivity and increased risk of diabetes [17].

Sleep disorders are associated with HTN independent of age, sex, and body habitus [22]. OSA increases the risk of developing new-onset HTN, and nearly 50% of patients with HTN have concomitant OSA [7] Similar to the relationship between OSA and DM2, increased sympathetic activity is likely the underlying mechanism between OSA and HTN. Intermittent hypoxia causes blood pressure elevations as a result of increased adrenergic activity, which leads to arteriolar hypertension that persists even after hypoxia has resolved. Both hypoxia and hypercapnia act upon chemoreceptors and cause increases in sympathetic activity [23]. One study validated this hypothesis by demonstrating that patients with sleep disorders had higher urinary metanephrines and normetanephrines compared to patients without sleep disorders [24]. The increase in sympathetic activity disrupts the physiologic decrease in blood pressure that should occur overnight which is referred to as “non-dipping” blood pressure pattern. The nocturnal HTN carries over to the daytime causing an overall increase in blood pressure as well as increase in CVD risk [25].

Sleep disorders, particularly OSA, are also closely associated with CVD. OSA has been shown to increase the risk of coronary heart disease, heart failure, stroke and cardiac arrhythmias [26], (Figure 1). Increased sympathetic activity associated with OSA directly increases the risk of thrombotic events [27] OSA can also increase the risk of cardiovascular events through changes in intrathoracic pressures, increased reactive oxygen species, coagulation defects and elevated pro-inflammatory markers (Figure 2) [26]. Hypoxia is a potent arthrogenic factor and recurrent chronic hypoxemia associated with OSA has been shown to promote artherosclerosis. Moreover, acute hypoxia may cause rupture of a vulnerable plaque and lead to an acute cardiovascular event [27]. OSA also leads to an increased an inflammatory response, which plays a role in the development of atherosclerosis. Patients with OSA were shown to have elevated inflammatory markers, such as, C-reactive protein and Interleukin-6 [28]. Treatment with nasal CPAP was proven to decrease these inflammatory markers, therefore, indirectly decreasing the risk of atherosclerosis [28]. 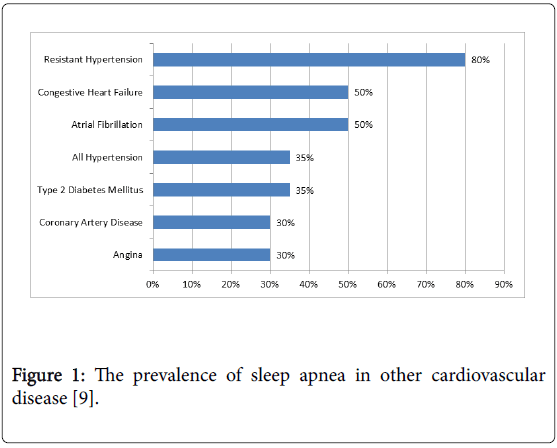 Figure 1: The prevalence of sleep apnea in other cardiovascular disease [9]. Figure 2: The association between obstructive sleep apnea and cardiovascular disease [9].

A large prospective study demonstrated that SDB and OSA were associated with increased cardiovascular mortality and all-cause mortality independent of confounding factors. The association was most apparent in men with severe OSA who were between ages 40-70 [29]. Although the increased association between hypertension and OSA may be partially responsible for the increases in cardiac mortality, the physiologic and hemodynamic stress may trigger fatal arrthymias [29].

There is a growing body of evidence that sleep disorders are common in patients with CKD. While causality has not been ascertained, the associations between sleep disorders and CKD have been clearly established. Emerging evidence suggests that sleep disturbance causes changes in renal physiology; with decreased sleep, there is a decrease in angiotensin, renin and aldosterone levels leading to increased urinary excretion of sodium [30]. This may be a compensatory mechanism for the decreased nocturnal dipping of blood pressure with sleep disorders. A recent study by our group, demonstrated that sleep duration was related to CKD independent of race, psychosocial well-being and comorbidities such as DM2, CVD and HTN. This study demonstrated that patients with short sleep duration (≤ 6 hours) and long sleep duration (≥ 8 hours) had 2-fold increased odds of self-reported CKD when compared to their healthy counterparts. Although this study did not describe a causal relationship between CKD and sleep disturbance it indicates that there is an independent relationship between the two [31].

While addressing sleep disorders, it is imperative to address underlying pathophysiologic mechanisms of these diseases with lifestyle changes targeting obesity, DM2 and HTN. Lifestyle and behavioral changes include weight reduction, diet control, exercise, as well as avoidance of alcohol and tobacco. Although lifestyle changes are important, they have not always shown to be effective alone. Therefore, other modalities need to be introduced including: CPAP, oral devices and surgery.

Treatment with CPAP has become the standard of care for patients with OSA. CPAP is associated with reduction in the development of HTN and CVD which underscores the rationale for early screening and treatment of patients with OSA [32]. Men with severe OSA have significantly greater risk of fatal and non-fatal cardiovascular events, and CPAP treatment significantly reduces that risk [33]. Trials have also demonstrated that treatment with CPAP can improve many of the pathophysiologic consequences of OSA such glucose intolerance and CKD. CPAP also improves quality of life with improvement in quality of sleep, increased energy and better concentration.

Alternative treatments for OSA include: behavioral therapy, oral devices, surgery and weight loss. Oral devices include the mandibular advancement device and the tongue-retaining device. The mandibular advancement device functions through protruding the mandible forward which decreases obstruction of airflow, while the tongueretaining device works in a similar fashion by holding the tongue in a more anterior position. Oral devices are generally used in patients with mild to moderate OSA and in patients with severe OSA who cannot tolerate or are non-compliant with CPAP. Surgery is used in patients with OSA who have an obstructive oropharynx that is potentially correctible with surgery. This is an option in patients in which CPAP, lifestyle modification and oral devices are ineffective or declined by patient [21].

In conclusion, the prevalence of sleep disorders (OSA) is increasing in the USA and worldwide. It is imperative that OSA is diagnosed and treated early as possible since sleep disorders are responsible for a variety of pathophysiologic mechanisms underlying DM2, HTN, CVD, and CKD. Disordered sleep is potentially modifiable and there should be an increased effort to improve sleep. Many people with sleep disorders go undiagnosed and untreated, particularly, in the minority populations. Further research is necessary to identify the barriers to diagnosis and treatment in these populations along with the implementation preventative strategies sooner. CPAP is currently the gold standard of treatment for OSA, although, if treatment is ineffective or compliance is an issue, alternatively, less effective therapeutic options are available.

Copyright: © 2016 McFarlane SI, et al. This is an open-access article distributed under the terms of the Creative Commons Attribution License, which permits unrestricted use, distribution, and reproduction in any medium, provided the original author and source are credited.