Malaria is a disease caused by protozoan parasites of the genus Plasmodium and transmitted by the bite of infected female anopheles mosquitoes. The four species of parasite in human are Plasmodium falciparum , Plasmodium vivax , and plasmodium malaria and Plasmodium ovale [1].

In Ethiopia, malaria is prevalent in 75% (three quarter) of the countries landmass is regarded malarious and about 52 million people (68%) live malaria endemic areas, and longer transmission duration in low land areas, river basins and valleys. There have been an estimated 10 million clinical malaria cases annually [2]. In the study area (Gongi Kolela district) there is high incidence rate of malaria transmission [3]. The objective of this analysis was for understanding malaria temperature relation and thus, enhancing predictability of temperature change impact on population health.

Ethical clearance was obtained from Bahir Dar University and submitted to meteorology agency/office which is found in Bahir Dar city and Gongi Kolela district health office for receiving permission during data collection. The epidemic form of malaria observed in 2002 and 2003 in the district this might be when the condition supporting malaria transmissions were suitable, but community awareness about malaria preventive and treatment activities were low. This leads to a sharp but temporary increase in disease incidence.

When the temperature increases malaria transmission also increase by reducing the interval between mosquito blood meals, then decreasing the time to produce new generations and by shortening the incubation period of the parasite in the mosquitoes. Also the minimum temperature for P. falciparum and P. vivax parasite development approximates to 18°C and 15°C, respectively and the daily survival of the vector is dependent on temperature as well. A temperature of 20°C to 30°C optimal for Anopheles survive long enough to acquire and transmit the parasite [4-6].

Simple linear regression analysis showed that at the same month minimum temperature positively associated with total malaria cases where as maximum temperature were negatively correlated with total malaria cases, this finding were coincided with study in Burundi [6]. From this study temperature is basic climatic factor for malaria transmission. Therefore a rise of temperature would enhance the survival of Plasmodium and Anopheles during different seasons and thus accelerate the transmission of malaria and spread it into populations that are previously malaria free [5].

So, during such condition continuous malaria prevention and control activities like bed net distribution and utilized properly, spraying and treatment should be not forgotten.

Plasmodium falciparum and Plasmodium vivax are the two Plasmodium species found in the study area.

Change of minimum temperature seems to best malaria predictor variables and may cause for malaria transmission in endemic areas, since strongly associated with malaria cases.

Based on the study finding I recommend that the government as well as other responsible bodies should use temperature variables to estimate malaria cases occurrence. Uninterrupted malaria prevention and control activities should be done by focusing on areas and months with the highest malaria risk for preventing the disease.

I like to acknowledge Health Development and Anti-Malaria Association for their financial support. And also I like to thank regional meteorology bureau and Gongi Kolela district health office and health centers for their cooperation during data collection.

Author’s contributions: Tsegahun Worku-All activities of the study done by him. 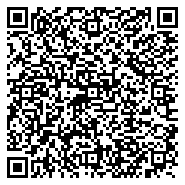