Copyright: © 2017 Pandey SR, et al. This is an open-access article distributed under the terms of the Creative Commons Attribution License, which permits unrestricted use, distribution, and reproduction in any medium, provided the original author and source are credited.

The paper aims in studying the different types of psychoactive substances used, and their impact on the youth, all across the globe. Here, we discuss which section of the society is vulnerable to the health-derogatory drugs and how they have been impacted over the past few years of the decade; also we bring to light the huge market of drug trafficking which largely impacts the economic channel of the world. The study is mainly based discussion of collected information from different prominent surveys carried out in renowned universities and health centres of America and India. The research methodology is a short scientific survey, conducted on 15 students of University of Calcutta, India, which records their response to the use of 6 different kinds of drugs, and concludes that there is an improvement in the social situation, and young people are getting some awareness of the harmful effects of the psychoactive substances, despite their easy availability.

Quite a few decades are witnessing the downfall of youth due to the consumption of psychoactive substances like drugs alcohol, etc., and several organizations, media, Governments and societies are taking their toll on the issue turn-wise, however, there has been no significant reduction in the problem.

In fact, the illegal activity of drug trafficking is becoming one of the largest overseas businesses rendering huge amount of profits to the pedlars and the brokers; the reason being embrace of drugs by the youth, which is the most vulnerable section of any society.

Who are more prone?

Research has shown that the teenage group is the highest affected all over the world and more prone to get addicted to psychoactive substances, because this age marks a significant transition in a man’s life. When a person leaves the secure environment of home and family and enters the world (marked by school going), he faces a transition where he meets the challenging world for the first time. The next phase of switch is entering adolescence, academically, the high school, and at this stage, biologically, the body experiences certain hormonal changes which creates a rebel inside a person. At the same time, his academic and social situations expose him to wider groups of people and new companies. This is the age of indecisiveness and hence any new object is a source of attraction and inquisitiveness. People get acquainted to drugs mostly at this age, because availability is more [1].

Also there are several social and emotional challenges, security and anxiety issues that affect an individual at this stage of life, and inability to deal with them, leads a person to resort to drugs, alcohol, cigarettes etc.

Though a 2014 survey by University of Michigan explains that the rate of usage of alcohol, tobacco in the form of cigarettes and illicit drugs like cocaine and heroin has declined over the past two decades, among 8th, 10th and 12th graders in America, however, the consumption of marijuana, tobacco in other forms remain constant and e-cigarettes have increased their sales, which are equally harmful (Figure 1). Only 14.2 percent of teens (12th graders) feel that e-cigarette smoking is harmful because the nicotine is vaporized and inhaled not smoked, but we are still unclear about the actual effects of e-cigarette consumption [2].

The growing business of trafficking

In India alone, nearly 47kgs of cocaine was seized from traffickers in 2013, according to the Narcotics Control Bureau’s (NCB) 2013 annual report, which found an increase in the number of cocaine cases from 72 in 2012 to 78 in 2013.

According to Government reports, the seizure of illicit drugs across the country increased by 455% between 2011-2013.

South American drug cartels are finding new trafficking routes in South Asia through Bangladesh and Sri Lanka, as reported by Christine Albertine, from the United Nations Office on Drugs and Crime [3].

Currently, the consumption and seizures of heroin represent an annual flow of 430-450 tons of heroin into the global market. And prime countries through which it links to the economy of the world are Afghanistan, Tajikistan, Kazakhstan to the Russian Federation (Figure 2). Figure 2: The growing business of trafficking.

This heroin market’s net worth is $13 billion per year.

From 2007-2008, over 16 to 17 million people across the world were found prime consumers of cocaine and about 40 percent of it resulted in North America [4].

For the North American market, cocaine is typically transported from Colombia to Mexico or Central America by sea and then onwards by land to the United States and Canada. Cocaine is trafficked to Europe mostly by sea, often in container shipments. Colombia remains the main source of the cocaine found in Europe, but direct shipments from Peru and the Plurinational State of Bolivia are far more common than in the United States market.

Drugs or any kind of addictive abuse is responsible for numbing your nervous system, hence interfering with the normal functioning of the brain and physiological body.

However, the significant impact of these substances is marked by the urge or desire to re-practice these activities over and over again for pleasure, and this can adversely affect the different organs of the body; addiction can have neurological impacts that are irreparable to the extent that can make a person lose control over his senses and emotions. Gradually, regular practise of substance abuse can make you sick and cause death [5]. Figure 3: Cases of death due to overdose.

Also, the National Centre for Health Statistics at the Centres for Disease Control and Prevention have recorded the growth in American deaths due to overdose of heroin from 2001-2014 as follows (Figure 4). At the same time, the world has not forgotten untimely deaths of legends like Michael Jackson and Jim Morrison due to excessive pursuit of illegal drugs. Hence, there is no doubt that drugs are detrimental to physical health of mankind and the growing rate of it should be stopped immediately [6].

• Besides, other diseases are also carried forth into the body while injecting the drug like hepatitis and HIV/AIDS, which are deadly.

• Drugs not only affect the abuser, but also his family and friends around.

Children of abusers are often neglected and scorned due to their preoccupation with drugs.

• Often, it has been observed that drug abuse also increases the crime rate, because abusers will beg, borrow and steal for obtaining the substances.

The Delhi chapter of Narcotics Anonymous (NA) in India has worked with former drug addicts since 1992. Each meeting has almost 30 individuals attending it every other day. The numbers attending due to cocaine abuse have remained consistent over the last few years, according to an NA official, even though it’s an expensive habit. “Even if these individuals have to steal money, they go ahead and do that” [7].

Drug and alcohol are major causes for domestic violence, child abuse, smuggling, murder, money laundering and the like.

Employees engaged in substance abuse can cause work hazards including serious accidents which are harmful for the businesses. For e.g. bus drivers, pilots, train operators and traffic controllers, who are abusers, can prove risky for their organizations as well as the society and human lives. Quest Diagnostics, a nationwide firm that conducts employee drug tests for employers, reports that 5.7 percent of the drug tests they conducted on individuals involved in an employment-related accident in 2004 were positive.

Consumption of drugs by employees, increases absenteeism, use of medical and insurance benefits, company’s funds, and hence consequentially decreases productivity and profits of an organization.

A short survey was carried out in Kolkata, India to determine how the youth in the University of Calcutta indulge in the use of psychoactive substances. Sample of 15 individuals have been selected to keep the study precise and error free. 6 types of mood-changing substances have been kept in the list and we have recorded the response of each individual to them, from the year 2011-2015 [8].

The table above shows the combined consumption of each drug (in kg) for 15 students per year (Table 1).

Table 1: Combined consumption of each drug (in kg) for 15 students per year.

The findings of the study clearly establish that psychoactive substances are in use in large quantities, in India, however, the combined mean of all the 6 types of drugs per year have been determined, and we can see that there has been a massive rise in their usage, since 2011, but after 2014, the mean declines significantly to 2.25 kg only, in 2015. This is certain, that awareness about the ill-effects of psychoactive substances in on its way to the world; the youth is longer care free; they are concerned about their health and risk factors predating on it, which is good news.

Challenges are huge; solution is prolonged. Governments and organizations are fighting against this issue prodigally; however, a significant remedy is yet to be achieved.

Awareness is being created through videos and inspirational stories by various mental wellness sites which are actually required (Figure 5). Indian and foreign films are projecting substance abuse as a main theme and social and economic problem, to warn the mass who are watching it.

Recently, we had watched Udta Punjab, which is a Bollywood film, fighting against substance abuse.

A person, to be cured from addiction, needs to first identify him/ herself, as an addict. He/she should be willing for treatment.

Therapies and counselling techniques are there today to provoke someone out of this evil practice. Cognitive Behavioural Therapy (CBT) has proved successful for dealing with cases of substance abuse.

However, the biggest role is that of the System, Police and the Government; dealing with drug trafficking issues, is very important to minimise their availability.

Once, the substances stop reaching mankind, they cannot be exploited.

Psychoactive substances are harmful to mankind, adversely affecting physical as well as mental health, especially of the youth of any nation. However, awareness can help us evolve from the clutches of addiction, and it is proven, as we can observe a slow, but gradual decline in the usage of drugs over the last 5 years. Psychotherapy and counselling are immensely helpful.

Zero-abuse is yet a myth, but let’s hope for a brighter future, free from substance abuse. 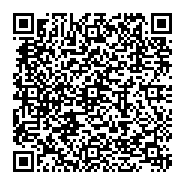