Use of PRP in Rhinoplasty

Rhinoplasty is always associated with bruising, nasal swelling, nasal block and pre-orbital edema in the short postoperative period affecting the quality of life of patients negatively. Platelets play an important role in wound healing which has been proven by previous researches in other medical conditions for example: diabetes and wound healing. Those raised my interest to assess the use of PRP in rhinoplasty to assess its effect on wound healing. Platelets rich plasma (PRP) is claimed to fasten healing process reducing postoperative edema, bruising and bleeding.

The purpose of this study is to validate the enhanced healing effect of PRP therapy in rhinoplasty with osteotomy.

PRP injection will increase the number of platelets in wound area by 2-3 times which theoretically must increase the amount of growth factors that is released by the platelets locally promoting wound healing [1,2].

This will be assessed by examining the effect of injecting PRP in the surgical site and under the eye on pre-orbital edema, bruising, wound healing, nasal swelling and nasal patency [3].

A prospective study between 2 groups of patients with and without PRP was undertaken to assess the above parameters.

The technique involved harvesting blood at induction of anesthesia. Platelets rich plasma is then separated by centrifuging it and transferred through closed technique to another tube. The tube will then be activated prior to injection; which is usually administered at the end of the surgery and after wound closure. Activated PRP is transferred to 3 syringes, 2 insulin syringes for injection of 1ml under each eye and the rest about 2.5 ml to be injected into the septum (subperichondrial), on the dorsum of the nose and at the sites of osteotomies as well as at the columella around open rhinoplasty wound. Nasal bandaging will follow [4,5]. 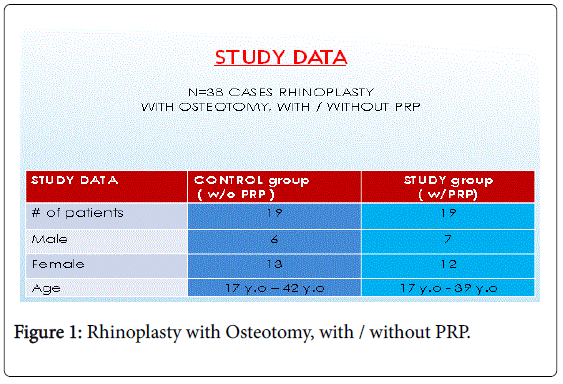 Figure 1: Rhinoplasty with Osteotomy, with / without PRP.

Patients are followed during their daycare stay then seen in follow up as at 48 h, 5 days, 10 days, 20 days, 30 days and 90 days. We assessed the following outcomes: per-orbital edema, bruising, nasal edema, nasal bleeding and nasal patency in the first 10 days postoperatively.

Originally 56 patients were included but eventually 18 patients were excluded either due to technique (closed rhinoplasty, no osteotomy, etc.) or the patients didn’t show up. So our inclusion criteria were open rhinoplasty with osteotomies and patients attending regular follow up.

As we can see in the above bar charts bruising is less with PRP in the first few hours but it was almost equal within 5-10 days (Figure 2). Bruising is rated from 0-5

Bruising is graded according to colour as follows:

Photos are taken by me or by my assistant and assessed accordingly. Definitely this study included a small sample size, which is a limitation. Future suggestions would be to include larger sample size and randomization to decrease bias. Another thought is to create a grading system to more accurately and objectively measure the studied outcomes.

Also we can extend our study for a month to 3 months regarding nasal edema. As we know that nasal edema may extend to 3 months especially in revision cases!

Overall nasal patency is better with PRP group but we need to construct a better measuring program as rhinomanometery to have more accurate results.

Comparison between primary and secondary rhinoplasty with PRP and an open rhinoplasty technique is still undergoing and data will be published soon!

Copyright: © 2016 Al-Gerrah DA. This is an open-access article distributed under the terms of the Creative Commons Attribution License, which permits unrestricted    use, distribution, and reproduction in any medium, provided the original author and source are credited