Various Grid productions and Comparison of ORACLE and IBM grid

Grid is a compilation of assorted resources which may be computational or non-computational in nature. A grid computing system consists of machines that have different computational capabilities. Grid systems needs to be robust to deal with improbability and capriciousness as it operates in environment where system performance may degrade. Sturdiness of a system is determined by the fact that the system will show limited deprivation in testing environment. In this paper we discuss about few grid productions of IBM and ORACLE and their services.

The Grid swiftly emerged as a foremost idea for wide area distributed Computing. Its goal is to provide a service oriented infrastructure (SOA) that Leverages consistent protocol and services to enable insidious access to, and coordinated sharing of geographically distributed hardware software and Information resources. Grid technologies and solution are being rapidly developed and deployed by industry. A Grid is all about gathering Resources together and makes them available to user and application. Computing grids are theoretically not like an electric Grid outlets walls. When you connect to an electric grid you don’t need to know where the power plant is or how current gets to you. Grid computing uses middleware to dispense IT resources across the network. The goal of computing grid, like that of electric grid, is to offer users with access to resources they need, when they require them. Grid addresses two goals. Provide remote access to IT assets and power processing.

Globus Toolkit is an open source computational grid technology from Globus Alliance ,an international association incorporating the University of Edinburgh, the Royal Institute of Technology in Sweden, the National Centre for Supercomputing Applications and Universal Corporation, which are concerned in constructing grid computing standards and technology. This community allows people to share computing power, databases, instruments, and other on-line tools securely across corporate, institutional, and geographic boundaries without sacrificing local sovereignty.

A number of projects and companies are using Globus Toolkit to unlock the potential of grids to advance their interests. Commercial applications based on Globus Toolkit are being developed by several companies such as Avaki, United Devices, Data Synapse, Entropia, Fujitsu, Hewlett-Packard, IBM, NEC, Oracle, and Sun Microsystems. Besides being deployed in many universities, and research institutions, Globus Toolkit is also being implemented in some of the large-scale e-technology projects such as Network for Earthquake Engineering and Simulation (NEES), Fusion Grid, the Earth System Grid (ESG), the NSF Middleware Initiative, and the National Virtual Observatory. The current version of Globus Toolkit is Globus Toolkit 5.2.4 This release is primarily to add beta support for "Sharing" for use with Globus Online

• Add beta support for "Sharing" for use with Globus Online.

• Added ability for clients to authenticate without delegating.

The toolkit is also tested on the following platforms: Solaris 11, MacOS 10.8 (Mountain Lion). 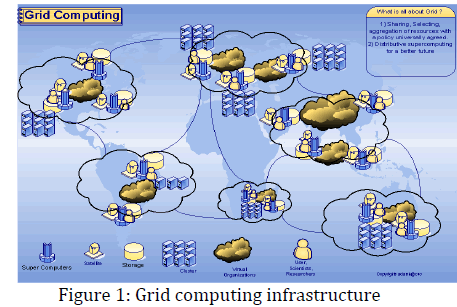 Various definitions are extracted from the main grid literature sources have been examined to find out the essential characteristics that a grid is supposed to have.

The characteristics of grid are as follows.

Large Scale: A grid must be able to cope with a number of resources ranging from just few to millions. Geographical Location: Grid resources must be located at different places.

Resource coordination: Resources in grid must be coordinated in to present aggregate computing capabilities.

Resource sharing: A resource in the grid belongs to many different organizations and allows other users to access them.

Multiple Administrations: Each organization establish different security administration policies, under which resources can be used and access.

Pervasive access: Grid must grant access to available resources by adapting to dynamic environment in which resource failure is a common place but this does not implies that resources is available universally but the grid must adapt its behavior as to extract the maximum performance from available resources.

Transparency access: A grid is seen as single virtual computer, where a virtual machine (VM) is a software implementation of a machine (i.e. a computer) that executes programs like a physical machine. Virtual machines are detached into two major categories, based on their use and degree of correspondence to any real machine.

Grid computing has been around for over 12 years now and its advantages are many. In Grid there is no need to buy large SMP servers for applications that can be tearing up and farmed out to smaller product type servers. Results can then be concatenated and analyzed upon jobs completion, much more efficient use of idle resources. Jobs can be farmed out to idle servers or even idle desktops. Many of these resources sit unused especially during off business hours, Grid environments are much added modular and don't have single points of failure.

If one of the servers or desktops within the grid fails there are ample amount of other resources able to pick the load. Jobs can by design restart if a failure occurs; improvement can be done on the fly without scheduling downtime. Since there are so many resources some can be taken offline while departure enough for work to continue, Jobs in grid computing are executed in parallel speeding performance. Grid environment is well run jobs that can be split into smaller chunks and run concurrently on many nodes. Grid is also useful solving larger, more complex problems in a shorter time, easier to collaborate with other organizations and make better use of existing hardware Exploit Underutilized resources; another advantage of grid is it provides worldwide admittance to a network of distributed resources.

As there is a long list of advantages there also a queue of disadvantages. Disadvantage starts with Licensing issue, licensing across many servers may make it prohibitive for some applications are the issue regarding authorization, Internet speed is the major concerned of grid as CPUs and local storage areas need to have high-speed connections, As here is need of central control over the hardware, there is no way to guarantee that nodes will not drop out of the network at arbitrary times, Memory issue is also concerned n can’t be ignored ,applications that take more memory can't take advantage of MPI as they are forced to run on a large SMP.

The IBM blueprint for autonomic systems consists of six units sharing the knowledge. These units are: sensor, effectors, monitor, analyze, plan and execute. As shown in this blueprint model, the monitoring system is an essential for recording the behavior of the system, delivering the data to the other autonomic computing components (analyzer, planner and executer) and performing the suggested actions, because we are talking about planetary scale system, then the monitoring system should be able to use remote and only fly sensors for tracking the behavior of the environment. Next section introduces the available monitoring technology for grid computing environment.

Multinational companies like IBM, ORACLE, SUN are using grid either in collaboration with other organisation or individually.

IBM added some grid-computing capabilities to the enterprise edition of its WebSphere Application Server, allowing companies to squeeze more performance from disparate Web applications running on clusters of servers through better load balancing.

IBM WebSphere Extended Deployment is made up of three components: 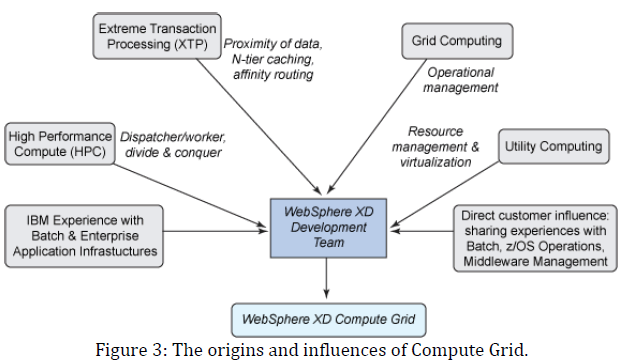 Figure 3: The origins and influences of Compute Grid.

• Operations Optimization: it provides application virtualization and features for improving the resiliency of a middleware infrastructure.

• Compute Grid: is an enterprise grid and batch computing infrastructure.

The version, 5.0.2, of WebSphere Application Server, Enterprise Edition, will also add a feature called Automatic Backup Clusters, enabling customers to designate one group of servers to act as a backup for another cluster, without the need to write code or get involved in complex configuration.

On of the IBM productions is IBM Platform Symphony Software Family

Not all grid computing is the same

For many large enterprises, grid computing is the primary solution for accelerating a wide variety of distributed computing and big data analytic processes. And for grid-enabled applications, maximizing performance and scale are the primary concerns. But not all grid middleware is the same. Some products impose architectural limitations or restrict your choice of operating systems or developer tools. Another potential constraint is persuading multiple lines of business (LOBs) to share a common infrastructure. Their fear of losing control and missing service level objectives can lead to cumbersome, expensive, applicationspecific grids sized to peak demand.

The above table shows the comparison of ORACLE and IBM grids on various factors. The differences and trade-offs in packaging become readily apparent when comparing Oracle and IBM grids side-by-side:

• Oracle grids are all-inclusive homogeneous (all Oracle) environments that provide the buyer with a turnkey, highly-integrated grid environment (IT buyers do not shoulder the expense of integrating multiple components).

• IBM grids are more flexible – allowing IT buyers to purchase the components they need and assemble the kind of grid that they want. Table 1: Comparison of IBM and ORACLE

A side-by-side comparison of Oracle and IBM grids shows significant differences in definition, in design, in integration, in management, in intent, and in packaging. And these differences are so many that it makes choosing one vendor’s grid versus the others extremely easy. In general, if an IT buyer wants a highlyintegrated, all-inclusive integrated application/database solution that has cluster-grid characteristics, Oracle’s 10g is a logical choice. (On the other hand, if a consumer does not use Oracle’s database or applications, they cannot deploy a true heterogeneous grid environment).