Vascular Adrenal Cyst: A Rare Retroperitoneal Tumor-Report of a Case and a Review of Literature

Introduction: Cystic adrenals are uncommon lesions that must be distinguished from other retroperitoneal or adrenal tumours. They are a heterogeneous group and vascular adrenal cysts constitute the most common type. The vast majority of these tumours are silent; however, occasionally, they can present a great variety of symptoms such as mass effect, abdominal pain or discomfort. They are benign lesions without malignant potential that can require surgical treatment to confirm diagnosis or alleviate symptoms.

The development of imaging techniques has increased the number of lesions diagnosed incidentally. Computed Tomography (CT) and Magnetic Resonance Imaging (MRI) are useful tools to evaluate these lesions as well as their relation with surrounding structures.

Material and methods: We report a vascular adrenal cyst occurring in a 75 year old man that presented abdominal pain and mass on the left side of the abdomen. Imaging techniques showed a retroperitoneal tumour with a size of 22 × 25 × 22 cm that displaced surrounding structures although without signs of invasion. Due to the symptoms and the size of the lesion, the patient underwent surgery. The postoperative period was uneventful and histological study revealed a vascular adrenal cyst.

The first case of a ruptured vascular adrenal cyst was reported by Greiselius in 1970, Viena Later in 1837, France, Rayers decribed the second case [1-3]. Since then up to date, around 600 cases have been reported [4].

Most of them remain silent for a long time or have a slow growth; however, they can also present a great variety of symptoms and signs: abdominal pain, discomfort, mass effect, nauseas, vomits, etc. In the last decades, the advance in imaging techniques has caused an increase in the number of adrenal incidentalomas, and consequently, the number of vascular adrenal cysts diagnosed as incidental finding. Before of the era of the widespread of radiologic imaging techniques, these lesions were diagnosed when reached a great size or caused symptoms [1-4].

Their incidence ranges from 0.06 to 0.18% [5]. Approximately, 6% of all adrenal incidentalomas are cystic lesions [6]. Women are more frequently affected than men with a ratio of 3:1 with a peak incidence in their fifth to sixth decade of life [3]. Most cases have a good prognosis.

We report a case of giant vascular adrenal cyst diagnosed as an incidental finding.

A Caucasian 75 year old male with a two-week history of abdominal pain was admitted to the Urgency Department. No other digestive symptoms were reported. His medical history included high blood pressure and chronic obstructive pulmonary disease.

At the physical examination, the patient presented a painful mass in the upper left abdominal quadrant.

A contrast enhanced CT revealed a retroperitoneal lesion with a size OF 22 × 25 × 22 cm that presented a well-defined and thin wall with small calcifications. It was located between spleen and left kidney, presenting a displacement of the latter (Figure 1). In addition, a MRI showed a retroperitoneal mass with hyper intensity in T2 and low intensity in T1, feeding by a branch of gastroduodenal artery. No other pathologic findings were reported (Figure 2). The patient underwent surgery. A left subcostal incision was chosen as surgical approach. The mass was dissected and isolated from surrounding structures, no invasion of adjacent organs was evidenced; feeding vessels were sutured and the tumour was completely excised without rupture (Figure 3). Macroscopic examination showed a nodular grey mass of 22 × 22 × 20 cm with a weight of 2150 grams. Immunohistochemistry displayed positivity for CD 31 and VIII factor. This confirmed the diagnosis of vascular adrenal cyst.

The postoperative period was uneventful and the patient was discharged 4 days later.

Follow-up did not show recurrent and nowadays the patient is doing well.

Adrenal cysts account for 4-22% of all adrenal incidentalomas. Typically, they are benign non-functioning lesions [1]. Rarely, they may simulate catecholamine producing tumors or pheochtomocytomas [7].

Most of them are asymptomatic and when symptoms appear abdominal pain and mass effect are the most common. They can also cause acute abdomen due to rupture, bleeding or pyloric stenosis [8]. Other symptoms include nauseas, vomits, headache, fever or palpitations [2].

They are tumors with well-defined margins and a size ranging from 1.4 to 33 cm. The largest ones have a higher rate of bleeding and rupture [5].

However, it has been reported that clinical presentation is not related to size [9].

Ultrasound shows an anechoic lesion with cystic nature and liquid content. On CT, adrenal cysts appear as a hypodense well-defined nonenhancing cystic mass with water density. Also, calcifications can be evidenced. On MRI, adrenal cysts present low signal on T1 and high signal on T2 due to the liquid component [5,10].

Endothelial cysts are the most frequent type; they are usually less than 2 cm of size with a thin wall filled with liquid without dysplasia in its endothelium. No malignancy has been described [4].

Endothelial cysts and pseudocysts were considered as vascular cysts, although this is motive of debate. Other authors have postulated that vascular cysts could have their origin in preexisting vascular hamartomas [11]. Vascular cysts are divided into lymphangiomatous (the most common type), angiomatous and hamartomatous cysts.

Adrenal cysts can appear in the context of other pathologies such as as polycystic renal disease, Beckwith-Wiedmann syndrome, Klippel- Trenaunay-Weber syndrome, abdominal neuroblastoma, aortic aneurysms and swanoma [2].

Although vascular adrenal cysts have a benign nature, in some occasion’s diagnosis cannot be confirmed until histological study is performed. Fine needle aspiration cytology is not useful, often only hematic liquid is obtained. However, it can help to diagnose other conditions such as Echinococcus or pheochromocytoma [12].

Surgery is mandatory for those large lesions, symptomatic patients or when malignancy cannot be ruled out. Surgical approach can be laparotomy or lumbotomy. Also, laparoscopic can be considered for those lesions less than 8 cm of size and without signs of malignancy [12].

Adrenal cysts are an unusual entity. Their presentation varies from incidental finding to symptomatic lesions causing abdominal pain or mass effect when they reach a great size. It is crucial to differentiate them from other retroperitoneal tumours. Useful tools are CT and MRI. Surgical treatment is required when symptoms are present, lesions having a great size or when malignancy cannot be ruled out. Finally, histological study will confirm the diagnosis.

All authors declare no conflict of interest.

Copyright: ©2017 Mendoza-Moreno F, et al. This is an open-access article distributed under the terms of the Creative Commons Attribution License, which permits unrestricted use, distribution, and reproduction in any medium, provided the original author and source are credited. 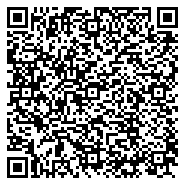