Copyright: © 2017 Yan XX. This is an open-access article distributed under the terms of the Creative Commons Attribution License, which permits unrestricted use, distribution, and reproduction in any medium, provided the original author and source are credited.

It is with great pleasure to introduce a special issue, namely “Clinical Diagnosis of Alzheimer’s disease”, which is scheduled to appear this year in JBR Journal of Clinical Diagnosis & Research. We cordially invite authors to contribute their excellent works to this exciting forum. Submissions are now open and will be fully considered for publication.

Alzheimer’s disease (AD) is one of the most devastating agingrelated neurodegenerative disorders in today’s world, accounting for more than 60 percent of dementia cases among the elderly in various societies. AD is definitively diagnosed postmortem based on hallmark neuropathology including neuritic plaques and neurofibrillary tangles. With the development of new technologies and better understanding of disease biology, significant advances have been made in the past few decades for early and antemortem diagnosis of the disease. To share new knowledge and achievement in clinical diagnosis of AD with our readers, we invite submissions of original studies, reviews, case reports or other types of scientific work (e.g., meta-analysis) related but not entirely limited to the following topics: (1) development and application of brain imaging technologies, CSF/peripheral biomarkers and cognitive assessment battery for AD/dementia diagnosis; (2) genetic and biochemical assessment of AD/dementia risk factors; (3) animal and human studies on neuropathology and disease biology of AD/dementia; and (4) conceptual notes on the current status and challenges of understanding the etiological and pathogenic mechanism of AD.

Many efforts are undertaken to develop cerebrospinal fluid (CSF) and blood biomarkers for AD diagnosis. Apart from β-amyloid (Aβ) and phosphorylated tau (p-Tau) [4,5], protein products related to other aspects of disease biology/pathology, such as aberrant proteolysis [6], oxidative stress [7], synaptic pathology [8,9] and membrane lipid perturbation, are considered as potential biomarkers [10]. Novel biomarkers may emerge from further studies of changes in the microRNAs, long non-coding RNAs (lncRNAs) and exosomes along with brain aging and AD pathogenesis [11-14].

Many cognition assessment batteries are readily available for evaluating dementia and other mental functions among at-risk and established AD subjects. AD pathology is thought to occur in the brain years/decades before functional decline, methods that may reflect subtle cognitive loss or changes in particular cognitive domains may be explored. For instance, a flash-card testing of temporary binding (TB) is recently reported valuable for cross-cultural assessment of cognitive deficits in AD [15]. Computerized cognitive assessments may be further developed as convenient and cost-effective tools [16]. Programs/applications for mobile devices (e.g., cell phones) could have broad utility, for instance for self-reporting/repeated cognitive assessments among at-risk populations, especially as screening/ monitoring tools in economically underdeveloped societies [17].

Understanding the genetic risk factors of AD may help early diagnose and intervene this disease. Mutations in genes coding the β- amyloid precursor protein (APP) and presenilin-1 and 2 cause earlyonset AD. It remains less clear about the genetic risks of the vast majority of the sporadic or late-onset AD cases, except apolipoprotein E-ε4 allele being the known one. Recent genome-wide association studies have identified many rare genetic loci associated with increased risk for sporadic AD, including variants/mutations at the coding or non-coding regions of CLU, PLD3, TREM2, UNC5C, AKAP9 and ADAM10 genes [18,19]. Notably, the vacuolar protein sorting 10 protein (Vps10p) family genes are linked to the risk of developing AD. Variants in several loci of the sortilin-related receptor L1 gene (SORL1) can increase the risk of AD [20-23]. Variants of single nucleotide polymorphisms (SNPs) of the sortilin related Vps10p domain containing receptor 1 (SORCS1) may also relate to AD [24]. The SNP rs17646665 of the sortilin gene (SORT1) is linked to a reduced risk of AD [25].

While the classic neuropathology of AD has been well established with a long history of human brain studies, investigations using animal models may help elucidate the causal relationship and biological underpinnings of some lesions [26]. Animal models are also essential for preclinical drug development [27]. Unfortunately, most transgenic mouse models developed so far do not fully recapitulate AD-type human brain lesions [28], neuropathological data from non-transgenic animal models might be informative for selection of the best suited systems for the development of AD biomarkers and therapeutics [29,30]. Of interest, using inducible pluripotent stem cells (iPSCs) techenology, it is now possible to transform stem cells from patients into neuronal models [31]. Such patient-derived neurons migh carry some biological/pathophysiolocal properties that are age or disease stage specific, therefore allow mechanistic investigation, biomarker development and drug screening [32].

With the pressing trend of global population aging, and the current poor understanding of the fundamental etiological/pathogenic basis and short of preventive/therapeutic options for AD, the academic community, administration branches and scientific funding bodies over the world are obligated to combine efforts in order to confronting the challenge of this disease to human health. Apart from studies governed by major “mainstream” hypotheses, basic, translational and clinical investigations should be broadened to explore additional aspects of the disease development and mechanism. Novel pathological, biochemical, genetic and “omics” data from human brains and biofluids could provide great implications for understanding the disease. Conceptual interrogation on the existing hypotheses of the disease may lead to new strategic directions in basic and translation research.

Overall, with the broad topics as covered above and optionally broader, we hope to bring in novel original research discoveries, new concept and ideas, and expert opinions on Alzheimer’s disease and its diagnosis to this special issue, which, with its publication, may serve an impressive reference for readers in the AD research community in the coming years. 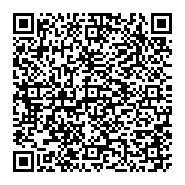