Zoonotic Diseases and One Health Approach

One Health is not a new concept. Hippocrates, the famous ancient Greek physician, wrote “Airs, Waters, and Places” promoting the concept of health through a clean environment. Rudolf Virchow, the German physician considered the father of pathology, coined the term, “zoonosis.” He stated, “Between animal and human medicine there are no dividing lines- nor should there be.”This recognition that human and animal health are linked is as important now as ever.

More than 60% of pathogens that cause diseases in humans are zoonotic- diseases of animals that can infect people. And over 75% of emerging infectious diseases are zoonotic as well. Zoonotic diseases are emerging into human populations as the natural world is being increasingly disrupted and degraded. Explosive human population growth, intensive agricultural practices, deforestation, intensive agriculture, livestock grazing, and global trade and travel have contributed to increased interactions between animals, humans and wildlife species, leading to disease emergence. In the late 1990’s widespread deforestation led to the emergence of the Nipah virus in Malaysia. Similarly, intensive agriculture led to a massive Q fever outbreak in the Netherlands from 2007 to 2009.

The One Health concept calls for a paradigm shift in developing, implementing, and sustaining health policies that implement collective and coordinated actions between human, animal, and environment sectors. The One Health concept helps to understand the interactions between animals, humans, and the environment and how these interactions affect the occurrence of infectious diseases. It aims to promote interdisciplinary collaborations between wildlife biologists, behavioral scientists, ecologists, agriculturalists, veterinarians, physicians, virologists’ biomedical engineers, and epidemiologists among others to attain optimal health for humans, animals and the environment [1-4].

The emergence of avian influenza and SARS are good examples of the need for greater partnerships and collaborations between multiple sectors. Implementations of effective surveillance measure across species are possible only by bridging the organizational gaps mostly between animal, human and environmental sectors.

One Health has been recognized as a major strategy of disease control and prevention by the US Department of Agriculture, US Centers for Disease Control and Prevention (CDC), World Bank, World Health Organization (WHO), Food and Agriculture Organization of the United Nations (FAO), World Organization for Animal Health (OIE), United Nations System Influenza Coordination (UNSIC), European Commission and other entities [5-7].

The challenges of the 21st century require a new paradigm in health and disease: One Health. Pathogens cross species and political borders. One Health is a growing worldwide movement, but needs widespread cultivation and support [8].

Copyright: © 2014 Dahal R, et al. This is an open-access article distributed under the terms of the Creative Commons Attribution License, which permits unrestricted use, distribution, and reproduction in any medium, provided the original author and source are credited. 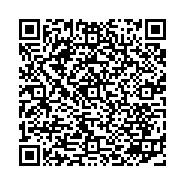