Oxic and Anoxic Metabolism of Steroids by Bacteria

Steroid compounds are produced by eukaryotes where they have a variety of chemical structures and play important physiological roles. Many bacteria are capable of transforming and completely degrading steroids under various growth conditions. The microbial metabolism of steroids has gained considerable interest due to its potential applications in industrial and environmental biotechnology. The oxic degradation pathways of steroids and some of the involved enzymes are well characterized. The key players in these pathways are oxygenases which depend on dioxygen as a co-substrate. On the contrary, much less is known about the mechanisms operating under anoxic conditions. Obviously, anoxic bacterial metabolism of steroids should proceed via oxygenase-independent reactions. So far, a few bacteria that can completely degrade steroids in the absence of oxygen were characterized. Surprisingly, all of them belong to denitrifying bacteria and utilize only nitrate as the alternative electron acceptor. Recent studies of anoxic metabolism of steroids using denitrifying bacteria revealed unique and interesting biochemical reactions and enzymes. Here we discuss the current understanding of the biochemistry and molecular biology of bacterial steroid metabolism under anoxic conditions. The aerobic metabolism of steroids is briefly presented for the sake of comparison. Future investigations on anoxic metabolism of steroids will unravel novel aspects of the regulation and evolution of catabolic pathways as well as unprecedented biocatalysts with useful applications in biotechnology. 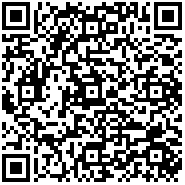