Copyright: © 2013 Mohammadpoorasl A, et al. This is an open-access article distributed under the terms of the Creative Commons Attribution License, which permits unrestricted use, distribution, and reproduction in any medium, provided the original author and source are credited.

Tobacco use is an important and preventable risk factor for developing diseases, disability and premature death in the world. According to a World Health Organization (WHO) report, half of the users (nearly 650 million people) die from smoking-related diseases, and 70% of these deaths occur in developing countries [1]. Hookah or water-pipe smoking is one of the traditional ways of smoking in many countries particularly in the Middle East and Africa. Hookah is also known as Shishah, Arghile, Nerghile and hubble-bubble. The majority of hookah smokers and even some physicians believe that hookah smoking is safer than cigarette smoking as they believe that it filters out harmful factors of tobacco. However, evidence shows that hookah smoking may be even more harmful [2]. Results of studies have shown that hookah smoke contains different toxins such as CO, nicotine, tar and heavy metals [3,4]. Furthermore, it has been revealed that there is a relationship between hookah smoking and different malignancies such as mouth, stomach, esophagus and lung cancer [2,5]. Hookah smoke also increases cadmium level in hair and nail [6] and decreases pulmonary function [7]. Moreover, the results of a review study on harmful effects of hookah showed that hookah smoking damages the process of oxidation and increases the risk of developing malignancy and infectious diseases [8].

In recent years, a dramatic increase has been reported in the number of hookah smokers particularly among young people [9-11]. The results of two national health and disease evaluations in 1991 and 1999 showed that hookah smoking is increasing in the groups of 15-24 years old in Iran [12]. Overall the rate of hookah smoking across the country is 5.3% and in the south cities is 8.2% [13,14]. Unfortunately, there is a little information regarding hookah smoking pattern in Iran. The aim of the present study was to determine the pattern and characteristics of hookah smoker in Tabriz city.

In this cross-sectional study, ten coffee houses in Tabriz city were randomly selected. A 20- item self-administered questionnaire was distributed between 50 randomly selected hookah smokers in each coffee houses. If the respondents were illiterate, the questionnaire was completed by a trained interviewer. To avoid bias, the process of respondent recruitment was conducted at different times of the day.

The questionnaire was developed by the authors through reviewing the relevant literature. It was validated and modified by experts (epidemiologists and psychiatrists that who worked on tobacco smoking). It was then filled out by a small sample (n=25) which resulted in some minor amendments. The questionnaire included questions about hookah smoking status, cigarette smoking (current and past), hookah addiction, hookah smoking during journey and at home, the reasons of hookah smoking as well as demographic characteristics.

According to the results of the previous studies, regular hookah smoker defined as subject who has been smoking hookah at least 4 times per week [15]. Descriptive statistics, chi square and independent t-test were used to compare the pattern of hookah smoking between regular and occasional smokers by using SPSS-16 software.

Two hundred and ninety-three (65.8%) of the respondents reported that they were not addicted to hookah and 72% smoked hookah only while they were with close friends yet 27% smoke it alone. Notably, 42.8% of subjects had experienced hookah smoking cessation and 34% had a tendency to quit it. Among subjects, only 25.5% were willing to pay money for cessation of hookah smoking. Two hundred and three subjects (46.3%) had smoked hookah during their trip and 24.7% were smoked it at home. One hundred and ten subjects (25.5%) reported a history of having some hookah smoking related problems.

The frequency of hookah smoking is presented in Table 1. As was shown in this table, 82% of subjects were regular hookah smokers (smoking at least 4 times in the week). Also findings revealed that 22.2%, 57.4% and 20.4% of respondents smoked one, two, and three hookah (head) in each session, respectively

Since tobacco smoking is one of the most serious public health problems, many measures are taken especially in western countries in order to prevent this health hazard. However almost all of these interventions have been focused on cigarette smoking and hookah smoking has been largely neglected. Therefore, we have a very limited knowledge about the consequences of hookah smoking while it can be as dangerous as cigarette smoking [2,5].

Results showed that most of subjects smoked hookah with their friends and this pattern was similar to that of hookah smoking in Agha Molaei and Zare [16] and some Arabic countries [17-19]. Also, 51% of subjects were only hookah smokers and did not smoke cigarette. Based on this result, it is appropriate setting to conduct researches about the effect of hookah smoking on diseases especially in form of case-control studies. The majority of subjects believed that hookah smoking was an appropriate alternative for cigarette smoking and considered it to be less hazardous and also cheaper than cigarette smoking. This result stresses the necessity of implementing interventions to change these unhealthy beliefs. However, the present study was limited to coffee house hookah user, so generalizability of the results is limited.

Funding of study was provided by Tabriz Health Services Management Research Center, Tabriz University of Medical Sciences. We would like to thank this center for financial support. We also wish to thank all of the participants for their valuable collaboration with this study. 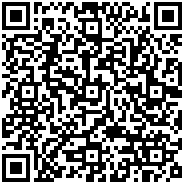