A New Trend of Omphalitis Complicated With Myiasis in Neonates of the Niger Delta, Nigeria

We report for the first time the Omphalitis infection in some neonates of the Niger Delta that was complicated with dipterous larval infections (myiasis) of their purulent umbilical cords. Unhygienic practices coupled with traditional ways of handling newborn babies and the application of non-sterile instruments during and after delivery at the rural settings promoted the aforementioned complications. Among 55 neonates examined for sepsis Omphalitis across the Niger Delta, 12 (21.8%) had dipterous larvae in their umbilical cords and stumps. The focus of the study was to assess the dermatological data of Omphalitis complicated with myiasis in newborns and establish the presence of other causes other than microorganisms in umbilical cords. Neonates of the age bracket (4-6 days old) showed higher infection rate with living larvae in decomposing umbilical cords. Dipterous larvae were obtained from three sites; the umbilical cords, umbilical stumps and from the skin around the stumps. Some eggs were also recorded in some of the aforementioned sites sampled. Data showed in neonates of 4-6 days old varied overall infection rates. Dermatological data showed in neonates overall infection rates from different locations of the Niger Delta. An overall infection rate of total eggs of dipterous flies deposited by Sarcophaga vilosa on the cords and stumps was 40% in Emekalakala (CI 95%, 37.2-40.4); in Ubima (CI 95%, 58.5-60. 2). No eggs of S. vilosa were found in other locations. At other locations, infection rates by Musca domestica attracted 40% in Old Bakana (CI 95%, 38.3- 40.2), 27% (CI 95%, 25.5-27.2). Infection rates caused by eggs of Cordylobia anthrpophaga in Ubima neonates was 34% (CI 95%, 32.1-34.5) and 34% in Egbeda (CI 95%, 32.3-34.5) and 32% in Emekalakala (CI 95%, 31.4-32.5).

Copyright: © 2016 Ogbalu OK, et al. This is an open-access article distributed under the terms of the Creative Commons Attribution License, which permits unrestricted use, distribution, and reproduction in any medium, provided the original author and source are credited. 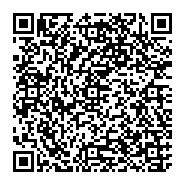