Effects of Plasmalogen on Patients with Mild Cognitive Impairment: A Randomized, Placebo-Controlled Trial in Japan

Objective: It has been shown that plasmalogens (Pls) in the brain tissue and blood decrease among Alzheimer’s disease (AD) patients. We first confirmed the effects of Pls on animal AD models, and subsequently reported that the ingestion of 1 mg Pls was effective for AD patients in a randomized, placebo-controlled trial with mild cognitive impairment (MCI) or mild AD patients. The present study examined the efficacy of orally administered Pls on patients with MCI enrolled in the previous trial in terms of individual domains of the Mini Mental State Examination-Japanese (MMSE-J).

Methods: The present analysis used 178 patients with MCI out of the 276 patients with either MCI or AD in the previously reported trial, and assessed the 24 week change in the domain-specific scores of the MMSE-J. Originally, the randomized, placebo-controlled trial was performed for 276 patients at age of 60-85 years who had the MMSE-J score of 20-27 points and the Geriatric Depression Scale-Short Version-Japanese Version (GDS-S-J) score of 5 points or less. The patients were randomly allocated to either a treatment with 1 mg of scallop-derived Pls daily or a placebo treatment. The primary outcome was a 24 week change in the MMSE-J. The registered number of the trial is UMIN000014945.

Copyright: ©2018 Fujino T, et al. This is an open-access article distributed under the terms of the Creative Commons Attribution License, which permits unrestricted use, distribution, and reproduction in any medium, provided the original author and source are credited. 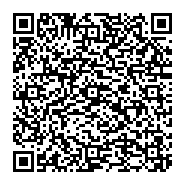