Objective: A case report of a retropharyngeal cystic parathyroid adenoma and a review of its embryology, differential diagnosis and management are presented.

Material and Method: A 34-year-old woman presented with a 2-year history of a right-sided discrete, cystic, submucosal cervical mass displacing the oropharynx anteriorly. MRI showed a large, cystic hyperdense mass occupying the parapharyngeal and retropharyngeal spaces. Surgical resection revealed a right-sided multinodular neck mass originating from the thyroid gland and extending along the prevertebral space and towards the contralateral neck, displacing the pharynx and larynx. Histology was consistent with a cystic parathyroidadenoma.

Conclusion:The differential diagnosis of a retropharyngeal mass should include parathyroid tumours.

Copyright: © 2014 Diom ES, et al. This is an open-access article distributed under the terms of the Creative Commons Attribution License, which permits unrestricted use, distribution, and reproduction in any medium, provided the original author and source are credited. 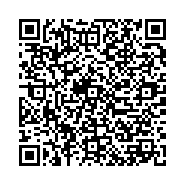