Lemierre’s Syndrome in an Adult: A Case Review

Lemierre’s syndrome (postanginal septicaemia/human necrobacillosis) was first defined and described in 1936 by Lemierre, a French Physician and Professor in Microbiology, although the first case report of human necrobacillosis was published in 1900 by Courmont and Cade [1,2]. Lemierre’s syndrome has come to be known as the “forgotten” disease, as very few cases have been reported since the introduction and widespread use of antibiotics [3,4]. In the preantibiotic era, Lemierre’s Syndrome was associated with a mortality rate of approximately 90% [1]. Currently, the associated mortality rate is estimated to range from 5% to 10% [5-7]. Since 1974, less than 100 cases have been reported [8,9]. This can be explained by the fact that more throat infections received early treatment with the widespread use of antibiotics, leading to the decrease in the incidence of Lemierre’s disease. The syndrome is characterised by a recent history of oropharyngitis with persistent fevers, followed by septic thrombophlebitis of the internal jugular vein and dissemination of the infection to multiple sites distant to the pharynx [10]. Fusobacterium species are responsible in most cases. It affects previously healthy adolescents and young adults. 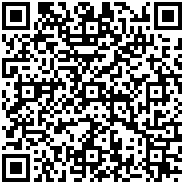