Material and method: Patients who underwent submandibular gland operation at Cerrahpasa Medical School between 2002 and 2012 were retrospectively analyzed.

Conclusion: While data were consistent with the literature in general, mucoepidermoid carcinoma was found to be the most common malignant tumor of submandibular gland, which was different from the literature.

Copyright: © 2013 Yilmaz M, et al. This is an open-access article distributed under the terms of the Creative Commons Attribution License, which permits unrestricted use, distribution, and reproduction in any medium, provided the original author and source are credited. 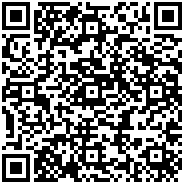