Zooplankton Abundance and Diversity from Pointcalimere to Manamelkudi, South East Coast of India

The play an important role to study is the faunal biodiversity of an aquatic ecosystem. The zooplankton recorded with the present study belonged to some taxa including, Foraminifera, Calanoida, Cheatognatha, Appendicularia, Polychaeta, Hydrozoa, Echinodermata, fish eggs and larvae. Rotifers were found in all stations. Fish eggs and larvae occurred throughout the year, but had peak abundance in summer. Larval forms of all groups were more evenly distributed in all the stations except O.dioica, Mysis and Ehinopluteus During the study period maximum salinity was recorded in the month of May 34.5 ppt and minimum was in the month of November 26.5. The maximum water temperature was recorded (34.5°C) in June and minimum (25.5°C) was recorded in the month of November, In general, pH was low during the monsoon season that is 7.6 in the month of December and maximum was recorded in April, 8.2. Dissolved oxygen concentration was low during the summer season could be attributed to the lesser input of freshwater into the study areas. High dissolved oxygen was observed in all the stations.

Copyright: ©2013 Varadharajan D, et al. This is an open-access article distributed under the terms of the Creative Commons Attribution License, which permits unrestricted use, distribution, and reproduction in any medium, provided the original author and source are credited. 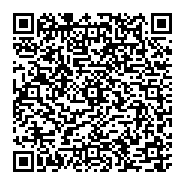