Prevalence of Anemia and its Associated Factors among Adolescent School Girls in Chennai, Tamil Nadu, INDIA

Anemia is a major public health problem but mostly ignored whether the country is developing or developed. In developing countries it serves as a primary cause for 40% of maternal death either directly or indirectly. World Health report of 2002 identified anemia as one among the top 10 risks for infant mortality, maternal mortality and preterm birth. During adolescence anemia is more prevalent in both sexes due to growth spurt especially in girls where they are exposed to risk of onset of menarche. Prevalence of anemia is very high in vulnerable groups even in higher socioeconomic status. This stresses the need to investigate the factors associated with the prevalence of anemia. Prevention of anemia is effective when the strategy is focused right from adolescence for their future reproductive life and this will contribute to achieve Millennium Development Goals (MDG).

Objective of the study: To estimate the prevalence of iron deficiency anemia among adolescent school girls in the age group of 13-17 years in Chennai and to study the associated factors.

Study results: The prevalence of anemia was found to be 78.75% among school students. Chi-square statistics shows significant association (p<0.05) of anemia is with type of family, socioeconomic status and diet. In this study 42.5% of girls with BMI<18 were found to be anemic. Linear trend predicts decrease in Hemoglobin with age as a factor if same dietary pattern is followed over the years (Table 1).

Conclusions and recommendations: A high prevalence of anemia is found in female students from nuclear families and whose mothers’ education is low. This study predicts that hemoglobin level tends to decrease as age progresses especially in their maternal life that gives an alarming effect on infant and maternal mortality rates. Health programs for housewives should insist the utilization of easily available and affordable iron rich diet, forming kitchen garden etc. School health programs, antenatal programs should focus on anemia, targeting on individual’s benefit. Strategies on anemia prevention can be formed at primary health care level. Iron fortification of commonly reachable vehicles like salt, sugar can be emphasized which does not demand the individual co-operation. Community awareness should be increased in overall nutritional status of women.

Anemia is a major public health problem worldwide and is often ignored in both developed and developing countries. Preschool children, pregnant women and adolescents constitute vulnerable group of anemia [1]. Adolescence is defined by WHO as period of life spanning the ages between 10-19 years which is a period where both physical as well as psychological changes occur. During childhood, nutritional needs of boys slightly differ from that of girls. But the difference in the nutritional needs widens after the onset of puberty. Iron requirements peak during adolescence due to rapid growth and increase in blood volume [2]. Though this vulnerable period has been focused by existing programmes it has to be constantly enhanced to offset the added burden like menstrual blood loss which precipitates the crisis often. In developing countries parasitic infections and other infectious diseases are more common which peak the requirements of iron in the human body [3]. Though this study has been planned to highlight the burden of anemia in adolescent girls, it will also be helpful in drawing recommendations and rendering suggestions to evaluate and enhance the existing Anemia Control Programmes.

A cross sectional study was executed in Chennai-India including 400 samples with an equal distribution of 200 each from both private and public schools. Chennai-India has been divided into four educational zones namely North, South, Central and East zones. From each zone one school both from public and private sector using stratified random sampling method was selected. From each school fifty adolescent girl students between the age group of 13-17 who were eligible were selected by simple random sampling method and included for the study after obtaining their informed consent.

Hemoglobin concentration was estimated by the cyan method [4] using hemoglobin analyzer. It is measured in terms of g/dl. Capillary blood was drawn by finger prick method. Cuvette tube was pre-filled manually with Cyanmethhemoglobin reagent. It was incubated for 5 minutes and finally readings were noted. For every sample a blank tube was placed in the machine to avoid the error or check the accuracy.

Socioeconomic status of the family in which respondent belonged was recorded using a well structured questionnaire. The questionnaire included details such as

Health information: Awareness regarding anemia such as Its definition, causes and symptoms were included. Details of the presence of symptoms of anemia were recorded.

Anthropometric measurements such as height and weight were recorded. Statistical analysis was done using SPSS version 10. 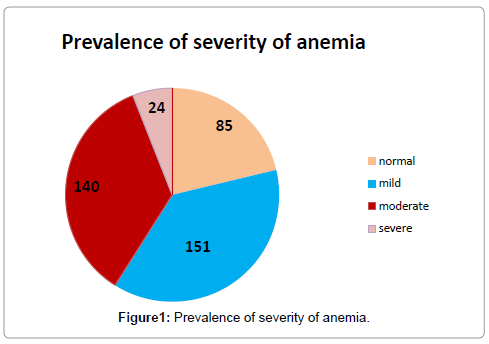 Figure 1: Prevalence of severity of anemia.

About 97% of participants included in this study were early adolescents while 3% being later adolescents (17yrs). 85.3% were from nuclear families, 31.5% of those belonged to families earning between INR 3000-5000. 39.8% of participants’ parents were unskilled labourers, majority of them possessed high school education. 86.75% of participants had attained menarche, 13.3% had high menstrual bleeding. 81.6% of girls were non-vegetarian. Bivariate analysis shows significant association with type of family, weight, mother’s educational status, type of school and diet pattern. (Table 1 and 2)

Anemia in adolescence has gained importance in last two decades. But still there is a question of increase in prevalence of anemia that emphasize on the investigation of factors associated with anemia. Though there are various factors that contribute to the prevalence of anemia, the current study has helped narrow down the major contributors such as Anthropometry, literacy status of mother, diet, age and menstrual discharge.

This study reported the prevalence of anemia is 78.75%. It is more in public school participants (43.5%) than that of private school respondents (35%). A similar result was reported in a study conducted in Haryana-India during 2009. The mean prevalence of anemia in the studies conducted during the past 3 years (2008-2011) was 72.9%. The average prevalence of anemia from 2006-2008 was 71.3 %. On comparing its prevalence with current study, it was elucidated that there is high level rise which indicates a major health problem that requires a solution to decrease increasing trends. This rings an alarm where intervention targeting individual’s benefit to be focused.

Type of family has a substantial relationship with anemia in this study which explains its higher prevalence in nuclear families. Reports of this study are quite contrary to the analysis by Rawat et al. [5] which indicates the higher prevalence in joint families and ironically to both of the aforementioned study conducted at Cuddalore in 2010 showed that there is no influence of the type of the family. The current study concurs the report of Gupta et al. [6] which shows high prevalence in nuclear families. There is sharing of responsibilities which gives economic and social security to the family.

Relationship of anemia with diet has been proven by various studies which delineated the preponderance of anemia on vegetarians. Present study infers non-vegetarians are more anemic than vegetarians while Verma et al. described about the chance of vegetarians being more anemic. This survey supports the work done by Rajini [7] in 2010 which reasserts the low prevalence of anemia among those who consume more green leafy vegetables.

Female students who participated in this study were asked to describe a person with anemia. Very few were aware of anemia and Hemoglobin levels. Very few i.e 2-3% knew that they were anemic. Majority of the respondents were unaware of cause and symptoms of anemia. This emphasized the need to focus on awareness programs before implementing any interventions.

Age contributed significantly to anemia in this study. This denies the reports of study done by Rajini [7], Kaur [8], Rita Singh [9] and Kotecha et al. [10] which stated that age was not a correlated factor.

Results of this study show that there is a relationship between anthropometry and anemia. It coincides with the reports of Chowdry et al. [11] and contradicts with the documentation of Rita Singh [9]. The mean weight is significantly less than that of others. Besides this incertitude arises from the preponderance of anemia in obese participants which stresses the need to investigate the inbuilt absorption by assessing various iron indicators and the quantitative analysis of the food they consume (Figure 2 and Figure 3). 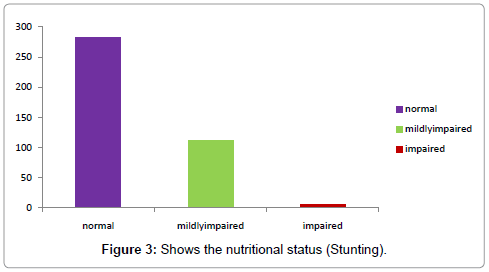 ⇒ The Results of this study show that the factors such as age, literacy status of mother, type of family, community, weight, diet, frequency of intake of green leafy vegetables and fruits, menstrual discharge, and deworming are the factors contributing to the prevalence of anemia. Socio economic status, age at onset of menarche, standard to which the participant belongs to are the factors which are not correlated to the prevalence of anemia. Awareness of anemia and its causes are very low among the study participants especially in public schools.

⇒ This study shows lower prevalence of anemia in participants whose mothers possess higher level of literacy. Promoting awareness among home makers will be helpful in overcoming this hurdle. Health programs for housewives on utilization of easily available and affordable iron rich diet and forming kitchen garden etc

⇒ Educating parents and children about the importance of deworming and emphasize them to have dewormed once in six months. Parents as well as teachers should be sensitized on under nutrition, role of healthy diet and consequences of anemia

⇒ In-depth studies can be done on evaluation of iron indicators like serum ferritin, serum transferrin etc. along with stool examination with wider samples

⇒ Though initiation of Iron fortification had been done, it should be in commonly reachable vehicles like salt, sugar and available for all, which doesn’t demand individual co-operation

Author is greatly indebted to her guide Dr. N Kabilan, Head of the Department of epidemiology, The Tamil Nadu Dr. MGR Medical University, Chennai, India for his constant guidance and support throughout the dissertation.

Author conveys humble thanks to her family and friends for their great support.

Copyright: © 2012 Premalatha T, et al. This is an open-access article distributed under the terms of the Creative Commons Attribution License, which permits unrestricted use, distribution, and reproduction in any medium, provided the original author and source are credited. 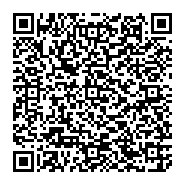