Copyright: © 2012 Koenig S. This is an open-access article distributed under the terms of the Creative Commons Attribution License, which permits unrestricted use, distribution, and reproduction in any medium, provided the original author and source are credited.

Numerous scientists are concerned with the investigation of proteins, because they are key to many problems in functional biochemistry and clinical research. Among the study topics post translational protein phosphorylation has been a hot issue ever since Levene published the presence of phosphate in vitellin in 1906 [1]. Proof that the process is catalyzed by enzymes was not obtained until 1954 when Kennedy described serine phosphorylation in casein [2]. Today, in the order of 200,000 articles dealing with protein phosphorylation are archived in scientific journals (Google Scholar produces even 1.7 Mio hits at date). Most of them required bioanalytical experiments. For many years now, Mass Spectrometry (MS) is a main element of the necessary tool kit (for overview see [3]) and it has nearly overtaken radiolabelling in importance in that research area. This is especially true for the phosphorylation of serine, threonine and tyrosine amino acid residues which has been primarily studied in the past. Only one fifth of the 92000 responses to the search term “protein phosphorylation” can be attributed to modification of histidine residues although pHis is thought to be one to two orders of magnitude more abundant in nature than pTyr (phosphotyrosine) [4]. Kinases and phosphatases that act on amino acids other than Ser/Thr/Tyr have also been described [4,5]. The reason for this discrepancy is typically sought in the lability of phosphoramidates and acyl phosphates in acid [6], a property which would stand in the way of traditional MS-based analyses. Many purification and separation steps and in particular peptide chromatography are performed with low percentages of weak acids or Trifluoroacetic Acid (TFA) so that the loss of acid-labile phosphate moieties can be expected. Therefore, radiolabelling continues to be of importance [5,6].

Little more than a dozen publications showing MS experiments of pHis-containing proteins and peptides are available in the public domain and all of them are single-case studies dealing with a specific molecule such as CheA [7] or histone H4 [8]. We have also been suffering from the lack of knowledge in the area of the bioanalytical detection of pHis-phosphorylated proteins when we became engaged in collaboration with the group of the discoverer of the first protein histidine phosphatase in vertebrates, Susanne Klumpp [4]. Trying to detect pHis in growth factors [9] we were in desperate need for reference substances to tune our methodologies to this particular class of substances. Classic organic chemistry came to the rescue. Hultquists fifty-year old strategy of synthetically phosphorylating histidine [10] has been extended earlier to biochemical studies [11,12] and eventually allowed the generation of pHis-containing peptides [13,14]. Thereby Potassium Phosphoramidate (PPA) served as phosphorylating agent. We have employed this concept to generate both peptide and protein reference compounds, which are adamant to test analytical procedures, optimize instrumentation and determine sensitivity [5,15].

The use of PPA for His-phosphorylation in an analytical laboratory has a number of advantages. The reaction is a comparatively easy to perform on-pot procedure with yields around 90% and better, at least in our hands. PPA was attested to not modify the hydroxyamino acids [11,12]. The diphosphate 1,3-pHis is generated only at low yield [5,14] and 3-pHis is the more stable isomer [12]. PPA could modify Lys residues; in particular in the absence of His residues [16], otherwise His was preferentially modified [17]. We did not observe any of those unwanted side reactions. For most applications such as Liquid Chromatography (LC)-MS, the product did not even need to be purified from the reaction mixture components, because PPA hydrolyzes easily. Both PPA and modified peptides and protein can be stored frozen for many months – the upper time limit has yet to be determined.

Studying a number of both pHis-peptides and proteins systematically [5,15], we surprisingly found that this modification is not that fragile preventing procedures performed at low pH entirely. The molecules were stable for several hours at room temperature allowing manual nanoelectrospray interrogation and even classical peptide reversedphase LC-MS in acidic solvents. In MS/MS, the systematic investigation of pHis-containing peptides provided proof that spontaneous dephosphorylation in the gas phase is not a common property of these types of molecules but rather sequence-dependent. More surprises waited with the analysis of pHis-proteins. For instance, tertiary protein structure could be partially preserved during phosphorylation indicating potential uses in protein structural and interaction analysis [15]. The availability of large quantities of pHis reference proteins moreover allows screening of traditional proteomic protocols for loss of phosphate and optimizing them accordingly. Speaking from our own experience we hypothesize that artificial protein phosphorylation will push this analytical field dramatically, simply by providing synthetic standards enabling a confident approach for the analysis of unknowns. 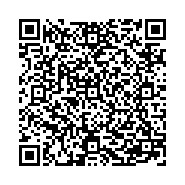