Septorhinoplasty - Aspects Of The Consultation And Patient Selection

The objectives of septorhinoplasty surgery are usually to improve the shape of the nose, improve breathing through the nose or both and the surgery encompasses a variety of techniques. It is vital to remember that the structure and function of the nose are intimately related and that structure and function both need to be preserved. It should also be remembered that the healing process goes on for many years and the aim is long term stability without the problems that can come with contraction of the skin envelope and the cartilage and soft tissue changes that can occur with time. I bring this in at the start of this editorial as often these factors are not considered.

For the purpose of this editorial, I will concentrate on those patients who are undergoing surgery that will change the shape of their nose and thus their appearance.

Patient selection is extremely important in rhinoplasty. This is both to ensure that the patient is suitable for surgery and will be satisfied with the results of surgery and as I will discuss later in this article, it is also important that the surgeon protects himself by avoiding surgery on the unstable patient.

The improvement in the appearance of the nose can be difficult to measure objectively. Ultimately, the aim of rhinoplasty, like many operations, is to produce a satisfied patient and most studies have evaluated the results of surgery in terms of patient satisfaction scores [1,2].

What factors might affect patient selection in rhinoplasty? Above all, this type of surgery is about managing patient expectations. It is vital to determine precisely the goals that the patient has pre-operatively and ensure that they are realistic. The surgeon needs to ascertain why the patient is seeking surgery at this time and what their underlying motivation is. The surgeon should ask open-ended questions and listen carefully to the responses. Have they had previous septorhinoplasty surgery? Where did they have their previous surgery and by whom? The surgeon is always wise to listen to what the patient says about their previous surgeon. Unreasonable criticism is a warning that they may have unrealistic expectations.

The consultation should not be rushed, much better to see the patient again if you do not have adequate time available. Often, I will have two separate consultations with the patient and sometimes a third consultation if either the patient or I have any concerns. I must be satisfied that they have understood and accepted the nature, limitations and potential complications of the surgery. This could be argued to be the objective of the pre-operative consultation with all types of surgery but I find that more than with any other patient, time spent with the rhinoplasty patient pre-operatively will pay dividends in the long term.

Red flags include aggression in the consultation, being unable to describe their objectives despite friendly coaxing and fixed and unrealistic expectations. Most of the studies show that the majority of patients undergoing surgery are satisfied with the results of their surgery but that there is a small but significant number of patients who are very dissatisfied despite achieving what the surgeon would consider a good result [3,4]. These patients can be very unhappy after surgery and one of the most important aspects of the pre-operative assessment is identifying these patients.

Interestingly, it is widely believed that the male patient can potentially be more problematic than the female [5,6]. Described acronyms where SIMON stands for single, immature, male, overly expectant and narcissistic and SYLVIA, secure, young, listens, verbal, intelligent and attractive have been used to illustrate two ends of the spectrum for patients being assessed for their suitability for surgery [7]. I think this is a little simplistic and some would argue that the sex of the patient is not significant. My advice is to take every patient on their own merits.

Violence against doctors is surprisingly common with 1/3 of hospital doctors reporting physical or verbal abuse and one in ten reporting physical attacks in a British Medical Association survey in 2008 [8]. It is thought that attacks on surgeons following rhinoplasty surgery specifically are comparatively high and it is quite shocking that several surgeons have been murdered after performing rhinoplasty surgery [9,10].

It is imperative that the surgeon is aware of the small number of patients who are not suitable for this kind of surgery. A careful history should be taken including a psychiatric history. Surgeons are not trained psychiatrists and in this sense are vulnerable. However, it may sometimes be perceived that ‘something is not right’. Some surgeons are using validated patient questionnaires in an attempt to identify the vulnerable patient [11,12]. Some patients should be referred to a psychiatrist who ideally has a special interest in the surgical patient. I would encourage you to build up a supportive relationship with your psychiatrist so that you can apply a team approach. It is my experience that referring to a general psychiatrist can in fact be detrimental as they will usually conclude that the patient is fine for surgery and may miss body dysmorphic disorder (BDD), particularly if it is mild. BDD is a distressing preoccupation with an imagined or minor defect in a person’s appearance and is thought to be relatively common in patients seeking rhinoplasty [13,14]. It can be difficult to recognize as the patient can try to disguise the symptoms and may have a sense of shame associated with it. Nearly all patients suffer from impairment of functioning and the condition can be debilitating. Delutions and suicidal ideation may occur. Any body part can be the focus of concern although the skin, hair and nose are the most common [15]. There is evidence that patient’s with very mild BDD can do well after surgery [16]. In many ways this is the most difficult area for the surgeon. Trying to determine whether the patient has mild BDD or simply an anxious personality and deciding whether or not surgery is in the patient’s best interest can be a challenge. I would advise seeing the patient again and ultimately erring on the side of caution. It is also worth ensuring that there is no concealed psychiatric history by checking with the patient’s General Practitioner that there are no concerns. Read the referral letter or previous notes if available. Other concerns may include minimal disfigurement, a history of conflict in relationships and personal misfortune being blamed on their appearance [6].

It is vital that the patient is mature enough to deal with potential complications. This is why the surgeon should be careful with young patients. They may not have any psychological problems as such but they need to realize that complications can occur and be mature enough to understand and accept this. Apart from acute nasal trauma (not an unusual situation), I would generally avoid surgery until the patient is out of their teens and I would advise caution with the young adult male. As a general principle, one should wait until the patient has stopped growing before operating and surgery on the younger patient should be conservative. It should be remembered that there is a growth centre in the nasal septum.

Following the initial consultation, the patient should be given an information sheet which is ideally also available on the internet. Morphing technology, where the patient’s photographs are downloaded and adjusted with the patient, is to some extent, controversial. Some believe that this can give the patients unrealistic expectations or validate their existing unrealistic expectations [17]. The patient needs to realize that the nose is not a piece of clay and accept the unpredictable nature of long term healing.

Copyright: © 2012 Eynon-Lewis N. This is an open-access article distributed under the terms of the Creative Commons Attribution License, which permits unrestricted use, distribution, and reproduction in any medium, provided the original author and source are credited. 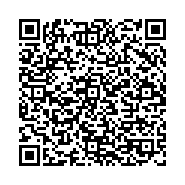