The State of Individual's Brain Circuits and Vulnerability to Nicotine Dependence

Copyright: © 2011 Vijaya Krishna V. This is an open-access article distributed under the terms of the Creative Commons Attribution License, which permits unrestricted use, distribution, and reproduction in any medium, provided the original author and source are credited.

Open Access is the immediate, online, free availability of research findings without any restrictions on use, commonly imposed by subscription based model. Open Access benefits researchers, policy makers, universities, nations and society as a whole. For researchers, it brings about more visibility and greater impact for their work. The immediate beneficiaries are the research scholars who gain instant worldwide visibility. This will help them tremendously in gaining a foothold in the highly competitive scientific community. More and more number of research funding agencies across the world are introducing Open Access policies that require their funded researchers to provide Open Access to their work. In short, Open Access brings greater visibility and impact, moves research along faster, and enables better management and assessment of research. The cycle of research, starting from the time the work is published, read, and cited to the time when it is built upon by other researchers, is enhanced and accelerated when results are available on an Open Access format. OMICS Publishing Group strongly supports this open access initiative and all articles published by OMICS Publishing Group are freely accessible to everyone immediately after publication. Some of the special features of OMICS group journals include digital formatting, audio listening, language translation and ability to share views on articles via social networking. The scope of “Journal of Addiction Research & Therapy” (JART) covers biological, social, and behavioral aspects of addictions across addictive behaviors and patient groups. JART provides it contributors with two key advantages. One is the rapid decision process with the fastest possible turn-around between the acceptance of articles and their publication. The second one is on-line free access to the Journal contents. This barrier-free distribution ensures the maximum reach and impact of research it publishes.

Both genetic and environmental factors are known to influence smoking behavior, although the major factors linked to smoking behavior are genetics [1,2] and mental illnesses [3,4]. The process of finding an effective therapeutic agent for smoking involves 1) identification of relevant genes and 2) identifying the brain circuit(s) linking the “risk alleles” to smoking. A recent NIDA (National Institute of Drug Abuse) funded study recognized the key role played by a network of brain circuits in determining vulnerability to nicotine dependence. Gusnard et al. [5] and Gusnard and Raichle [6] at the Washington University School of Medicine in St. Louis did pioneering studies on resting-state circuits of brain and noted that some brain regions synchronize their activity when individuals are awake and alert but are not performing any specific task. Research on Resting state circuits of brain can provide insights into how the brain works at a basic level.

Hong et al. [7,8] at University of Maryland School of Medicine, Baltimore, studied the resting-state neural signatures for nicotine dependence and assessed the impact of nicotine replacement therapy on brain circuits. They studied the circuits in the cingulate cortex because activity in that part of the brain was found to be disturbed due to addiction behavior. Using a resting-state functional connectivity (rsFC) approach, Hong and his coworkers Et al. Explored the entire cingulate region of the brain and showed that a dorsal anterior cingulate (dACC)–ventral striatal circuit which expresses the α5 subunit, is associated with nicotine addiction. The dACC is known to be associated with impulse and emotional control, which are impaired in addiction. It was found that participants with weaker communication in this circuit scored higher on the Fagerström Test for Nicotine Dependence. The most replicated functional marker linked to smoking is the α5 subunit gene (CHRNA5) rs16969968 or Asp398Asn polymorphism that converts aspartic acid (Asp) to asparagine (Asn) [9-11].

Recently, Hong et al. [8] showed that α5 gene variant Asp398Asn is associated with a dorsal anterior cingulate–ventral striatum/ extended amygdale circuit, such that the presence of this “risk allele” decreases the functional connectivity strength in the brain circuit. The vulnerability to smoking among smokers is more strongly dependent upon brain circuits than gene variants. It was shown that weakening of signal strength in the dACC-striatum brain circuit accounted for 10 to 12% of the differences in nicotine dependence among smokers. In contrast, the contribution of genotype alone was only 1 to 4% . The resulting data indicated that the variant of α5 gene interacts with other genes or environmental factors to weaken the brain circuit and increases vulnerability to smoking. In this particular study, there were 76 participants suffering from various mental disorders such as schizophrenia, substance dependence, and anxiety and depressive disorders. The individuals with mental disorders had weaker dACC-striatum circuit strength and higher smoking rates than individuals without mental disorders. The frequency of high-risk α5 gene variant in people with mental disorders was less, indicating that other genes or factors might contribute to the relative weakness in their brain circuitry. Future research efforts should focus on these unidentified gene variants that predispose certain individuals to mental illness and disrupt the circuit. I am sure the “Journal of Addiction Research & Therapy” from OMICS Publishing Group will make a positive impact in this direction. 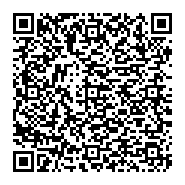