The preservational quality of fossils varies greatly from place to place, due in part to variation in factors such as sedimentary environment, diagenetic processes and taphonomic conditions. High-quality preservation of marine invertebrate animals is often associated with rapid burial in sediment. Depositional environments with high sedimentation rates are often associated with tectonic deformation (folds and faults). For example, the Syrian Arc System has formed a highly folded and deformed tectonic regime in the northern Sinai Peninsula. The resulting heavy sedimentation rates in the adjacent Tethys Sea produced thick packages of fossiliferous (sandstones, mudstones, limestones) during the Cretaceous. This study details the tectonic context of the abundant and well-preserved marine invertebrate faunas in the northern Sinai, of Egypt, focusing on the Gebel Yelleg and Gebel Mistan sites.

Fossils, the preserved remains or evidence of past life, are the direct means of documenting the history of life on Earth [1]. Preservation can be highly variable from place to place, so palaeontologists commonly target the particular regions and environments that were characterized by a relatively continuous sediment accumation and by postmortem conditions that favoured to fossil preservation [2]. Accordingly, numerous palaeontologists studied the fossils of the Sinai Peninsula, especially in northern part because this region is one of the best fossil sites in Egypt, yielding well preserved specimens of Cretaceous time that most of them represent a shallow, near shore environment.

The present work focusses on the relationship between rock deformation and the preservation of Cretaceous macro-invertebrate fauna from two northern Sinai sites in Egypt: Gebel Yelleg and Gebel Mistan (Figure 1). The main goal of this work is attempt to explain presence of abundant and well-preserved marine Cretaceous macrofauna of northern Sinai despite the rock deformation found and to stimulate further research on this interesting subject. In this work, the author selected Gebel Mistan and Gebel Yelleg sites in northern Sinai, Egypt, to achieve the goal of the present study (Figure 1). The Sinai Peninsula (Figure 1) is triangular in shape and occupies an area of nearly 60000 Km. The geology of Sinai Peninsula ranges from Precambrian basement rocks to Quaternary sediments. The southern sector of the peninsula is occupied by rigid Precambrian basement rocks, while the central and northern sectors are covered with a north-ward-draining limestone plateau with a series of northeasttrending anticlinal and synclinal gables. These folds, extending from the Western Desert in the west to Jordan and Syria in the east, follow the Syrian Arc System [3].

The Sinai Peninsula is bounded by rocks that were deposited in the Tethys Sea, by the Oligo-Miocene Gulf of Suez rifted basin to the west, and by the Late Miocene to recently transformed Dead Sea-Gulf of Aqaba rift to the east. Each of these major elements has dramatically affected the structure and tectonic evolution of the northern Sinai area Alsharhan and Salah [3], an area that is highly folded and deformed due to the Syrian arc system [4]. The hills, including the Gebel Maghara, Gebel Halal, and Gebel Yelleg, are the expression of doubly plunging anticlines with axial surfaces striking northeast-southwest.

These folds affect Jurassic through Cretaceous carbonates, which were deposited on a shallow platform that deepened towards an open Tethys Sea to the north [5]. The Jurassic and Cretaceous sedimentation of north and central Sinai Peninsula was cyclical and controlled by the clastic supply from the Arabian-Nubian Shield, the eustatic sea level, and local and regional tectonics [5]. The Early Cretaceous was marked by sharply accelerated continental rifting activity, as evidenced by the development of dominantly E-W trending grabens in northern Egypt and northeastern Libya [6]. The rift tectonics seems to have terminated at the end of the Early Cretaceous. During the early Late Cretaceous (Cenomanian), the North African margin was widely transgressed by the Neo-Tethys [7]. In central Sinai, Cenomanian sediments are predominantly formed by marls and shales, whereas in northern Sinai carbonates are increasingly common. Turonian shales, marls, limestones, and sandstones were deposited conformably on the Cenomanian beds. In northern and central Sinai, the Senonian deposits are predominantly chalks [6].

Gebel Yelleg is located in the northern Sinai of Egypt at 33°15´- 33°47´ E and 30°15´-30°36´ N. This site is a large, elongated asymmetric dome of Cretaceous rocks ranging from pre-Cenomanian rock (Lower Cretaceous sand stones) to Campanian chalk [8]. The Cretaceous rock units from base to top are the Galala formation (422 m) (Late Albian-Late Cenomanian), the Wata formation (102 m) (Early-Late Turonian), the Themed formation (15 m) (Coniacian-Santonian), and the Sudr chalk (Campanian- Maastrichtian) [9-11].

The study area is characterized by high abundance of Cretaceous macro and micro- marine faunas with good preservation. Gebel Yelleg represents Upper Cretaceous fauna while Lower Cretaceous fauna are concentrated in Gebel Mistan. In Gebel Yelleg the author focused on Cenomanian and Turonian macrofauna and Table 1 show some of the recorded Cenomanian and Turonian macrofauna on the level of genera based on the studies of El-Qot [15], and Mekawy [13] (the present author) For more details refer to [15]. In Gebel Mistan, the recorded macrofauna in Table 2 based on the studies of Mekawy (the present author) and Abu-Zeid [13] (for bivalves and gastropods) and Hamama, 2010 (for ammonites) and personal field observations (for corals and echinoids). The stratigraphic columnar section of the Cenomanian and Turonian rocks of Gebel Yelleg shown in Figure 2 while the stratigraphic columnar section of the Upper Aptian-Albian rocks of Gebel Mistan shown in Figure 3. Gebel Yelleg is a highly fossiliferous sites with diverse of marine macro-invertebrate fauna, especially in the Cenomanian and Turonian rocks. Most of them show low degree of disarticulation and fragmentation. Skeletal remains are randomly oriented, relatively poorly sorted and oysters and rudists occur in clusters and in growth position. They do not show any signs of deformation or compaction. The most common taxa are represented by bivalves (such as oysters, rudists), followed by gastropods (such as Turritellidae, Nerinea, Tylostoma), echinoids (such as Hemiaster, Coenholectypus), and cephalopods (such as ammonites, nautiloids) (Figure 4). The site also yields microfauna such as foraminifera and ostracods [15]. Lower Cretaceous assemblages (Upper Aptian- Albian) of Gebel Mistan are very well preserved especially those that occur in shales and carbonates where those that occur in chalky limestone and dolomitic limestone are not well preserved. Assemblages are densely packed, moderately sorted, randomly oriented, with low degree of disarticulation and fragmentation. Most of the shells were preserved in life position and no folded and deformed fauna is found. The most common macro-invertebrate fossils are represented by bivalves (such as Gervillaria, Trigonia, oysters), followed by gastropods (such as Nerinea, Tylostoma, Pyrazus) Mekawy and Abu-Zeid [13], and ammonites (such as Barremites, Phylloceras, Tetragonites) [14]. Brachiopods, colonial and solitary corals are common in the lower part of Gebel Mistan and can be found scattered on the surface (Figure 5). Foraminifer microfossils have been recorded at Gebel Mistan [12]. The low degree of disarticulation and fragmentation, relatively poor to moderate sorting, randomly orientation of organisms in life position suggest that the fossil assemblages at both sites were quickly covered with sediment, possibly while some of them were still alive which may be due to the tectonic movements. The absence of deformed fossils may support the idea that the deformation of Cretaceous rocks took place during the life of the fauna.

The Cretaceous sedimentary rocks of northern Sinai represent one of the thickest sequences in Egypt due to the transgression of the Neo-Tethys (previous studies). The thickness and the bedded nature of the sedimentary rocks make it easily deformable into faults and folds. The time of deformation in the northern part of the Syrian arc and northern Sinai in the Cretaceous, which coincided with an abundance and diversity of marine organisms, may be responsible for a quick cover of fauna by sediments and therefore good preservation. The well-preserved organisms must have been embedded by rapid burial. The animals buried in this way were most likely alive in many cases and may have been killed by the effect of tectonic movement, which would explain the dominance of marine fauna with a large proportion of complete specimens and good preservation.

Finally, the discussion above may be explaining the presence of fossils in a well-preserved condition in northern Sinai despite the rock deformation found.

1) The northern Sinai is highly folded and deformed due to geomorphic effects of the Syrian arc system.

3) Marine invertebrates observed in the study area are well preserved and in life position, with low degrees of disarticulation and fragmentation, random orientations, and moderate to poor sorting; no folded or deformed fossils have been found.

5) The absence of folded and deformed fauna in the study area supports the author’s hypothesis that sediment deposition occurred while the fauna was still alive.

Thanks to everyone in Journal of Earth Science & Climatic Change who has contributed toward the progress of this work especially Gracia S. Oliver, Assistant Managing Editor to respond to any request I asked her. I am deeply grateful to Kathleen S. Lyons, Action Editor, Department of Paleobiology, and University of New Mexico, USA for critical review of the manuscript. Deep and grateful thanks to Sims HJ and Adam Tomasovych, Geology Institute, Slovak Academy of Sciences, Slovak Republic for their critical review of the manuscript and useful comments.

Copyright: ©2012 Mekawy MS. This is an open-access article distributed under the terms of the Creative Commons Attribution License, which permits unrestricted use, distribution, and reproduction in any medium, provided the original author and source are credited. 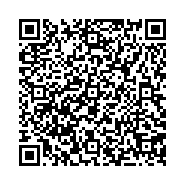