Copyright: © 2012 Butnariu M. This is an open-access article distributed under the terms of the Creative Commons Attribution License, which permits unrestricted use, distribution, and reproduction in any medium, provided the original author and and source are credited.

After realizing the danger of heavy metals pollution and the consequences on the ecosystems that sustain life on the planet, new ways of controlling and monitoring these pollution had to be found, besides the instrumental ones.

This indicates that of these surveillance is to detect possible functional and composition modifications of biological systems, also, followed by registering the reactions and the responses to the environmental changes [1].

This monitoring system through plants, named biological monitoring, can replace or complement the instrumental one, being much less expensive especially when big areas are monitored. The advantage of bio-monitoring system compared with instrumental one, comes from the fact that can provide information’s about the variations in time, the accumulation and the interaction of some abiotic factors and the response of the living organisms at the individual or group levels, to the changes in the environment [2].

The biological indicators are species, polluting agents or groups of species which due to their biochemical, physiological, ethological and ecological variations can allow the characterization of an ecosystem and bring to light as early as possible, natural and anthrop cal modifications of the studied ecosystem.

In case of heavy metals pollution the bio indicators can be:

− sensitive species, which indicate the pollution agents presence by injuries and malformations;

− the accumulating species, which deposits the heavy metals in their body;

− Species which can divide and proliferate in the polluting areas.

The vegetal bio indicators can offer answers to the combined effect of some heavy metals (comparing with instrumental system which can monitor one at each time) and can provide information’s after tissue analysis about small quantities of polluting agents and also the evolution in time of this agent [3].

The vegetable bio indicators can be classified in 2 groups:

− Introductive species, with accelerated growth, genetically uniform and are called “guarding species”. Their utilization is named–active bio monitoring. They respond immediately when concentration increases and are used for early heavy metal presence signalling.

− Species which grow only in some areas, perennial species of trees, slowly growing and with slow motion reaction to the polluting agent. They are named–detector species-because the effects of the pollution are seen late in the development. The method is called passive bio monitoring.

The guarding species have a rapid reaction in the early stages of development. For this reason they have to be periodically introduced and also cultivated in normal conditions as control samples [4].

The soil resistance to polluting agents like heavy metals depends on the stopper capacity. The soils with higher adsorption capacity (high content of clay and organic matter) retain these elements in the superior horizons. In these soils the toxic compound content of heavy metal which can be adsorbed by the plants or washed in the underground waters is much higher in the acid or dusty soils [5-7].

The dusty soils have a weak retention capacity for the majority of heavy metals. Each of this heavy metal penetrates the tropics chain and is subjected to specific processes. In the tropics circle the heavy metals encounter different biological barriers, due to which a bio selective accumulation takes place focused on organism protection against these elements. The biological barriers effects still limited, because in most cases a high concentration and accumulation can be observed [8-11].

To prevent these toxic effects of heavy metals accumulation some steps can be taken:

− blocking the heavy metals in the soil by adjusting the pH around 6.5 value (the majority of metals are insoluble at this stage except Mo) with amendment;

− deep plough by which clean soil is brought to the surface, and the combination of these with superficial layer can lead to heavy metal content reduction;

− elimination of the soil polluted layer;

− addition of some compound which can inactivate or precipitated the heavy metal content;

− bioremediation by cultivation with tolerant plant species which are not used for food production;

− cultivation of species which have a lower consummation for metals;

− recalculation of the compound dosage used to maintain soil fertility/

As a result of performed determination we can say that the heavy metals content in the soils is much higher than the maximum limit, but polluted areas were not pointed out [12].

The bio indicators can open a new and large research field, regarding the heavy metal pollution. This kind of research is much more convenient then instrumental monitoring, but there are still more to be to clarify and optimal monitoring methods for the environment to be found. Also its necessary to develop efficient steps for environment protection and for biodiversity conservation If we consider the budget problems with which all countries is confronted these days and other problems, the bio monitoring programs is for sure a successful and interesting alternative to classical methods. 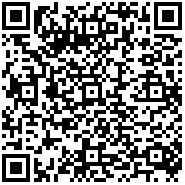