Copyright: © 2011 Kim JB, et al. This is an open-access article distributed under the terms of the Creative Commons Attribution License, which permits unrestricted use, distribution, and reproduction in any medium, provided the original author and source are credited.

Human adipose tissue is composed of fat derived from lipoblasts [1]. The amount of fat is associated with obesity in humans. Human adipose tissues store energy and produce several hormones and cytokines such as insulin, adiponectin, leptin, resistin, interleukins, and tumor necrosis factor (TNF)-alpha [2]. There are also several types of cells in human adipose tissue, such as multipotent adipose stem cells, adipose stromal cells, and adipocytes [3]. Adipose stem cells can differentiate into adipogenic, chondrogenic, and osteogenic cells [4]. Because of these characteristics, adipose tissue has been used clinically not only as a source of adult stem cells but also as biomaterial for tissue engineering [5]. Adipose tissue derived-cells were isolated by two different methods, mechanical (chopping) or enzyme treatment (collagenase). Compared to these isolation methods, the mechanical isolation of cell from adipose tissue can minimize cellular damage, whereas the enzyme treatment can obtain a large numbers of cells. Human adipose is mainly obtained through aspiration during operations [6]. These tissues are injected to humans immediately or stored in vitro and then may be reused after being designed. These tissues must be stored and maintained without damage to be used in vitro.

It is very important to select a proper freezing temperature and cryopreservation solution to minimize tissue damage during the freezing process [7]. Animal serum, culture media, and dimethyl sulfoxide (DMSO) have been used as cryopreservation solutions [8], and methods have been develop to slowly decrease temperatures during the freezing process to minimize tissue damage [9]. There is a need for rapid thawing to isolate cells from cryopreserved tissue or to reuse cryopreserved tissue.

Sera from several animals have been used to culture cells isolated from tissues or to cryopreserve tissue [10]. Sera are derived from several animals such as bovine fetuses and goats [11]. Among them, fetal bovine serum is broadly used as a cell culture or cryopreservation solution. Animal serum has many advantages in cell culture and cryopreservation. These sera are easy to obtain from animals. Animal sera must undergo many steps of sterilization to be used in human tissues. However, animal serum may contain viruses or toxic proteins that can cause fatal disease in humans even when the serum is sterilized [12]. For this reason, human applications of animal serum are strictly regulated in many countries [13]. In this study, we investigated the effects of two different isolation methods, which are mechanical (chopping) and enzyme treatment (collagenase), on primary adipose derived-cells, and the effect of human plasma on efficiency of cryopreservation solution for human adipose-derived cells.

Each donor of adipose tissue was asked to provide written informed consent for participation in the study. Fresh (female, 10 cases) or stored (about 3 months (female, 19 cases), about 6 months (female, 18 cases), about 12 months (female, 31 cases) human adipose tissues (10 mL) were obtained from the Real Department of Plastic Surgery Hospital. Tissues were immediately transported to a clean bench and centrifuged for 5 min at 80 × g. The upper layer was moved to a 15- or 50-mL tube. The tissues were washed three times with phosphate buffered saline (PBS) and chopped for mechanical cell isolation or digested with collagenase for enzymatic cell isolation. Chopped tissues were then seeded in tissue culture dishes and cultured in media (Dulbecco’s modified Eagle’s medium [DMEM] supplemented with 10% fetal bovine serum [FBS]) at 37°C in a humidified atmosphere containing 5% CO2. Tissues digested with collagenase and inactivated with media (DMEM containing 10% FBS) were dissociated mechanically and filtered with a 40-μm cell strainer. They were centrifuged for 5 min at 80 × g. Pellets were washed with PBS, seeded in Petri dishes, and cultured in media (DMEM supplemented with 10% FBS) at 37°C in a humidified atmosphere containing 5% CO2. Photographs were taken with an inverted system microscope (CKX41 model; Olympus, Tokyo, Japan) equipped with a DP50 camera system (Olympus), stored on a personal computer, and then processed using Adobe Photoshop 7.0 software (Adobe Systems, San Jose, CA). To assay the growth rate, cells were harvested by trypsin-ethylenediaminetetraacetic acid (EDTA) treatment after 7 days. Growth rates were determined by cell counting with 0.4% trypan blue dye in a Neubauer chamber. All experiments were performed in triplicate.

To analyze fraction of survival and apoptotic cells in isolated adipose- derived cells from 3-, 6-, or 12-month stored human adipose tissues, 10 mL of human adipose tissues stored for 3, 6, or 12 months were obtained from the Real Department of Plastic Surgery Hospital. Cells were isolated by collagenase treatment as described above. The analysis of cell death was performed using annexin V and propidium iodide (PI) staining according to the manufacturer’s protocol (BD Pharmingen, NJ). Cells isolated from adipose tissues were washed with PBS and resuspended in binding buffer supplied in the manufacturer’s kit (BD Pharmingen) at a concentration of 1 × 106 cells/mL. Annexin V-FITC and PI were added to tubes containing 1 × 105 cells and incubated for 15 min at room temperature (25°C) in the dark. To analyze cell death, 400 μL of 1× binding buffer were added to each tube. Flow cytometry was performed using a FACS Caliber system within 1 h.

All experiments were repeated a minimum of three times. SAS version 8.2 (SAS Inc, Cary, NC, USA) was used for all data analyses. Data is presented as the mean ± standard error (SE) of the mean. Statistical significance was determined using a one-way analysis of variance (ANOVA). When ANOVAs indicated a significant difference, Tukey and Dunnette’s tests were used performed to compare the means for three different storage and culture media conditions. Paired Student’s t-tests were used to compare efficiency of two different isolation methods. P-values less than 0.05 were determined to be significant. Table 1: Clinical information of tissues used in this study.

Since there has been a few studies reported isolation protocol An efficient isolation protocol to facilitate the clinical use of human adipose tissue needs to be established. To optimize protocol for isolating human adipose-derived cells from the tissues, mechanical treatment (chopping) and collagenase treatment were investigated. Collagenase was efficient in isolating adipose cells from human adipose tissues. Collagenases are enzymes that metabolize collagen, and have been used to isolate cells from tissues. Our results are consistent with previous results [16], and Yu et al also reported that adipose stem cells can be isolated efficiently by collagenase treatment [17]. 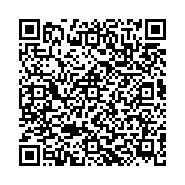