Copyright: © 2012 Deshpande S, et al. This is an open-access article distributed under the terms of the Creative Commons Attribution License, which permits unrestricted use, distribution, and reproduction in any medium, provided the original author and source are credited.

Abstract
Background: Omega-3-fatty acids are essential fatty acids necessary for various human health aspects.
Humans can get Alpha-linolenic Acid (ALA) from plants and can convert to LCPUFAs, but to very less extent.
LCPUFAs can be obtained only from fish oil which is not acceptable by vegetarian population. Hence, there is a need of an alternative process for LCPUFA production either from microorganisms or by biological engineering method using plant oil containing ALA. But plant oils also contain Linoleic Acid (LA) which forms Arachidonic Acid (AA) which is pro-inflammatory. Hence, to avoid conversion of LA to AA, ALA can be isolated prior to microbial conversion.
Objective: Hence the objective of the present study was to isolate ALA from plant oil by simple method of
column chromatography and convert to LCPUFA by microbial transformation.
Experimental methods: ALA was isolated from rice bran oil by column chromatography. Fungal strain of
Mortierella alpina was inoculated into GY medium containing three different concentrations of isolated ALA followed by incubation at 20ᴼC for 8 and 15 days. The isolated ALA and microbially converted EPA were identified by TLC and GC.
Results: In 10% ALA concentration, maximum conversion to EPA was found on 8th day. The EPA in medium was identified and confirmed by TLC and GC compared with reference standard.
Conclusion: The technique of isolation of ALA from plant oil by column chromatography and its microbial
conversion to EPA was found to be simple, less time consuming and effective which can be successfully applied to any oil containing ALA to get significant yield of EPA. This can be the good alternative to fish oil for EPA production.

Polyunsaturated Fatty Acids (PUFAs) are carbohydronic acids with at least two double bonds; they are not conjugated but at least one methyl group separates one double bond from the next. They are divided into groups based on the position of the first double bond counting from the terminus of the carbohydronic chain or methyl group as ω-3, ω-6 and ω-9 fatty acids. ω-3 fatty acids are α-linolenic acid (ALA, C18:3n3), LCPUFAs like eicosapentaenoic acid (EPA, C20:5n3) and docosahexaenoic acid (DHA, C22:6n3).

PUFAs have a wide spectrum of activities in various physiological conditions. With their unique structural and functional characteristics, they are distinguished by their role in regulating the architecture, dynamics, phase transition and permeability of membranes, modulating the behavior of membrane-bound proteins, controlling the expression of certain genes affecting fatty acids biosynthesis and cholesterol transport in the body. PUFAs serve as precursors of a wide variety of metabolites, such as prostaglandins, leukotrienes and hydroxy-fatty acids, which regulate critical biological functions. PUFA deficiencies lead to abnormalities in the skin, nervous system, immune and inflammatory systems, cardiovascular system, endocrine system, kidneys, respiratory and reproductive systems [1]. Amongst the two classes of PUFAs, omega-3-fatty acids play a role as anti-inflammatory while omega-6-fatty acids as pro-inflammatory [2].

Study on ω-3 PUFAs was triggered by the hypothesis on the healthy longevity of Eskimo population accruing from their traditional fish-rich diet. They have also known beneficial effects on CVS, CNS and other diseases [3]. As fish oil contains mainly EPA and DHA, the benefits of fish oil can be related with these LCPUFAs which are not synthesized in plants.

Although, fish oils are characterized by relatively high levels of very long-chain EPA and DHA, it has its own disadvantages like objectionable taste and odors, high cholesterol, small amounts of potential toxic impurities that are difficult to remove and the amount depends considerably on the season and geographic location of harvest sites as well as on the species of fish and the type and availability of its primary food source, namely marine microorganisms [4,5]. In addition, consumption of fish is only seen in most western countries as part of a balanced diet, in people living in coastal areas and in the non-vegetarian group of people. Vegetarians who do not eat fish have no direct source of EPA and DHA in their diet. They have to rely on the bodily mechanisms converting plant based ALA to EPA and DHA [6]. To convert them into LCPUFAs, a mechanism for the introduction of double bonds (i.e., desaturation/ unsaturation) exists de novo. In a mammalian system, it has been demonstrated that dietary ALA, mainly obtained from plants, is converted to EPA through the ω-3 route [6,7] but the in vivo process is slow and very limited since the rate of conversion probably varies according to age, gender, and other factors [8] and demand for LCPUFAs is increased in old age, pregnancy and lactation [9].

As the LCPUFAs cannot be synthesized by higher plants, apart from fish oil, microorganisms have also been considered for the production of oils and fats as an alternative to agricultural and animal sources of EPA and DHA [10]. Micro-organisms have the advantage of being capable to carry out chain elongation and further desaturation to yield the LCPUFAs, EPA and DHA [11].

Hence it can be presumed that microbes can convert PUFAs supplied in medium to LCPUFAs. It has been demonstrated that some algae like Chlorella minutissima [11] and Porphyridium cruentum [12] and fungi like Mortierella elongata, Pythium irregulare and Pythium ultimum accumulates EPA/ DHA using some vegetable oils as carbon source [13,14].

It has been observed that arachidonic acid-producing fungi belonging to the genus Mortierella accumulate EPA in their mycelia when grown in conventional media containing glucose as the major carbon source at low temperature (6-20°C) [15] and accumulation of EPA can be improved by addition of plant based oil to the media [16]. They have suggested that this microbial biotransformation may be due to activation of the enzymes involved in LCPUFAs formation, probably in the methyl-end directed desaturation of ALA, at low temperature.

The production of EPA and lipid containing oil by fermentation using microorganisms belonging to genus Pseudomonas, Alteromonas and Shewanella has been patented [17]. The similar study has been carried out to by using plant based oils like linseed oil [16] and barley spent grain [18] as a precursor of EPA and crude soybean oil for the production of arachidonic acid (AA) [19].

Hence, in accordance with the available literature, it is hypothesized that ALA obtained from plants can be converted into EPA and DHA in vitro by microbial enzymes.

It can be further assumed that as plant sources have considerable amount of Linoleic Acid (LA) which the microbial enzymes can convert into AA which is pro-inflammatory. To avoid this possibility, ALA can be first isolated from plants prior to its microbial biotransformation. Instead of the conventional method of isolation of fatty acids by saponification and urea crystallization, chromatographic method can be applied for such isolation which is simple and convenient.

Hence the objective of the present study was to isolate ALA from plant oil by column chromatography method and convert to LCPUFA using suitable microbial strain.

Amongst the various plant based oils, rice bran oil is selected for this study since it is readily available in high amount in the Vidarbha region of Maharashtra State of India near Nagpur city and it is widely used in regular diet to lower the blood cholesterol levels.

Rice bran oil was procured from Rice Mill, Gondia, Maharashtra, India; ALA and EPA were purchased from Sigma-Aldrich Chemical, Germany as standards. The fungal strain, Mortierella alpina was procured from MTCC, Chandigarrh, India. The other chemicals used for isolation and microbial conversion were of analytical grade.

Isolation and identification of Alpha-linolenic acid

The column chromatography method was used to isolate ALA from rice bran oil by eluting the column successively with different organic solvents and mixture of solvents in increasing order of polarity.

Chromatographic pattern of the isolated compound was studied by thin layer chromatography. Different types of solvent systems (mobile phase) were tried for each residue. Spots were detected using UV light (UV Chamber), iodine chamber and spraying (50% H2SO4). Rf value of spots were compared with that of standard.

The fractions giving single spots of ALA were mixed and isolated ALA was confirmed by gas chromatography.

A gas chromatograph (Thermo Fisher Sci. India Pvt. Ltd., Trace GC 600) was equipped with a flame ionization detector (FID) and capillary column (30 m×0.25 mm) (model no. TR fame 260M149P with stationary phase CP-Sil 88). The initial oven temperature was 120°C, which was raised to a final temperature of 150°C through a temperature program. The detector and injector temperature were 200°C and 250°C respectively. Chloroform was used as the solvent. The chromatograms were analyzed with Chemito Chrom-card software. The production of ALA and EPA was expressed as the area % fatty acid for further yield calculations.

Microbial conversion of ALA to eicosapentaenoic acid and its identification

Fungal strain of Mortierella alpina (MTCC NO-6344) was used from the stock cultures. Each fungus was inoculated into a 50 ml shaking flask containing 10ml of glucose yeast medium containing oil (isolated ALA) at various concentrations (5%, 10%, 15%) followed by incubation at 15-20°C for 15 days with reciprocal shaking (120 strokes/min) [16]. The fermented mycelia at various concentrations were shaken with chloroform in order to isolate the converted EPA on the 8th and the 15th day from the day of inoculation.

Thin layer chromatography was performed using benzene and chloroform (9.5:0.5) mixture as the mobile phase. The microbially converted EPA was confirmed by Gas Chromatography as stated above.

Alpha Linolenic Acid (ALA) was isolated from rice bran oil by column chromatography by using different solvents in increasing order of polarity.

Fractions 10-16 showed single spot on thin layer chromatography in benzene and methanol (95:5 ratio) mobile phase having Rf value 0.86 which matched with the Rf value of standard ALA (Figure 1). 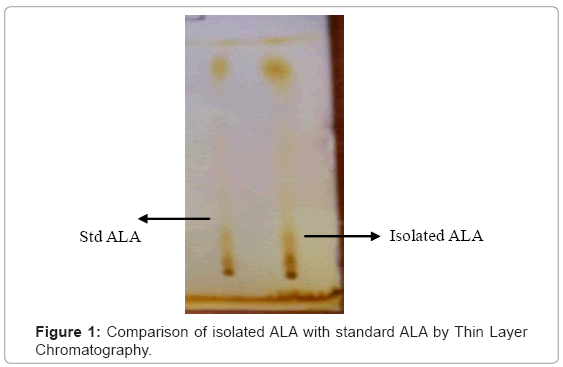 Figure 1: Comparison of isolated ALA with standard ALA by Thin Layer Chromatography.

Further isolated oil fraction was subjected to Gas chromatography in comparison with the standard ALA. It was found that the retention time of isolated ALA was 3.950 (Figure 2) which was matched with standard ALA. 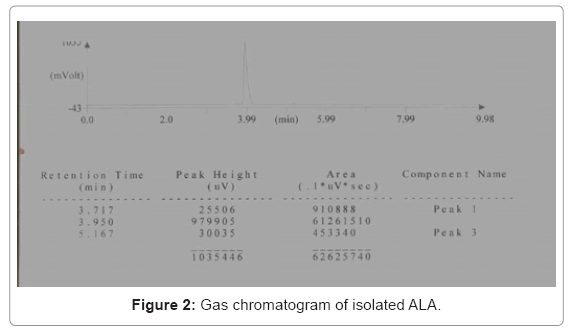 Figure 2: Gas chromatogram of isolated ALA.

The isolated ALA was successfully converted to EPA by microbial transformation. The fermented mycelia at various concentrations were shaken with chloroform in order to separate the converted EPA on the 8th and the 15th day from the day of inoculation. 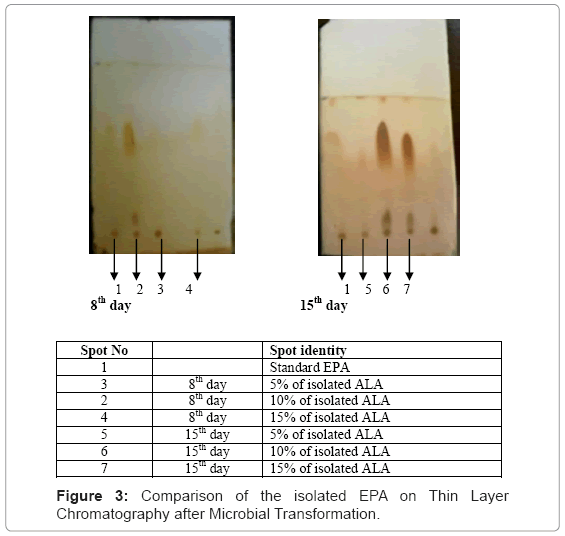 Figure 3: Comparison of the isolated EPA on Thin Layer Chromatography after Microbial Transformation.

The gas chromatography results showed the retention time of isolated EPA for the 10% ALA concentration on 8th day as 3.983 (Figure 4) which was matched with that of standard. 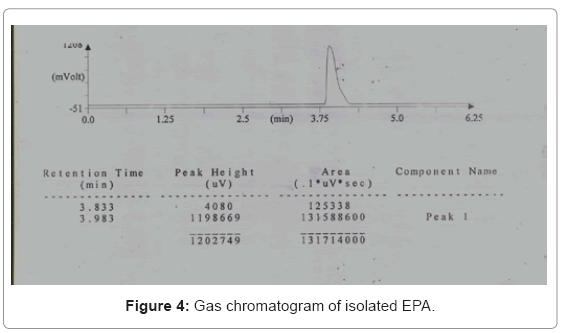 From the experimental studies, it is concluded that besides fish oil, plant oil can be used as the precursor of ALA and can be microbially converted into EPA using a suitable fungal strain.

The developed method of column chromatographic separation of ALA is simple, and accurate as compared to the commonly used conventional method of saponification and urea crystallization. Microbial transformation of plant oil and gas chromatographic identification of isolated EPA can also be adopted for the conversion of ALA to EPA and its analysis.

The method of isolation of alpha linolenic acid can be applied to any other plant oil containing ALA and can be used further for microbial conversion to LCPUFAs which are considered as a boon for food and pharmaceutical industry.

The authors acknowledge the help by Rajiv Gandhi Biotechnology Centre, LIT, Nagpur for providing the facilities of microbial conversion.