21th COP and Climate Changes: Will it go beyond Dominating Superficiality Since 2008 COP?s?

For the first time along the history of civilizations we are really facing global civilization challenges, particularly a gigantic socio-environmental crisis challenge. Many people are now searching for a new civilization project, based upon a new sustainability pattern. Within that last crisis, it is to be severely detached the nine great global environmental menaces and their presumed limits. And within this set of nine menaces, governments and people have detached the global warming. Some years ago, 2006-2007, it seemed that at least this last environmental problem would finally be part of international governmental agendas and of the real concerns of the planetary economic system. A series of consistent politic-economical “signals” along 2006-2007, some of them here presented, has helped to driven that presumed capitalist turn from an usual “externalization” to a new “internalization” of the environmental costs that the own system has – in a large amount, at least – provoked. However, the 2008 “financial crisis” has thrown away these hopes. The main objective of the present work is to display a new series of relevant politic-economical signals during 2014 and the first trimester of 2015 – analogously to the ones of 2006-2007 – suggesting that the 21th COP of Paris, December, may lead, this time, to a truly sustainable capitalist turn toward economical effective measures for facing present challenges of climate changes due to the global warming effects. The essential role of a growing people mobilization until the 21th COP is also emphasized. 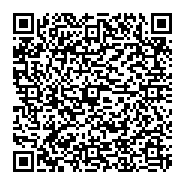