Copyright: © 2017 Chowdhury GR, et al. This is an open-access article distributed under the terms of the Creative Commons Attribution License, which permits unrestricted use, distribution, and reproduction in any medium, provided the original author and source are credited.

Climate change is a bitter truth of the present era . The issue is also taken up during US presidential election with priority. Seminars are arranged both at the National and International levels with great pomp and splendor. Heated debate occurs between the nations to fix the upper limit of atmospheric temperature.

Climate change is a bitter truth of the present era . The issue is also taken up during US presidential election with priority. Seminars are arranged both at the National and International levels with great pomp and splendor. Heated debate occurs between the nations to fix the upper limit of atmospheric temperature. The heat of these debates, the outcome of these hot conversations or the resolutions taken by the nation leaders/representatives cannot touch the poor villagers of Dayapur or Chotomollakahli, which are dominated by mangrove vegetation’s, tiger, crocodiles, deer and many other wild fauna [1-3].

These villages are not spotted in the world map, neither the livelihood of the villagers appear on the surface of knowledge due to their location in the remote part of the world, the place known as Indian Sundarbans in the lower Gangetic delta. Bidhan Mondol, a son of this mangrove soil was a poacher, but after witnessing the cruel clutches of AILA (a super cyclone that hit the region in May 2009) now thinks to shift to a new livelihood pattern. Like Bidhan, a large fraction of the people of these islands are thinking to accept new livelihood schemes like home tourism, apiculture, or fish feed preparation from mangrove flora.

It is in this context a study was undertaken by Techno India University, West Bengal at Jharkhali in the central part of Indian Sundarbans during 2015 to find the role of specially formulated feed prepared from Porteresia coarctata (commonly known as salt marsh grass) to boost up the growth of fresh water prawn, Macrobrachium rosenbergii. This mangrove associate species commonly covers the mudflats of Indian Sundarbans and has considerable protein content. Dried powder of this floral species was mixed with the prawn feed as a source of protein [4-6].

The programme was undertaken as a part of adaptation to climate change in this part of the world where the sea level rise is some 3.14 mm/year. The culture of prawn was undertaken for a period of 8 months and this mangrove-centric livelihood venture witnessed a profit after the completion of the pilot project (Table 1).

The Sundarban mangrove region is noted for rich biodiversity and has been declared as World Heritage Site, but the ground-zero observation is alarming. Poaching, erosion, tidal surges, massive wave actions, frequent cyclones, pollution, salinity alterations are the major hurdles in the matrix of conservation. Lack of organized Institution based approach has aggravated the magnitude of threat in this fragile ecosystem (Figures 1-5). The present programme has immense ecological and economic relevance in connection to these issues in the following ways: Figure 3: Prawn seed collection by island dwellers: A major threat to the ecosystem. Utilization of only the freshwater system (ponds, ditches, rain water harvested canals etc.) and therefore clearance of mangrove areas for the culture of Penaeus monodon (shrimp) may be totally avoided [7-9].

There is no conflict of interest in context to the present documentation.

The authors are thankful to Techno India University, West Bengal for providing the infrastructural facilities and financial support. Ms. Nilaparna Guha Roy, Ishan Ghosh of administration and beloved Kaku of TIU are gratefully acknowledged for providing all the supports required for this study. We are also thankful to Prof. (Dr.) Sujoy Biswas and Mr. Anit Adhikary for streamlining the research team of TIU to fulfill the GRC VISION 2025. 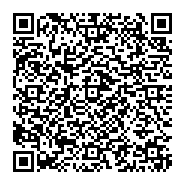