Adenovirus Serotypes (40,41) as a Cause of Gastroenteritis

Copyright: © 2012 Zaghloul MZ. This is an open-access article distributed under the terms of the Creative Commons Attribution License, which permits unrestricted use, distribution, and reproduction in any medium, provided the original author and source are credited.

Diarrhea is the third leading cause of death related to infectious diseases all over the world, the rate of death due to diarrheal diseases is estimated as two million a year [1]. All of the bacteria, parasites and viral pathogens are considered among the causes of infectious gastroenteritis [2]. The wide diversity of bacterial and viral infections that may cause diarrhea complicates accurate surveillance and diagnosis, especially in developing countries [3]. Although the improvements in sanitation have significantly decreased the gastroenteritis cases caused by bacteria and parasites, it has little effect on viral gastroenteritis [2]. The viruses causing gastroenteritis in humans include rotaviruses, caliciviruses (norovirus and sapovirus), astroviruses and enteric adenoviruses [2].

Adenoviruses (Ad) were first isolated from civilians and army recruits who had respiratory disease [4,5]. Adenoviruses have linear double- stranded DNA genomes that generally range from 26 to 45 kb and are encapsulated in an icosahedra protein shell [6]. Sequence analysis, has been demonstrated that the genomes of all human adenoviruses have similar genetic organization [7,8]. Adenoviruses belonging to the Mastadenovirus genus in the family Adenoviridae cause a variety of diseases and are prevalent throughout the world. Common clinical manifestations resulting from adenovirus infection include pneumonia, cystitis, conjunctivitis, diarrhea, hepatitis, myocarditis, intussusception and encephalitis [9]. Adenoviruses are increasingly recognized as agents of life-threatening infection in immunocompromised patients, particularly in human immunodeficiency virus positive individuals and allogeneic bone marrow transplant recipients often with very high mortality [10]. To date, 51 human adenovirus serotypes that are divided into six species (A to F) based on their ability to agglutinate various types of erythrocytes are distinguished [11]. Although, adenoviruses are more often associated with respiratory infections, some serotypes, denominated enteric adenoviruses (EAds) are related to diarrheal disease. The adenoviruses most commonly associated with diarrheal illnesses or gastroenteritis in young children includes those of species F (serotypes 40 and 41) and species A (serotypes 12, 18 and 31). However, Ad40 and Ad41 primarily affect the gut, contributing to 5%-20% of hospitalizations for childhood diarrhea [12]. Infections are most frequently seen in children less than two years of age but have been found in patients of all ages [13]. Adenoviruses have an incubation period of 8 - 10 days [13]. The main symptoms are diarrhea, vomiting [14] and fever in 40%- 90% of the cases [15]. The diarrhea resulting from enteric adenoviruses is longer in duration than that caused by the rotaviruses, usually lasting 7- 8 days. Viral transmission is believed to be by the fecal-oral route. Viral gastroenteritis is usually self-limiting, but accurate diagnosis can eliminate the need for more expensive and invasive diagnostic tests [15]

Many laboratories use electron microscopy (EM) to detect viruses associated with gastroenteritis but the economic limitations and the need for high particle concentration in the sample, as well as the introduction of molecular methods, strongly reduce the use of EM as a diagnostic tool [16]. Alternatively, ELISA tests using Ad specific antibodies have been shown to be a sensitive method for the determination of enteric adenoviruses [7]. Specific real-time reverse transcription -PCR assays (multiplex quantitative PCR) for human and animal enteric viruses, including norovirus ,porcine adenovirus and human adenovirus species C and F, which are excreted by infected humans, pigs, cattle, sheep was constructed by Wolf et al. [17]. Application of PCR assay to clinical specimens could detect all serotypes of human adenovirus with high sensitivity and allow serotype determination by sequencing of the amplicons [9]. Ad2 and Ad5 are the most common serotypes used for gene therapy. This is because Ad can be easily engineered to target a specific ailment such as cancer, can be made replication-deficient, does not integrate into the mammalian genome, can accommodate large transgenes and can be modified to have a reduced immunological responses in mammals [18] 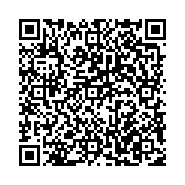