An Unusual Transmission of Legionella Pneumonia: One of Waterborne Diseases

Copyright: © 2013 Nishimura K. This is an open-access article distributed under the terms of the Creative Commons Attribution License, which permits unrestricted use, distribution, and reproduction in any medium, provided the original author and source are credited.

According to the definition in the Air and Water borne Diseases journal home page, waterborne diseases are infectious in nature that spread primarily through contaminated water. I have been a chest physician in the Department of Respiratory Medicine for the past three decades in Japan. While we often see patients with airborne diseases in clinical practice, it is rare to examine subjects with symptoms suggesting waterborne disease. Since the first recorded outbreak of Legionella pneumophila pneumonia in Philadelphia in 1976, many outbreaks have been reported. Geographic differences in the epidemiology of Legionella infection underscore the importance of knowing local patterns. In Western countries, outbreaks often are traced to cooling towers, air-conditioners, humidifiers and respiratory-therapy equipment. Legionella pneumonia can be acquired by inhalation of aerosols containing Legionella species or by micro aspiration of water contaminated with Legionella species. Most Japanese enjoy this traditional style of communal bathing, especially at one of the many rustic hot-springs bathing (“onsen”). Until recently, clinicians never expected to see patients with Legionella pneumonia transmitted in an onsen. In this brief review; I intend to introduce the relationship between Legionella pneumonia and onsen in Japan.

The Definition of Air and Waterborne Diseases

We were excited to hear that OMICS Publishing Group has released four issues of “Air and Water Borne Diseases” this year and that this new journal has already gained an international reputation.

What is an airborne disease? Chest physicians can easily offer a definition. However, what is the scientific definition of an airborne disease? This is a more difficult question. Wikipedia reads as follows: “Airborne diseases refer to any diseases which are caused by pathogens and transmitted through the air. These viruses and bacteria can be spread through coughing, sneezing, laughing or through close personal contact. Often, airborne pathogens or allergens cause inflammation in the nose, throat, sinuses and the lungs. Air pollution plays a significant role in airborne diseases which is linked to asthma. Pollutants are said to influence lung function by increasing airway inflammation. Along side pollutants, tobacco smoke increases the risk of attracting these diseases.” According to this description of air borne diseases, asthma and Chronic Obstructive Pulmonary Disease (COPD) are also classified as airborne diseases. In fact, some researchers tend to expand the definition to include topics of interest. Even so, since asthma and COPD are neither transmittable nor infectious, they are different from typical airborne diseases like pulmonary tuberculosis and influenza. Recently, the homepage of the “Air and Water Borne Diseases”clearly stated that “Airborne diseases are spread when droplets of pathogens are expelled into the air due to coughing, sneezing or talking. Waterborne diseases are infectious in nature that spread primarily through contaminated water.” I absolutely agree with this definition of an airborne disease. Only infectious diseases transmittable via air or water should be classified as air and water borne diseases, respectively. Therefore, to the best of our knowledge, this is the best definition of air and waterborne diseases. I have been a chest physician at the Department of Respiratory Medicine for the past three decades in Japan. While we often see patients with airborne diseases in clinical practice, it is rare to examine subjects with symptoms suggesting waterborne disease. In this brief review, I intend to introduce the relationship between Legionella pneumonia and hotsprings bathing (onsen) in Japan.

Travellers to Japan can see and experience many interesting things, including the hot-springs baths, called “onsen” in Japanese. For example, Hakone is a famous hot-springs resort. The volcanic nature of the terrain in Japan means that more than 2000 onsen can be found across the country. The experience of bathing in an onsen may seem unusual for foreign travellers because it is done with many people, in the nude. Most Japanese enjoy this traditional style of communal bathing, especially at one of the many rustic onsen. Since ancient times, onsen have been preferred destinations for people looking for relaxation or a cure for various illnesses, and it is common to stay for extended periods. A favourite pastime is to take one’s elderly parents to an onsen as a way of expressing appreciation for them. Despite the beauty and healing properties of the onsen experience, many people are surprised to learn that bathing in onsen can be a source of waterborne disease, including waterborne pneumonia. Legionella pneumonia can be acquired by inhalation of aerosols containing Legionella species or by micro aspiration of water contaminated with Legionella species. Until recently, clinicians never expected to see patients with Legionella pneumonia transmitted in an onsen.

Since the first recorded outbreak of Legionella pneumophila pneumonia in Philadelphia in 1976, many outbreaks have been reported [1,2]. Geographic differences in the epidemiology of Legionella infection underscore the importance of knowing local patterns. In Western countries, outbreaks often are traced to cooling towers, airconditioners, humidifiers and respiratory-therapy equipment [1,2]. However, Legionella species remains under diagnosed as a pathogen in patients with community-acquired and nosocomial pneumonia [3,4]. Sporadic (or sometimes endemic) reported cases of pneumonia from the Legionella species are accumulating, however and it appears that some episodes in Japan may be related to public baths or a 24-hour circulation bathtub in which the water is continuously recirculated, heated and filtered through a side chamber (since Japanese wash themselves outside the bathtub and return inside the bathtub after washing). In some cases, the Legionella species has been cultured from hot water obtained from onsen. In 2001, the Ministry of Health, Labour and Welfare in Japan issued an official announcement to prevent infection from the Legionella species, requiring that cultures from public baths must not exceed 10 colony-forming units of Legionella species per 100 ml. The Legionella species has been found to be one of the microorganisms causing community-acquired pneumonia. Although Legionella pneumophila serogroup 1 remains the most common serotype identified, other serogroups and other Legionella species are increasingly being recognized [5]. At least in Japan, the number of patients’ diagnosed definitively has increased since the introduction of an easy-to-use diagnostic test (for example, BinaxNOW® Legionella Urinary Antigen Test) that detects serogroup1 antigen in the urine. The availability of such tests has contributed to the early and correct diagnosis of pneumonia due to Legionella pneumophila. Although the introduction of an urine antigen test might be considered a turning point in the diagnostic evaluation of Legionella pneumonia, considerable debate continues about the optimal diagnostic and empirical treatment approach for Legionella pneumonia [4]. Many physicians remain unaware of how to diagnose this relatively rare pneumonia. I would like to introduce an unusual case of Legionella pneumophila pneumonia from my presentation files.

An 81-year-old man was admitted to the hospital because of intermittent fever of three days’ duration. The patient had reportedly been in his usual health, without any chronic illness. Three days before admission, he was examined by his general practitioner, who prescribed cefditoren pivoxil. Early on the day of admission, slurred speech and weakness in legs developed. On examination, his temperature was 39.6°C and, although the patient appeared uncomfortable, the other vital signs and the remainder of the examination were normal. Antero posterior view of the chest radiograph obtained in the emergency room revealed minimal atelectasis or scarring at the leftlung base, without evidence of focal pneumonia (Figure 1). The white-cell count was 6,800 per cubic millimetre, and C-reactive protein was 29.0 mg per decilitre. Red-cell indexes were normal, as were serum levels of electrolytes, albumin, total protein and tests of renal and hepatic function; other results are shown in Table 1. Computed Tomography (CT) of the thorax showed widespread air-space consolidation in the left lower lung (Figure 2) [6,7]. A tentative diagnosis of community-acquired pneumonia was made, with additional laboratory tests performed to seek out the causative pathogen, including blood culture, sputum examination, as well as pneumococcal and Legionella urinary antigen test. Although additional history was obtained, the patient did not mention a recent visit to an onsen or a 24-hour circulation bathtub at home. An hour later, he was diagnosed with Legionella pneumophila pneumonia with a positive Legionella urinary antigen test. Ciprofloxacin was administered intravenously at a dose of 300 mg every 12 hours for 9 days, followed by 800 mg of oral clarithromycin daily for 8 days. His recovery was uneventful. 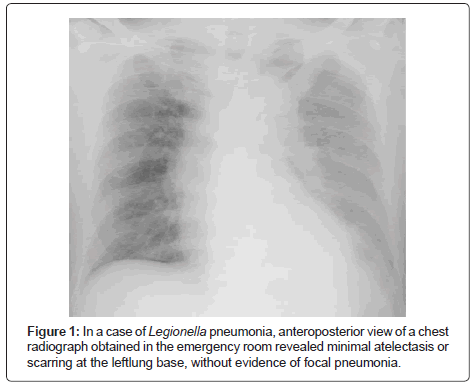 Figure 1: PostIn a case of Legionella pneumonia, anteroposterior view of a chest radiograph obtained in the emergency room revealed minimal atelectasis or scarring at the leftlung base, without evidence of focal pneumonia. Patients with Legionella pneumonia are predominant in older men. Von Baum et al. [8] reported that in-hospital mortality within 30 days was 10.6% [8] Gacouin et al. [9] reported that the mortality rate for cases of Legionella pneumonia admitted to the Intensive Care Unit (ICU) was 33% and that the prognosis was better when fluoroquinolones were used within 8 hours of ICU admission. They emphasized that early anti-microbial therapy including fluoroquinolones should be initiated whenever Legionella pneumonias suspected in patients with severe pneumonia. The route of infection was not identified in this case. Waterer et al. [4] described that many physicians are unaware of the limitations of the available tests for diagnosing infections with Legionella organisms. Twenty-five to 75% of patients with Legionella pneumonia do not expectorate sputum. The yield of Legionella species from blood cultures is very poor; a 0% yield is not uncommon. As for serologic diagnosis, since the time required for sero conversion is variable and can take several weeks, many cases of infection may be missed. For samples obtained from the lower respiratory tract, direct fluorescent antibody screening is the most technically demanding diagnostic test for the Legionella species and it cannot be used everywhere. On the other hand, urine Legionella antigen detection can be used for diagnosis in about 80% of patients with Legionella pneumophila serogroup 1 infection, although the sensitivity of the urine antigen test is too low for physician’s to exclude Legionella as the cause of pneumonia. Many excellent reviews have already been published [1-3,8-10], therefore this review focuses on this case study. In general, Legionnaires’ disease often presents as severe community-acquired pneumonia requiring hospitalization and intensive care [9-11]. Previous reviews are recommended for correct diagnosis and comprehensive management of individual patients. 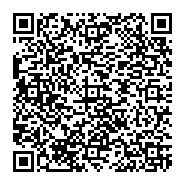