Are Women with Alcohol and Other Drug Use at Increased Risk of Placenta Praevia (PP)?

Copyright: © 2016 O’Connor A, et al. This is an open-access article distributed under the terms of the Creative Commons Attribution License, which permits unrestricted use, distribution, and reproduction in any medium, provided the original author and source are credited.

Methods: A retrospective audit was undertaken of 751 maternal records compromising of the women attending Women and Newborn Drug and Alcohol Service (WANDAS) from 2010 to 2014. All women were scanned at approximately 20 weeks and again between 32 to 34 weeks gestation. The incidence of, low lying placenta, placenta praevia and maternal drug use was analysed. The maternal outcomes including mode of delivery, foetal outcome and maternal complications were compared with the general obstetric population at KEMH. In order to determine if maternal AOD use increased the risk of placentation issues.

Conclusion: Maternal AOD use increases the risk of placenta praevia and other maternal and neonatal co-morbidities.

Placenta Praevia (PP) is a major cause of obstetric haemorrhage and occurs in approximately 1 in 200-390 pregnancies [1]. The cause is unknown however risk factors have been associated with advanced maternal age, parity, multiple pregnancies, previous endometrial damage, AOD use, cigarette smoking, history of caesarean birth and terminations of pregnancy [1,2]. Placenta Praevia is defined as when the placenta partially or completely covers the internal cervical os. Low Lying Placenta (LLP) is a placenta near the internal os the lowest margin is less than 5 cm from the internal os [2,3]. A low lying placenta can usually be diagnosed by a routine 20 week anatomy ultrasound scan [4]. In approximately one third of women the placenta will move during the continuing pregnancy and vaginal delivery may be achieved PP is classified as an obstetric emergency and is associated with increased perinatal, and maternal morbidity and mortality [1,4,5]. The availability and advancement of ultrasound imaging have enabled clinicians in the exact diagnosis of PP and help to define relationships between placental margins and the internal cervical os and therefore improve outcomes [5].

AOD use in pregnancy is a major risk factor for maternal morbidity and neonatal complications [6]. It has been associated with teratogenicity, poor maternal nutrition, IUGR, poor placental perfusion, low birth weight infants and disorders of placentation [6,7].

It is difficult to evaluate the effects of maternal AOD use, as much of it is under reported and many women will have a history of poly substance use or concurrent tobacco use. AOD use in pregnancy is considered high risk and referral to specialist AOD services is considered best practice. Few studies in the literature have compared the incidence of PP and maternal AOD use combined with the care from a specialist multidisciplinary drug and alcohol service. This study evaluated the incidence of PP with maternal AOD use to investigate whether maternal outcomes can be improved among pregnant women attending a specialist Obstetric Drug and Alcohol Service.

The study was registered and approved with the King Edward Memorial Hospital (KEMH) ethics committee and Governance Evaluation Knowledge Outcome (GEKO) in accordance with the participating hospitals Quality Department Policy. Ethics number is 7523.

The study was a single site study conducted in Women and Newborn Health Service King Edward Memorial Hospital in Perth Western Australia. The medical records of all women attending the WANDAS between January 2010 and December 2014 were included. The results from WANDAS were compared with the incidence of PP within the hospital population for the same period of time. Details of ultrasound reports at 20 weeks and again at 32 to 34 weeks were reviewed to identify PP. A detailed Drug and Alcohol assessment including tobacco use was conducted and recorded on each patient. All women self-reported their drug use which included Opioid Replacement Therapy (ORT) Methadone or Buprenorphine, illicit opiates, benzodiazepine amphetamine type stimulants (ATS), cannabis, alcohol and or prescription medications.

Diagnosis of PP was established by trans-abdominal ultrasound and at times a trans-vaginal ultrasound when needed was required to confirm diagnosis at KEMH by trained clinicians. The ultrasounds were performed at approximately 20 weeks gestation and again at 32 to 34 weeks to assess or confirm PP. Ultrasound images and reports were analysed for every woman to assess placental location.

Data for drug and alcohol assessment was recorded on a specialised Drug and Alcohol Assessment tool, and entered onto an excel spread sheet. Information on expected Date of Delivery, AOD history and gestation at delivery were recorded as well as history of injecting drug use.

The WANDAS population consisted of approximately eight hundred deliveries for the four year period and a total of 29,282 deliveries at King Edward Hospital. Seven hundred and fifty one medical files were reviewed for period January 2012 to December 2014; all ultrasound reports at 20 week gestation and again at 32 to 34 weeks were reviewed. The ultrasounds were reported on by a senior clinician. Of the 751 records 97 (12.9%) pregnancies had diagnosis of Low Lying Placenta at the 20 week ultrasound. Of those 34 (4%) women went on to have a diagnosis of PP at 34 weeks. There were 56 women with unknown results who had not attended for a follow up ultrasound. 728 (97%) of the women had singleton pregnancies and 23 (3%) had twin pregnancy (Figure 1).

Women diagnosed with PP were monitored closely and returned to antenatal clinic every 2 weeks for surveillance. Among the 34 women with PP, six had a diagnosis of major placenta praevia and required foetal monitoring for the last trimester of their pregnancy and hospitalisation following haemorrhage In the event of a bleed the women were admitted to hospital for foetal monitoring, bed rest and ultrasound surveillance. The reported drug use during the study period included the following; 28% of women reported poly substance use, 22% of women were on opioid replacement therapy (ORT, 16% reported cannabis use, 16% used amphetamine type stimulants (ATS) 5% of the women reported alcohol use, naltrexone implants were used in 1% of the population and 2% of the study population reported nil drug use during the pregnancy. There were 195 (26%) primps, 548 (73%) were multiparous and 172 (23%) were grand multiparous n 2012 there was an increase in PP in the WANDAS population with 11.3% of the women being diagnosed with a PP at 20 weeks and 5% had a PP at 34 week scan, p=0.013). 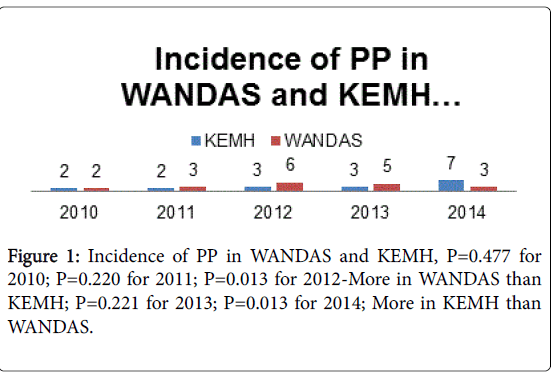 255 (34 %) women had Child Protection and Family Support involvement and 75 (10%) newborns were placed in out of home foster care. Incomplete ultrasound reports and obstetric history occurred in women who did not attend ante natal care or had limited ante natal care through the service. The mean gestational age a was 38 weeks; The women with PP were delivered by Caesarean Section at 37 weeks or following a significant haemorrhage, The infants were twice as likely to be admitted to Special Care Nursery (SCN). The average birth weight was 3000 g. The mean Apgar scores range was between 5 at 1 min and at 10 min All women were offered contraception in the post natal period and were followed up for three months postnatally.

PP is a significant contributor to maternal morbidity, PP occurs in 0.300. 5% of all pregnancies [7,8]. PP is an obstetric emergency when there is bleeding and it is often associated with increased perinatal and maternal mortality and morbidity [5,9-11].

AOD use in pregnancy is linked to increased risk of preterm birth, foetal growth restriction and placental abruption compared with women from similar backgrounds who do use drugs the literature informs us that AOD use is increasing in pregnancy. This poses significant challenges, as it is difficult to quantify the effect of AOD use on the patient and pregnancy outcome [6,12,13].

The majority n=661 (88%) of women attending WANDAS smoked. These smoking rates are elevated when compared to WA data which show 12% of pregnant women smoke in pregnancy [12,14]. Smoking in pregnancy has serious long-term health implications for women and their babies [15]; it increases the woman’s risk of spontaneous abortions, placental abruption, cardiovascular and pulmonary disease. Adverse foetal outcomes associated with smoking in pregnancy include; preterm delivery, sudden infant death syndrome and low birth weight [1,8,14,16,17]. We found women who were at risk of PP were more likely to use alcohol, cannabis or amphetamines and were more likely to have a history of poly-substance use. Others in the literature have also found women with PP are at increased risk of poly-substance use [11,18,19] (Table 1). Just over a third (34%) of this cohort used amphetamine type stimulants (ATS) in pregnancy. The literature demonstrated maternal ATS use with a higher incidence of placental abruption 5.2% and intrauterine foetal death at 1.4% [3,17,18].

There is a paucity of research into the incidence of AOD use and PP in pregnancy with most studies citing AOD use as a risk factor for poor maternal and neonatal outcomes. The women attending WANDAS are assessed for their AOD use using a self-reporting tool and many of the women attending the service are poly substance users. The drug of choice for the years 2012 and 2013 was predominately cannabis. Cannabis crosses the placenta like all other drugs and the literature is unclear as to the risks of cannabis use in pregnancy with some reporting a shorter gestation and smaller birth weight [6]. ATS and nicotine are both powerful vasoconstrictors and their use in pregnancy has been shown to cause vasospasm increasing the risk of placental malfunction which have the potential to contribute to placental malfunction [16,18,19]. It is clear all these substances have the propensity to adversely impact both the mother and her unborn child and can often make pregnancy and risk of poor outcomes which may be difficult to manage. Maternal AOD use cannot be taken in isolation and there are many factors which may lead to PP in pregnancy.

The data should be interpreted with caution as the numbers are small and may not be representative of AOD use as a whole. A high gravity and parity in the WANDAS population combined with AOD use led to increased risk of placenta praevia and this is supported in the literature [5,14,19-21]. Controlling for all confounding factors such as number of ante natal visits, amount of AOD use as this is self-reported, multiple gestation, history of imprisonment, family violence and abruption cannot be done with this sample as it is not large enough to allow clear inferences. Placenta abruption has been associated with cocaine and amphetamine use [6,8,20], AOD use and smoking can be associated with foetal growth restriction and poor maternal diet, however women with AOD histories are socially disadvantaged when compared to a group who have no history of AOD use. Opioid replacement programmes have been suggested to improve overall outcomes but within the WANDAS population it is suggested that engagement in Ante natal care for women with AOD use will improve overall outcomes. Further study is required with a larger numbers to demonstrate that AOD use in pregnancy will increase risk of PP.

The incidence between AOD use and PP within a high risk population is associated with a range of confounding factors which can impact on a diagnosis of PP. Prognosis for mother and fetus have significantly improved with accurate imaging technology that identifies the condition in advance and allows for proper high-risk management of the pregnancy. Women with alcohol and other drug use are at risk of complication of PP however this study only showed an increase in 2012. At the same time we also observed an increased incidence in the use of Amphetamine Type Stimulants which may explain the increase. A comprehensive drug and alcohol assessment is required to assess drug use during pregnancy. The mother and infant have an excellent prognosis unless haemorrhage occurs and is not well managed. We conclude that pregnancies diagnosed with AOD use and placenta praevia and delivered at term do not appear to elevate the risk for long term complications. More research is required to establish whether AOD use increases the risk of PP in pregnancy. 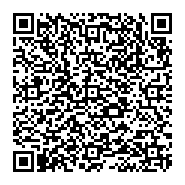