Introduction: Placenta Praevia Is a condition characterized by partial or complete implantation of placenta in the lower uterine segment. It is one of the main cause of vaginal bleeding in the third trimester and a significant cause of maternal and perinatal morbidity and mortality.

Method: This was a cross sectional study conducted during the period of June to December 2011 at Obstetrics and Gynecology Department Abbasi Shaheed Hospital. 100 patients of previous cesarean section whether booked or unbooked were included in this study. After detailed history, thorough clinical examination and ultrasonic evaluation, patients were registered according to the Performa. Diagnoses were confirmed during cesarean section.

Result: 19% of cases were diagnosed as placenta pravia out of which 6 cases (32%) were booked and 13 cases(86%) were unbooked. Most of the women aged between 26 to 35 years (84%) and had two previous cesarean section 53%. Means age was 30.16 + 3.33 years. Majority of cases 74% presented as painless vaginal bleeding 11% were in shoked. 95% of cases found to have parity 1-5. 11 cases 58% had postpartum hemorrhage. Most of the patients were required blood transfusion 52%. Two cases had cesarean hysterectomy and maternal mortality is recorded in one case. 84% babies born alive out of which 79% were preterm and 21% were termed. Mean apgar scores at one and 5 minutes were 5.2 and 6.8 respectively. Majority of the babies were low birth weight, with mean of 2.2 kg.

Conclusion: This study supports the association of placenta praevia with previous cesarean section. Pregnant women with a history of cesarean delivery must be regarded as high risk for placenta praevia and must be monitored carefully.

Placenta praevia is a rare form of impaired placentation where placenta lies low in uterine cavity, covering completely or partially the internal cervical ostium [1]. The frequency of placenta praevia at the time of delivery average 1/200 births i.e. 0.5%. Low implantation is observed in 28% of pregnancies before 24 weeks, 18% after 24 weeks but at term it is only 3% [2]. The prevalence of placenta praevia is significantly over estimated due to practice of routine mid-pregnancy scan, and many women currently undergo a repeat scan in late pregnancy for placental localization [3]. The prevalence of placenta praevia (2.58%) was seen in 3rd and higher gravida group [4]. It also showed an increase with age; the highest number of the patient (38.8%) was between 31-36 years and the lowest between 26-29 years (16.7%) [5]. Endometrial trauma due to abortion followed by Dissection & Evacuation (D&E), diagnostic D & E, uterine scar from myomectomy, uterine adhesion, endometritis are predisposing factor to placenta praevia [6]. Increased in the number of caesarean section increased the frequency of placenta praevia [2]. The rate of placenta praevia among woman with first cesarean deliveries was higher (6.9/1000) than woman with first vaginal deliveries (4.7/1000) [7]. Research suggests that there is an increased vascularization in woman who began pregnancy with significant anemia, increasing the likely-hood of abnormal implantation. For those women who have had a placenta praevia in previous pregnancy, the recurrence risk is increased by a factor of 8-10 folds [8]. The aim of present study is to determine the frequency and feto-maternal outcome of major type placenta praevia after previous cesarean section.

This is a cross sectional study conducted in a tertiary care hospital during the period of June to December 2011. 100 patients of previous cesarean section whether booked or un booked were included in this study. After detailed history, thorough clinical examination and ultrasonic evaluation, patients were registered according to the performa. Diagnosis was confirmed during cesarean section. The data were analyzed by Statistical Program for Social Sciences (SPSS) version 16.0. By SPSS we measured the percentages, frequencies, and significant levels of different outcomes of the study.

In this study 100 patients of previous cesarean section were selected, 19 patients (19%) out of 100 were diagnosed as a case of placenta praevia, whether booked or unbooked . Chi square test was applied to compare placenta praevia cases with normal cases in previous caesarean section patients (p<0.01=0.012) which is highly significant. Out of 19 cases, 6 cases (32%) were booked and 13 cases (68%) were unbooked (Table 1).

Table 1: Admission status of the Patients

The presentation of these cases was with painless vaginal bleeding (74%) two cases presented as hypovolumic shock and three case (15.8%) were found to be asymptomatic (Table 3). later after delivery, beside presentation maternal complications also found in these cases. 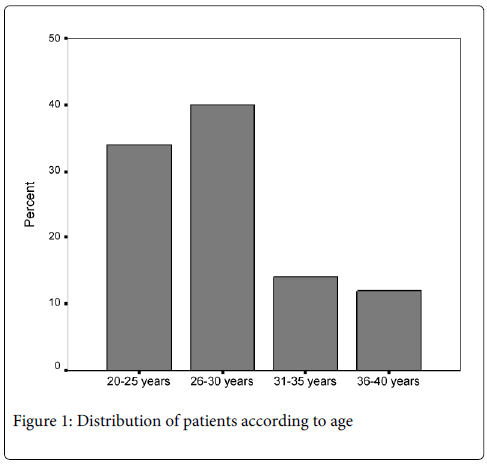 Figure 1: Distribution of patients according to age

Table3: Frequency of Mode of Presentation of Patients

The correlation analysis was done through SPSS. It was observed that patients with previous cesarean section have high correlation with gestational age at p .05 (Table 4).

Regarding maternal complications 11 cases (58%) had postpartum hemorrhage. Half of the patients (52% ) were required blood transfusion. Two cases had cesarean hysterectomy (CHYST); maternal mortality was recorded in one patient 5.3% while rest was normal without any complications (Table 5). The maternal mortality in this case due to delay in reaching the hospital with frequent blood loss.

Placenta praevia is a major cause of morbidity and mortality in both the developed and developing countries like Pakistan. The present study showed a strong association of placenta praevia with cesarean section. The frequency of placenta praevia with previous cesarean section came out 19% which is very high, the reason can be that the hospital where the cases were taken is a tertiary care hospital which is a referral hospital and most of normal deliveries take place outside it. This is an effect of an increase rate of cesarean delivery seen since last 2 decades. Patients in developing countries mostly do not booked themselves to any of the hospital so, when they came to the emergency department they already develop complications and these cases mostly end up with cesarean sections this could be the reason why the frequency of placeta preavia is differ from results of other studies.

Our results are similar to the study conducted in a teaching hospital of khairpur, placenta previa was 161 (5.7%), mean maternal age was 31 years. The ratio between unbooked and booked cases was 3:1. Maternal and perinatal morbidity was very high with increased rate of caesarean section 110 (83.9%) with complications [10]. Regarding perinatal outcome preterm delivery was seen in 73 (55.7%), low APGAR score <7 at birth 41 (31%), low birth weight 60 (45.8%) and perinatal mortality rate was 35 (26.7%) [10]. Another study carried out in Jordan University of science and technology shows that placenta praevia is higher among gravida >4, para >3 and previous caesarean section and no increased in incidence of placenta praevia with increasing maternal age and previous abortion [11]. The history of previous abortion had high odds of association with placenta praevia [12]. There was increased number of placenta praevia in scarred uterus as compared to unscarred uterus [13]. The overall recurrence rate of placenta praevia is about (6%) which is proved by this study.

The clinical outcome was observed to be better in booked cases as compared to unbooked cases, due to regular checkups and medication in former ones. The unbooked patients normally comes in hospital emergency with antepartum heamorrage and there was more chance to have postpartum hemorrhage also which will leads to maternal mortality.

Copyright: © 2014 Hasan S, et al. This is an open-access article distributed under the terms of the Creative Commons Attribution License, which permits unrestricted use, distribution, and reproduction in any medium, provided the original author and source are credited.