Association of Prediabetes and Diabetes Mellitus with Cardiovascular Disease Risk Factors among Japanese Urban Workers and their Families: A Cross-Sectional Study

Methods:
Subjects were 9881 men and 12033 women of company employees and their families between 17 and 87 years of age who participated in cardiovascular disease screening in major cities, Japan. Persons having diabetes were defined as those taking medication of diabetes and/or having medical history of diabetes and/or whose fasting plasma glucose was equal to or higher than 126 mg/dl and/or whose hemoglobinA1c was equal to or higher than 6.5%. Persons with prediabetes were defined as those whose fasting plasma glucose was from 100 mg/dl to 125 mg/dl and/or whose hemoglobin A1c was from 5.7% to 6.4% excluding persons defined as having diabetes. In addition to descriptive analysis, logistic regression method was applied to examine the association of prediabetes and diabetes with CVD risk factors.

Diabetes mellitus (hereafter called diabetes) is a chronic illness which requires continuous medical care, and its prevalence continues to rise among developed countries. Shaw et al. estimated that the prevalence of diabetes among adults (aged 20-79 years) was 6.4% of the world population affecting 285 million adults in 2010, and will increase to 7.7%, 439 million adults by 2030 [1]. This diabetes epidemic places financial burden on most industrial nations. The direct medical cost of diabetes in the United States was estimated to be $116 billion in 2007 [2]. Thus, it is crucial to prevent onset of diabetes before it requires substantial medical resources because of its complications.

Recently, a group of individuals whose glucose levels, although not meeting the criteria of diabetes, are too high to be considered as normal are defined as having prediabetes [3]. Zhang et al. found that prediabetes is a strong predictor to progress to diabetes in the future [4]. Using the Stern and Framingham risk estimates, Ackermann et al. estimated that the probabilities for incident of type 2 diabetes (over 7.5 years) and cardiovascular disease (CVD, over 10 years) were 33.5% and 10.7% respectively among adults meeting the 2003 American Diabetes Association (ADA) definition for prediabetes [5]. Perreault et al. pointed out that reversion to normal glucose regulation from prediabetes is significantly associated with a reduced risk of future diabetes [6]. Also, Pour et al. confirmed that lifestyle intervention (e.g., diet and exercise) for prediabetes can significantly reduce the incidence of type 2 diabetes [7].

To provide answers to the above questions we analyzed a large data set based on CVD screening conducted for urban workers and their families in Japan.

Subjects for the study were recruited from January 2006 to May 2009 through the screening program at Japan Health Promotion Foundation which has been conducting cardiovascular disease and cancer screening throughout major cities in Japan. Subjects were employees and their family members in companies of major cities in Japan: 9,881 men and 12,033 women between 17 and 87 years of age (Table 1). The study was approved by the Institutional Review Board and all subjects gave their consent to participate in the study.

Definition of prediabetes and diabetes

In 2003, ADA has proposed the criterion for prediabetes as those having Impaired Fasting Glucose (IFG), between 100 mg/dl and 125 mg/dl in Fasting Plasma Glucose (FPG). Also, ADA classified persons whose Glycol-hemoglobin a1c (Hba1c) is between 5.7 to 6.4% as having high risk for future diabetes [3]. Japan Diabetes Society defines people whose FPG is between 100 mg/dl and 110 mg/dl as high-normal FPG, and states that this group has higher prevalence of impaired glucose tolerance than those whose FPG is normal [8]. In our present study persons having diabetes were defined as those taking medication for diabetes and/or having history of diabetes and /or those whose fasting plasma glucose was equal to or higher than 126 mg/dl and/or whose HbA1c was equal to or higher than 6.5% in value of the National Glycol-hemoglobin Standardization Program (NGSP). Persons with prediabetes were defined as those whose fasting plasma glucose was from 100 mg/dl to 125 mg/dl and/or whose HbA1c was from 5.7% to 6.4% in NGSP value except those defined as having diabetes.

Blood was drawn from subjects after a 12 hour fast. The following measurements were made: total cholesterol and triglycerides (TG) by enzymatic assay; high density lipoprotein cholesterol (HDL-C) by modified enzymatic method; glucose by hexokinase glucose-6-phosphate dehydrogenate assay; and HbA1c by latex agglutination.

During the screening, a short self-administered questionnaire was filled out by each subject. It contains questions on medical history and lifestyle factors such as smoking habit and alcohol consumption.

In addition to the use of descriptive statistics, logistic regression method was used to examine the association of prediabetes and diabetes with cardiovascular disease risk factors. Statistical Packages for Social Sciences version 17 was used for data analysis.

Table 1: Study participants according to status of normal, prediabetes and diabetes mellitus by age and gender

Characteristics of study participants are shown in Table 2. It was observed that the averages for both systolic and diastolic blood pressure linearly increased with advancing age in both genders with an exception of men’s diastolic blood pressure after 60 years of age of which average slightly decreased. Almost all averages of clinical indicators increased until 60 years of age except HDL-C of which averages were constantly at the same level in both genders. Striking differences in averages of clinical indicators between genders were observed and were unfavorable for men in terms of cardiovascular disease risk. BMI averages ranged from 22.3 to 24.2 among men and from 20.4 to 22.9 among women. Greater prevalence of drinkers and smokers was observed among men than among women. Also, greater prevalence of drinkers and smokers was observed among younger women than among older women.

De Fronzo et al. find that among individuals with prediabetes and type 2 diabetes, the incidence of small, dense LDL particles (phenotype B) markedly increases and represents a major risk factor for accelerated atherogenesis [13]. Our results support their implication, since lower HDL-C (<40 mg/dl) among men and higher triglycerides (=200 mg/dl) in both genders were significantly associated with prediabetes and diabetes.

We found a linear association between BMI and prediabetes and diabetes in both genders, implying that prevalence of prediabetes and diabetes increases as BMI becomes higher in our study population. In comparison with 20-22.9 of BMI, ORs of prediabetes for BMI<18.5 (that is considered to be very slim) were 0.58 among men and 0.83 among women, implying that prevalence of prediabetes is much further decreased as BMI becomes smaller. Then, do we recommend that people maintain their BMI less than 18.5? Our answer is “no” because extremely slim persons are susceptible to certain diseases. Chen et al. examined the association between BMI and cardiovascular disease mortality in the data from the Asia Cohort Consortium and their results show a U shaped association between BMI and overall CVD mortality in East Asians including Japanese: elevated risk of death was observed for overall CVD at BMI value 25 and above and at BMI value 17.4 and below, compared with reference range of 22.5-24.9 [14].

Cullmann et al. show that high alcohol consumption and binge drinking increases the risk of prediabetes and type 2 diabetes in men, while low alcohol consumption lowers the risk of type 2 diabetes in women in Swedish population [15]. Our women’s results are consistent with Cullmann’s findings: estimated risk of both prediabetes and diabetes were significantly lowered in less frequent drinkers as well as frequent drinkers, compared with non-drinkers, while estimated risk of diabetes became significantly low in frequent male drinkers. Our results are consistent with the trend in lowering risk for the development of diabetes with an increase in frequency of alcohol intake among Japanese men followed up for about 10 years by Heianza et al. [16]. Our findings and theirs imply that alcohol possibly works protectively toward both prediabetes and diabetes, as in the same way that alcohol lowers the risk of coronary heart disease [17].

We found that the estimated risk of prediabetes and diabetes was significantly elevated in both male current smokers and ex-smokers, while the estimated risk of diabetes was raised in female ex-smokers, compared with non-smokers. Our results are consistent with Shi et al.’s findings showing that smoking was positively associated with type 2 diabetes mellitus among middle-age and elderly Chinese men [18].

Overall, both prediabetes and diabetes were associated with all of the CVD risk factors included in our analysis except HDL-C among women and implying persons with both conditions are more advanced in atherosclerosis or arteriosclerosis. Namekata et al. show significant odds ratios of the abnormally high aortic pulse wave velocity (PWV, an indicator of arteriosclerosis reflecting stiffness of artery and atherosclerosis) in an association with diabetes mellitus among Japanese Americans and among native Japanese (3.66 and 2.43, respectively) [19]. Recently, Namekata et al. have developed criteria of cardio-ankle vascular index (CAVI), a new indicator of arteriosclerosis reflecting both stiffness of artery and atherosclerosis in the arteries from heart to ankle which is converted from PWV, and observe that ORs of having abnormally high CAVI scores after making adjustment for ages among persons with diabetes mellitus are 10.02 for men and 8.42 for women, compared with those without diabetes [20,21]. Their results estimate much faster advancement of arteriosclerosis among persons with diabetes than in the group without diabetes.

A limitation of this study is that it is an observational and cross-sectional study. The strength of this study is having the large sample size and including several clinical and behavioral factors as covariates with enough statistical power.

In conclusion, (1) prevalence of prediabetes and diabetes increased as age became higher; (2) prediabetes and diabetes were significantly associated with the established CVD risk factors; and (3) the estimated risk of diabetes in association with CVD risk factors was higher than that of prediabetes. As the American Diabetes Association’s guideline recommends [3], it is important to introduce an early intervention of lifestyle and diet modification to persons with prediabetes to prevent them from onset of diabetes.

Copyright: © 2014 Namekata T, et al. This is an open-access article distributed under the terms of the Creative Commons Attribution License, which permits unrestricted use, distribution, and reproduction in any medium, provided the original author and source are credited. 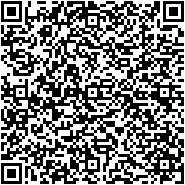