Carbamazepine is a mood stabilizer which is approved for use in bipolar disorder with manic and mixed episodes. It is also approved for use for the treatment of trigeminal neuralgia, temporal lobe epilepsy (complex partial seizures) and generalized tonic-clonic seizure. It is metabolized in the liver, primarily by CYP450 3A4 and is an inducer of CYP450 3A4 enzyme. The specific mechanism of action of carbamazepine in stabilizing mood is unknown. It exerts effects by decreasing dopamine turn over, enhancement of brain γ-aminobutyric acid (GABA) levels via multiple actions of synthesis and degradation, and modulation of other neurotransmitters, voltage sensitive Na+ channels, extra hypothalamic neuropeptides, secondary messenger systems, and neuro protection. The most common side effects are nausea, vomiting, constipation, diarrhea, loss of appetite, sedation, dizziness and ataxia. Serious side effects may include skin rashes, decreased bone marrow function and confusion. It should not be used in those with a history of bone marrow problems. Routine blood level monitoring is necessary. There is an increased risk of fetal abnormalities if carbamaepine taken in pregnancy. Carbamaepine concentrations are known to be increased with concurrent use of antidepressants (such as fluexetine, fluovoxamine, nefazodone), omeperazole, efavirnaz, ratinovir, valproate, cemitidine and erythrpmycin. Its level decrease when administrated with Rifampin and Cisplatin.

Carbamazepine was first synthesized as a potential antidepressant. It is an effective mood stabilizer, is approved for the treatment of mania and the maintenance treatment of bipolar disorder. It is now recognized in most guidelines as a second-line mood stabilizer useful in the treatment and prevention of both phases of bipolar affective disorder. Carbamazepine (CBZ) is a medication used primarily in the treatment of epilepsy and neuropathic pain [1]. For seizures it is effective as phenytoin and valproate. It is not effective for absence seizures or myoclonic seizures where valproate is effective and the drug of choice. It may be used in augmentation for inadequately responding schizophrenia along with other medications and as a second line agent in bipolar disorder [2-4].

Carbamazepine (Tegretol) has structural similarity with tricyclic antidepressant imipramine (Tofranil). It is FDA approved medication for the treatment of acute mania in 2002. Carbamazepine is also FDA approved for use for the treatment of trigeminal neuralgia, temporal lobe epilepsy (complex partial seizures), generalized tonic-clonic seizure and bipolar disorder with manic and mixed episodes [4-6].

Common side effects include nausea, constipations, diarrhea, and loss of appetite, sedation and drowsiness. Serious side effects may include skin rashes, decreased bone marrow function and confusion. It should not be used in those with a history of bone marrow problems. Use during pregnancy may cause harm to the baby; however stopping it in pregnant women with seizures is not recommended. Its use during breastfeeding is not recommended. Care should be taken in those with either kidney or liver problems [1,6].

Mechanism Of Action Of Carbamazepine (Pharmacodynamics)

GABA is an inhibitory neurotransmitter that plays an important role in regulating dopamine and glutamate neurotransmission. It was found that patients with bipolar disorder had lower GABA levels, which results in excitotoxicity and can cause apoptosis (cell loss). It is also of interest that chronic but not acute administration of, Carbamazepine are associated with up regulation of GABAB receptors in the hippocampus, yielding this action as a potential convergent mechanism for mood stabilization. Carbamazepine is a GABA receptor agonist, as it has also been shown to potentiate GABA receptors made up of α1, β2, and γ2 subunits. This mechanism may contribute to its efficacy in neuropathic pain and bipolar disorder [7,8].

Glutamate is the universal excitatory neurotransmitter. Carbamazepines are able to weakly block calcium influx through glutamate receptors of the NMDA subtype. Carbamazepine could exert anti glutamatergic effects both by decreased release of glutamate as well as by relative decreases in glutamate's postsynaptic efficacy by inhibiting calcium influx. Antidepressant and mood-stabilizing effects of carbamazepine is linked to its glutamate antagonism [8-10].

Dopamines are major neurotransmitters involved in the pathophysiologic mechanism of bipolar disorders. Antimanic and moodstabilizing properties of carbamazepine could be related decrease dopamine turnover. Carbamazepine is not a direct antagonist at dopamine receptors and exerts its actions on the dopamine system through some other series of mechanisms. Chronic administration of carbamazepine reduced D2 receptor density and D2-like receptor phosphorylation. Dopamine levels have been reported to be increased in the prefrontal cortex after chronic Carbamazepine administration. Carbamazepine does decrease levels of the dopamine metabolite homovanillic acid (HVA) in the CSF of affectively ill patients following probenecid administration, consistent with its ability to decrease dopamine turnover in animals [8-10].

Serotonin are another major neurotransmitters involved in the patho-physiologic mechanism of bipolar disorders. Carbamazepine is a serotonin releasing agent and possibly even a serotonin reuptake inhibitor [10-15].

Effects of carbamazepine on G-proteins and inositol transporter

Norepinephrine’s are major neurotransmitters involved in the patho-physiologic mechanism of bipolar disorders. Studies demonstrated that carbamazepine decreases the release of norepinephrine [10].

Carbamazepine stabilizes the inactivated state of voltage-gated sodium channels, making fewer of these channels available to subsequently open. This leaves the affected cells less excitable until the drug dissociates. By doing this carbamazepine like vaproate decreases influx of sodium ion and increases efflux of potassium ion [8,10].

Metabolized in the liver, primarily by CYP450 3A4. It is renal excreted. The active metabolite is (carbamazepine-10,11 epoxide). Initial half-life 26–65 h (35–40 h for extended release formulation); half-life 12–17 h with repeated doses Half-life of active metabolite is approximately 34 h. It Is not only a substrate for CYP450 3A4, but also an inducer of CYP450 3A4. Thus, carbamazepine induces its own metabolism, often requiring an upward dosage adjustment.

Bioavailability is 80% and its peak plasma levels are reached 2-8 h after a single dose. Carbamazepine is 70-80% bound to plasma protein. The average half-life after a single dose is 26 h, with a range of 18-54 h. However, with long-term administration, the half-life decreases to approximately 12 h (range, 10-25 h). This change occurs with the induction of hepatic P450 enzymes, which increase the rate of metabolism of Carbamazepine itself (auto induction) [10,11]. The degree of Carbamazepine auto induction is somewhat dose dependent but is usually complete after 3-5 weeks of treatment [10,11,13].

Carbamazepine is metabolized in the liver and then excreted by the kidneys, as only 1 percent is eliminated by biliary excretion [10,11,13].

Pre-carbamazepine work up and monitoring

Before starting carbamazepine treatments other causes of mood disorder or manic symptoms, including medical disorders, medications and substances of abuse, should be excluded. Screening laboratory exams should include liver function tests, thyroid function tests, CBC and ECG in patients over 40 years old or with pre-existing cardiac disease. In females of childbearing age, pregnancy should be excluded due to carbamazepine use during the first trimester is associated with teratogenic effect (especially neural tube defect) (Table 1). Start folic acid supplement in women (pregnant) who are carbamazepine [10,16-23].

Table 1: Summary of pre carbamazepine work up and monitoring.

1) Past history of good carbamazepine response (personal or family).

Side Effects of Carbamazepine

Common side effects of carbamazepine

The most common side effects are nausea, vomiting, constipation, diarrhea, loss of appetite, sedation, dizziness, ataxia, confusion. These can be prevented or significantly reduced by increasing the daily dosage slowly [10,19,22-26].

• Carbamazepine may cause life-threatening thrombocytopenia, agranulocytosis, and aplastic anemia in 0.005% of patients. Carbamazepine should be discontinued if the WBC declines to less than 3000 mm, absolute neutrophil count <1500 mm or platelet count decreases to <100,000 cells per mm [10,19].

• In the early phase of treatment transient and minor decreases in blood cell indices may occur and do not warrant discontinuation of carbamazepine [10,19,22].

Long-term treatment with carbamazepine is associated with small degrees of weight gain, which are significantly less than those observed on valproate [10].

SIADH with hyponatremia has been reported [10].

Use of carbamazepine during pregnancy especially associated with teratogenic effect including neural tube defects, such as spina bifida. Preconceptual education and folate- vitamin b complex supplementation for all for pregnant women is necessary. The tearatogenic side effect less in carbamazepine as compared to valproate but higher than lithium [10,24].

Overdose and toxicity of carbamazepine

Carbamazepine is a potent inducer of cytochrome P450 oxidase enzymes, particularly of the 3A4 category so that it reduces in the levels of a variety of other compounds concurrently used with it [31]. Carbamazepine concentrations are known to be increased with concurrent use of antidepressants (such as fluexetine, fluovoxamine, nefazodone), omeperazole, efavirnaz, ratinovir, valproatecarthromycin, cemitidine and erythrpmycin [32]. Its level decrease when administrated with rifampicin. Here are common drug interactions of carbamazepine [10,31,32].

1. Decrease the levels of phenytoin and carbamazepine when given at the sometime.

2. Phenobarbital will lower carbamazepine levels because of microsomal enzyme induction.

5. Lamotrigine and valproate can increase levels of the active metabolite. Patients may have signs of toxicity with normal carbamazepine levels. Carbamazepine will cause decreased valproate levels.

Medications such as erythromycin, fluoxetine, cimetidine, isoniazid, ketoconazole, loratadine, verapamil, diltiazem and danazol inhibit the metabolism of carbamazepine with resultant increase in serum levels and neurotoxicity.

1) Diuretics may cause hypo natremia can occur with carbamazepine alone.

2) MAOI need to be given after minimum 14-day washout due to the molecular similarity between tricyclic antidepressants and carbamazepine.

Copyright: © 2016 Ayano G. This is an open-access article distributed under the terms of the Creative Commons Attribution License, which permits unrestricted use, distribution, and reproduction in any medium, provided the original author and source are credited. 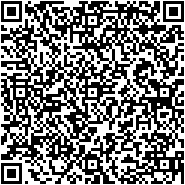