Copyright: © 2017 Kamel MM, et al. This is an open-access article distributed under the terms of the Creative Commons Attribution License, which permits unrestricted use, distribution, and reproduction in any medium, provided the original author and source are credited.

Background and aim: Cancer patients treated with doxorubicin are at high risk to develop cardiotoxicity and hyperglycemia. The present study was designed to compare the effect of the two anti-hyperglycemia drugs; metformin and Sitagliptin, in the prevention of doxorubicin-induced cardiotoxicity in rats.

Doxorubicin (DOX) is one of the most potent anticancer agents, but its use is associated by development of cardiotoxicity that may lead to cardiomyopathy and congestive heart failure [1]. Heart is sensitive to Reactive Oxidative Species (ROS) induced damage because of its highly oxidative metabolism and fewer antioxidant defences compared to other organs [2]. Doxorubicin induces mitochondrial damage which causes continued production of free radicals and release of cytochrome c which induces apoptosis [3]. Doxorubicin-induced cardiotoxicity is usually dose dependent [4]. If the doxorubicin-induced cardiac complications prevented or at least reduced, higher doses could be utilized, thereby increasing cancer cure rates.

The prevalence of glucose intolerance is increased in patients with malignancy especially those treated by DOX [5]. Insulin resistance is correlated with increased risk for cancer. In addition, the rate of tumor recurrence, metastatic spread and fatal outcome is higher in cancer patients with hyperglycemia or type II diabetes [6].

Metformin is an oral biguanide antihyperglycemic drug which can enhance insulin sensitivity [7]. Metformin has been shown to have antioxidant properties and can decrease lipid peroxidation in various tissues [8]. Noteworthy, Metformin significantly improved left ventricular function and survival in vivo murine model of heart failure [9], improves outcomes in patients with advanced systolic heart failure [10] and may reduce the cardiovascular complications in diabetic patients [11].

Sitagliptin is a dipeptidyl peptidase-4 (DPP-4) inhibitor which improves hyperglycemia by inhibiting the inactivation of the incretin hormones, glucagon-like peptide-1 (GLP-1) and glucose-dependent insulinotropic polypeptide. The GLP-1 receptor is expressed in islet cells, kidney, lung, brain, the gastrointestinal tract and in the heart [12]. The DPP-4 inhibitors caused decrease in the expression of myocardial fibrosis-related proteins and markers of cardiomyocyte stress in a rat model of uremic cardiomyopathy [13].

This work aimed to compare the potential protective effect of the antihyperglycemic drugs; metformin and sitagliptin against doxorubicin-induced cardiotoxicity in male Wistar rats.

Animals: Experiments were performed on adult male Wistar rats 200-250 g. Animals were housed for at least 2 days before experiments under a 12 h light/dark cycle. Food and water were provided ad libitum. The study protocol was approved by the Institutional Reviewer Board of Faculty of Medicine, Cairo University and the animal experiments were carried out in accordance with the ethical guidelines of animal welfare.

The animals were classified into the following groups (24 rats each).

Group IV (DOX-induced cardiotoxicity group): Rats were injected intraperitoneally with a cumulative dose of 15 mg/kg of doxorubicin (each dose of 1.0 mg/kg for 15 injections) for 3 weeks (5 injections per week [13]).

Group V (MET+DOX group): Rats were injected with DOX as in group IV and treated daily with oral Metformin (150 mg/kg/day) over the same period (3 weeks).

Group VI (STG+DOX group): Rats were injected with DOX as in group IV and treated daily with oral sitagliptin (10 mg/kg/day) over the same period (3 weeks).

The doses of Metformin and Sitagliptin were calculated based on human therapeutic dose with reference to body surface area (BSA) rule [14].

Biochemical analysis: Blood samples were collected on day one and on day 21 of the experiment from rat tails for measuring serum CKMB and LDH and blood glucose.

On day 21, rats of each group were classified into four subgroups (six rats each) for assessment of electrocardiography, measuring MDA, in vitro study and histopathological examination.

Tissue sampling for lipid peroxidation: Six rats from each group were sacrificed by decapitation under ether anesthesia and hearts were rapidly isolated. Isolated hearts were placed into Petri dishes containing ice-cold isolation medium consisting of 125 mM KCl, 15 mM Tris, pH 7·4. The heart great vessels and valves were trimmed away and the ventricles and atria were cut open and rinsed free of blood. 20% homogenates were prepared with a Potter-Elvehjem homogenizer set at a standard velocity (500 r.p.m.) for determination of tissue Malondialdhyde (MDA) content. Malondialdhyde reacts with thiobarbituric acid producing Thiobarbituric Acid Reactive Substance (TBARS), a pink chromogen, which is measured spectrophotometrically at 532 nm [17].

Measurement of cardiac contractility: Six rats from each group were sacrificed by decapitation under ether anesthesia and hearts were rapidly isolated. The amplitude of ventricular contractions was recorded in response to variable concentrations of isoprenaline (3, 6 and 12 μg) using Power Lab Data Acquisition and Analysis Systems for Monitoring and recording signals from the isolated rat heart connected to the Langendorff’s coronary perfusion set [18].

Histopathological examination: Isolated hearts from six rats of each group were fixed in 10% formalin, embedded in paraffin wax, sectioned (3–5 μm), and stained with Hematoxylin and Eosin. The sections were examined under light microscope and then photomicrographs were taken for assessment of histopathological changes.

Groups treated with either metformin (group II) or sitagliptin (group III) didn't show any significant change regarding any of the tested parameters compared with control untreated group (group I). There was no mortality among rats of group I, II or III.

Doxorubicin in group IV caused significant decrease in mean body weight on day 21 as compared to control untreated group (group I) (P<0.05) (Table 1). It is to be noted that percentage of mortality in group IV was 30%.

Co-administration of either metformin in group V or sitagliptin in group VI showed significant increase in the mean body weight on day 21 compared with doxorubicin group (group IV) (P<0.05) (Table 1). There was no recorded mortality among rats in group V and VI.

Rats received cumulative dose of doxorubicin (group IV) showed significant decline in the level of SBP on day 21 of the experiment as compared to control untreated group (group I) (P<0.05) (Table 2). 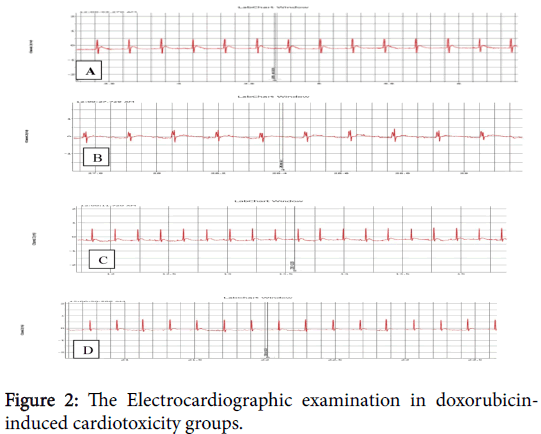 Table 6: The mean Percent changes of cardiac contractility in the isolated rats` hearts in response to isoprenaline in different studied groups. The heart from Groups I, II and III showed normal histologic appearance, that is showing normal arrangement of cardiac muscle fibres, regularity of cell and nuclear membrane, normal nuclear pattern of cells, absent vacuolation of cells, normal blood vessels pattern, no inflammatory infiltration around blood vessels, as well as normal appearances of endocardium and pericardium The aim of the present work was to compare the ability of metformin and sitagliptin to protect the heart against the cardiotoxicity induced by cumulative dose of doxorubicin in male rats which may help in cardio protection of the patients treated with doxorubicin.

Arunachalam et al. [26] showed that doxorubicin can alter glucose metabolism through inhibition of insulin secretion or increase the insulin resistance. Elevation of cardiac enzymes in rats following cumulative dose of doxorubicin was detected by Ref.’s [27,28].

The findings of the present study are in agreement with Aleisa et al. [33] who reported that pre-treatment with metformin could improve doxorubicin-induced increase in MDA in mice and Kelle et al. [34] who detected the protective effect of metformin could reduce cardiac MDA and the serum level of CK-MB and LDH in doxorubicin treated rats.

Metformin through its activation of 5′-Adenosine Monophosphateactivated Protein Kinase (AMPK) reduces the generation of ROS [40] and increases endothelial nitric oxide synthase phosphorylation which prevents the opening of the mitochondrial permeability pores [41]. Also, AMPK can up regulate the activity of peroxisome proliferatoractivated receptor gamma coactivator-1α (PGC-1α), a tissue-specific transcriptional co-activator which plays a key role in regulating energy metabolism and mitochondrial bioenergetics responses [42].

Metformin increases the circulating levels of adiponectin and increase the expression of adiponectin receptors (adipoR1 and adipoR2) in skeletal muscle and adipose tissue [43]. Adiponectin is an adipokine synthesized in the adipose tissue, exerts vasodilator, antiapoptotic, anti-inflammatory and anti-oxidative activities in both cardiac and vascular cells [44] and attenuate the apoptosis induced by doxorubicin [45].

Prevention of the activation of caspase-3 may attribute in the metformin induced cardio protection [39]. The caspase-3 protein is a member of protease (caspase) family that plays a central role in the execution phase of cell apoptosis [46].

Cardio protective effect of sitagliptin may be due to reduction in inflammatory markers by down-regulation of COX-2 expression [47] and iNOS expression [48], decreasing free radicals [49] and nitro oxidative stress parameters (MDA and NOx) by increase SOD activity [50].

Furthermore, sitagliptin may decrease the expression of fibrosis markers as transforming growth factor b (TGF-b1), tissue inhibitor of matrix metalloproteinases (TIMP-1) and collagen (Col1a1 & Col3a1) [52] and vascular calcification marker, osteopontin [53] that is known to be associated with vascular calcification and cardiovascular morbidity in humans [54].

This research did not receive any specific grants from funding agencies in the public, commercial, or not-for-profit sectors.