Critically Analyse the Different Approaches of Eco Health, One Health, Planetary Health and Political Economy and Political Ecology of Global Health to Analyse Current Challenges in the Anthropocene

Lack of address between human and animal health as well as various social, economic and ecosystem aspect negligence is the major reason due to which dealing with the threat of emerging infectious disease with current global health framework is becoming a huge problem.
World Economic Forum has ranked the spread of infectious diseases second top serious global threat after water crisis due to the increasing people mobility, domestic animal as well as insect vector increase. It is noteworthy that recent advancement in global health promotion policies manifests few interdisciplinary approaches, which are remarkably successful in developing a strong collaboration and co-operation between the physician groups and veterinarian groups in order to enhance and upgrade their health standards ensuring the environmental safety, which is, appears to be the crux of “One Health” concept.
This paper critically analyses the different approaches of Eco Health, One Health, Planetary Health and political economy and political ecology of global health with the focus on current challenges in the Anthropocene and give policy recommendation for environment friendly sustainable development.

World Economic Forum has ranked the spread of infectious diseases second top serious global threat after water crisis due to the increasing people mobility, domestic animal as well as insect vector increase [1]. People health suffers when both the quality and productivity of environment they live in, gets altered either naturally or anthropogenically and majority of times situation gets worse when government and economic policies do not make their contribution in acknowledging environmental crisis and its related consequences on people health.

Lack of address between human and animal health as well as various social, economic and ecosystem aspect negligence is the major reason due to which dealing with the threat of emerging infectious disease with current global health framework is becoming a huge problem.

The emergence of planetary health concept opened up ways to sustainable development goals by reducing global disease burden [2]. The dependency of human health on natural environment is explained in the report presented by the Rockefeller Foundation/ Lancet Commission on Planetary Health [3]. It is corresponding to the effort of the Lancet Commission on climate change and takes a wider viewpoint on universal environmental transformation, as a known fact that climate change is the top most important environmental change, affecting human health but with many others, factors working separately or in combination to it [4].

Rising challenge in developing countries is to tackle epidemics and vector borne diseases both at community and at global level. One of the promising solutions to this challenge is eco-bio-social approach, which integrates three components including ecology, biology and society in a single system as a collective approach towards solving health problems or identifying causative agents of disease burdens in a society or communities. Responding to such problems and to seek pragmatic solutions worldwide, “One Health” umbrella was coined that holistically covers all scattered phases of public health articulating “health triangle” including humans, animals, and the environment. The concept is highly recognized, supported and acknowledged by various veterinary legislation and associations [5].

It is noteworthy that recent advancement in global health promotion policies manifests few interdisciplinary approaches, which are remarkably successful in developing a strong collaboration and co-operation between the physician groups and veterinarian groups in order to enhance and upgrade their health standards ensuring the environmental safety, which is, appears to be the crux of “One Health” concept. Under the shades of this concept the veterinary medicine gets an opportunity to work for eco-health (interaction of humans’ and animals with surrounding physical aspects) up gradation to develop a better and sustainable society [6,7].

For humans, animals and ecosystem one health is quite helpful approach along with health professionals especially for veterinary sector. Somehow, in case of complex health issues doubted merit is still a challenge to be looked at. Zoonotic origin infectious human disease such as highly pathogenic avian influenza, HIV and SARS epidemics has created a tough momentum for the notion of One Health. For the prevention of emerging diseases in humans and animals more holistic approaches were established including agreement between the World Organization for Animal Health (OIE), WHO, and FAO [8]. The adoption of “One Health” approach seemed quite helpful when Avian Influenza outbreak was reported in 2004 in various parts of world. A joint framework of “One Health” was proposed by joint venture of OIE/WHO/UNICEF/World Bank along with UN System Influenza Coordination that helped in infectious disease risk reduction for example animal- human ecosystem edges with Influenza and zoonoses [9]. Framework highlighted the interdependency that exists between private and public sector sources for control of similar diseases (Table 1) [6].

Table 1:Framework for policy responses by interlinking key components of global health promotion and their implementation.

Human health promotion and human animal bonding as well as early cancer detection in individuals by means of a dog along with many other community benefits is several other highlighted merits of One Health approach [10]. The initiative of this concept lead to the improvement in global actions and activities addressing health risks at human, animal as well as ecosystem level presenting the better version of world by preventing, controlling, eradicating and responding to the mild and serious epidemic, infectious and fatal diseases related to humans and animals.

Social production of environmental sciences with complementation on its understanding skills regarding of political economic persuades on the environment and resource use along with competing narratives is covered under the umbrella of political ecology [11]. An immense development has been witnessed in this field with the powerful backing of science and technology to understand the interactions and impacts of environmental entities [12,13]. Political ecological approaches basically compares the present and past environmental scenarios keeping a keen eye on the impacts causing factors and various driving force operations at multiple scales knitting a web of interconnected relationships of social and ecological players [14].

In particular, the human health aspect is focused by political ecology of health approach. Mayer [15] advocates the combination of political economy and disease ecology. The need of numerous political ecological traditions was observed as it was witnessed that political ecological approach as a positive outcome in the field of health geography, health decision making, and reciprocal relationship identification between health and environmental changes [16]. Somehow, distinguishing characteristics have been nominated in case of “political ecologies of disease” and “political ecologies of health”. This approach seems to be more holistic, strong and personified sagacity that includes “longstanding welfare and individual agency” keeping in view the gene expression modification when population is exposed to environmental contaminants [17,18]. “How to do a political ecology of health” problem was tackled by the use of Marxist-feminist approaches and highlighting the roles of non-humans [19]. The interactions between the health, political economies and ecosystem changes are being traced out. The ways many institutions, practitioners and stakeholders think and utilize the possessed knowledge is being judged out. The past evidences are the major sources of information and future planning materials for instance the studies related health outcomes due to land use changes in colonial and post-colonial Tanzania [20]. Political and discursive fundamentals of health upshots and interferences have been thoroughly looked at by the political ecologists of health but the challenge is to make its space in the public health policies [21,22].

With the deepening of wealth disparities between north vs. south, the United Nations and WHO delimits use of natural resources that degrade the whole Earth’s ecological system. The cause of existing inequalities between rich (north) and poor (south) nations can be traced to indiscriminate utilization of resources and environmental degradation resulting in emergence of new diseases globally in which the contribution of north is substantially high. This demands social and economic balance, an emerging concept has responded in this context which referred to as ‘Political Ecology’ that deals with how social, economic and political setup can shape the decision making process and policies regarding environmental changes and issues which in return impacts the health of environment and lives of communities associated with it [23].

Political ecology has been concentrated upon four distinct pillars including degradation-marginalization; environmental conflict; conservation; environmental identity and social movement. The degradation and marginalization theme shows desire for economic and political power at the expense of resources degradation and highlight efforts by the industries and governments to improve production systems through decision-making processes that are economically oriented and often lack in sustainability regarding resources usage, conservation and their quality and capacity building approaches.

Concluding the above mentioned, it is evident that no matter natural forest removal in Malaysia for land development led to growth of anopheles mosquito and spread malaria among the forest workers or Lyme disease spread in USA due to during extension of dwellings and human settlements in forest areas where human contact with vectors like mice, deer and ticks possessing Lyme spirochete, was established [15] or the case of Chagas disease in Mexico where societal dimensions failed to control protozoan parasite Trypanosoma cruzi vector due the presence of dogs, chickens and potential refugees close to houses led to infestation [24], all provide undeniable evidence in support of human well-being approaches to be targeted at community level by taking into account ecosystem dimensions. Promotion of universal health coverage, disaster preparedness and ecological damages prevention can strengthen the health system and better disease surveillance help can controlling the up-and-coming infectious diseases. Planetary health entails a high potential to act as a framework for sustainable development as it will be the worldwide major driver of policies in the coming 15 years [25].

Copyright: © 2018 Shaikh I. This is an open-access article distributed under the terms of the Creative Commons Attribution License, which permits unrestricted use, distribution, and reproduction in any medium, provided the original author and source are credited. 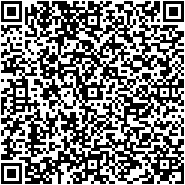