Current Situation and Management of Plague Cases in Madagascar

Madagascar is the most affected country by the plague in the world, where the disease is still endemic and epidemic. 300 to 600 cases are reported annually by the basic health centers and the lethality ranges from 20 to 30%.

The objective of this communication is to share the current situation and the management of common communicable disease and those currently emerging such as plague to the participants of the scientific days organized by the Société de Pathologie Infectieuse de Madagascar (SPIM), held at the Malagasy Academy Tsimbazaza from November 15th, 16th 2016.

In Madagascar, the fight against plague is based on: (i) epidemiological surveillance, (ii) early diagnosis and rapid response to cases; (iii) chemoprophylaxis of contacts, (iv) disinfection of the premises of the patients, (v) disinfection of the huts in and around the homes within a radius of 200 meters, (vi) control of the rats and fleas, (vii) Behavior Change Communication, as well as operational research which are also essential for the success of the program.

Principles of treatment during the case management of plague: free of charge treatment, early and correct treatment, on the spot, and according to the specific standard of the National Program of Plague Control; biological sampling of the bubo and/or sputum to be made with on-site screening using the rapid diagnosis test before implementing the treatment. Streptomycin, at a divided dose, for 4 days relayed by sulfamethoxazole-trimethoprim for 6 days from the 3rd day of treatment is the standard specific treatment for bubonic plague; whereas streptomycin alone is to be administered for 8 to 10 days for the treatment of pulmonary plague.

The plague does exist in the country for more than a century, exactly 118 years. "We are pleased to hear today that men walked on the moon. We hope that one day the plague will eradicated from this planet.

From 300 to 600 cases are reported annually by the basic health centers; The endemic foci are schematically located within two triangles [1,2]; (i) the big triangle in the central highland whose angles are formed by Lake of Alaotra in the North, Tsiroanomandidy in the West and Ambalavao in the South; (ii) the little triangle in the North in Tsaratanana massif.

The fight against plague revolves around the epidemiological triad “rat-flea-man” (Figures 1-3). 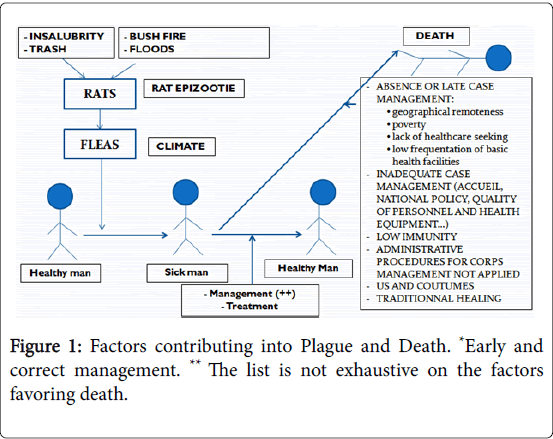 Figure 1: Factors contributing into Plague and Death. *Early and correct management. ** The list is not exhaustive on the factors favoring death. 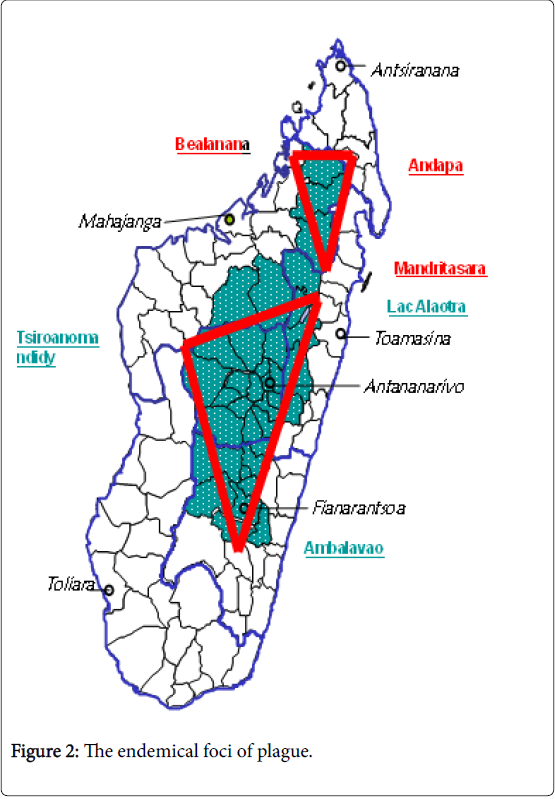 Figure 2: The endemical foci of plague. Figure 3: The transmission mode of Plague.

The real-time plague situation as of 15 November 2016 is summarized as follows:

5) Patient in treatment: 02 in Tsiroanomandidy

In Madagascar, the control is based on:

1) Epidemiological Surveillance, including the surveillance of dead rats at the community level.

2) Early diagnosis of the disease and rapid response around the cases. This treatment is free of charge at the public health facilities following the well-established treatment protocol.

3) Chemoprophylaxis of contacts using Sulfamethoxazole- Trimethoprim at 40/80 mg/Kg/day for 5 days.

4) Disinfection of the premises of patients with Lime Chloride or HTH.

5) The disinsectisation of the household in and around the homes within a radius of 200 meters by the Fenitrothion (organophosphorus insecticide).

7) Action of Information-Education-Communication for behavior change, as well as operational research which are also essential for success of the program.

The principles of treatment

1) Treatment is free of charge.

2) Early and correct treatment (more than 96% of recovery). It has been demonstrated by various earlier studies [3-5] that delayed diagnosis and treatment within more than 3 days after the onset of disease darkens the prognosis and may lead to death.

3) On-site treatment; avoid patient reference or evacuation to stop the spread of germs; for Antananarivo-City only, the case management is carried out at the Center Hospitalier Anti-Pesteux d'Ambohimiandra (CHAPA). In other place, diagnosis and treatment are carried out at the local health facilities CSB, district level hospital, regional level hospital, University health center.

4) No penicillin, the bacillus is resistant to the action of the penicillin [6] but is sensitive to most antibiotics like chloramphenicol injectable, cyclines, sulfonamides, gentamycin, etc. For Meyer, streptomycin (SMY) remains the most effective antibiotic [2].

5) Specific and standard treatment according to the National Plague Control Program.

6) Biological samples (bubo, sputum, post mortem) and on-the-spot screening by Rapid Diagnostic Test (RDT plague), which has been developed since 1997 [7-9], prior the initiation of treatment.

Bubonic plague: Streptomycin for 4 days in a fractional dose to avoid the risk of massive bacterial lysis that can lead to endotoxic shock, relayed by Sulfamethoxazole-Trimethoprim for 6 days from the 3rd day of treatment. An adult patient will receive, for example, 10 grams (10 vials) of SMY during the treatment period of a total of 8 days [9-12].

Pulmonary plague: Streptomycin only 22 gm of SMY in 8 days for an adult.

The plague is present in Madagascar for over a century, exactly 108 years. All the interventions to be undertaken in the fight against this scourge require effective intersectoral collaboration.

We will conclude our presentation with these few hopeful words by saying: "We are happy to learn today that men have walked on the moon. Let us hope that one day the plague will disappear from this planet”.

Copyright: © 2017 Rahetilahy AM. This is an open-access article distributed under the terms of the Creative Commons Attribution License, which permits unrestricted use, distribution, and reproduction in any medium, provided the original author and source are credited.